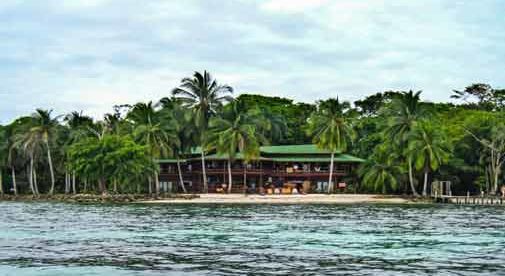 A travel-and adventure-filled retirement might not be for everyone, but for Chip and his wife, Bonny, it has been a life-changing experience. Six years ago, they left the comfort and security of their home in Florida to explore the world and they haven’t looked back.

“We soon discovered that our budget would drop by more than half when we left the States, and, with some frugality, we could wander the earth for as long as we liked living well,” says Chip McKenney. “Could we literally travel the world on a Social Security budget? This seemed unbelievable but, as the years began piling up traveling, we found it to be true.”

Before they met, they had both traveled extensively throughout the U.S., but during the first 20 years of their marriage, busy with careers and raising their son, they rarely had the opportunity to travel.

On their home office wall, they had a giant world map covered with pins marking the places they hoped to visit one day. They created fantasy itineraries and took as many short trips, mostly to the Caribbean, as time and money allowed.

In the summer of 2011, they found themselves jobless and they had no desire to remain in Florida. A few years earlier, they’d sold their house and downsized to a rental, making their decision to leave even easier. So, they studied their map of dreams and started working out the finances of long-term travel, selling nearly all their possessions before they left.

Their travels have taken them to Central America, Europe, and Southeast Asia, as well as Morocco and Fiji. Last year alone, they lived in Panama for three months; in Sintra, Portugal for two; and visited London, Brussels, Venice, Lisbon, Porto, the Algarve, Barcelona, Granada, Seville, Malaga, and Barbados.

They visit friends and family and take care of any necessary paperwork when they pass through the U.S. once or twice a year. In the past six years, they’ve spent less than 30 days annually there.

Although they agree on most places they visit, they take turns choosing destinations so they each get to see their favorites. Bonny loves the art and architecture of cities, while Chip prefers a more rural experience. He says, “It’s a balance. But we’re both crazy about history.” Bonny says they’re not trailblazers, but they like to explore the culture, history, art, architecture, foods, and beliefs of each place.

Trip planning is time-consuming, but they now consider it their job, usually planning far in advance. “We travel around the world on less money than it cost us to stay home,” Bonny says. “Slow travel helps us live the life we want. It allows us to dig deeper into the communities we visit and helps us maintain our Social Security budget. Our average annual budget over the last six years is $2,200 a month for two. This includes all transportation, rent, utilities, internet, medical insurance, medical and dental costs, groceries, restaurants and entertainment, clothing, mail service, Skype, visas and foreign fees, and a personal allowance.”

They mostly use public transportation, one-way tickets with budget airlines, and, sometimes, repositioning cruises. They typically stay from three to six months in a country, depending on visa restrictions, and find the longer they stay in a place, the cheaper it becomes.

“We’re both 65. One of the reasons we’ve been traveling is to find a possible part-time home base, where we could return part of the year when we’re older,” Bonny says. “We like several possible places and are still looking for more. We hope to be able to travel at least part of the year, health allowing, for the rest of our lives.”

“Our lifestyle now resembles our previous one in no way,” Chip says. “Previously we both were trying to fit life in between our jobs and commitments. Since leaving everything behind, we have no commitments or jobs per se. It is a simpler lifestyle that suits us at this point. I love being a citizen of the world; having a favorite barber in Barcelona and a favorite café in Nha Trang.”

Thinking of Moving to Panama?

The Cost of Living in Panama

Everything you Need to Know About Living in Panama