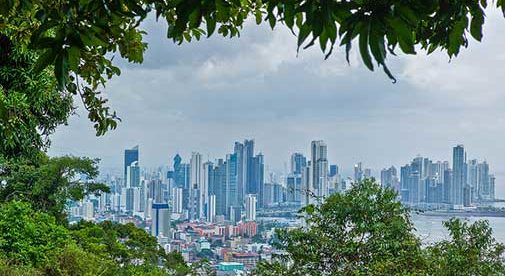 I’m about to buy a luxury condo in Panama…

That was early in the days of my international global real estate scouting career. I had plenty of good reasons to head to Panama. I knew there was opportunity for good money to be made.

There was a wave of development in Panama City, the country’s capital. That window of opportunity was brief, but worth serious upside to anyone who got in before it closed.

After it closed, I watched and waited for the next Panama opportunity.

I waited for well over a decade…

And now the opportunity is back with a vengeance. I’ve identified not one but two opportunities to double your money in Panama. One of those is in Panama City. The other is on the nicest, closest beach to Panama City—a best-in-class, master-planned community where I plan to buy, along with fellow Real Estate Trend Alert members in a matter of days.

Better yet, because of RETA‘s group buying power, we’re getting a piece of what I call “the Great Bailout”—a national program known to only a few insiders and the reason we are saving $65,000 on this killer deal…that’s on top of a RETA-only discount.

I figure on gains of $136,000 five years after delivery. Almost double what I made on the Panama deal I got in on 15 years ago.

But I don’t waste my time on things I can’t control.

I focus my attention on the most important things I can do right now to secure my future and provide real and lasting peace of mind.

By owning income-producing real estate in stunning locations you can enjoy the best the world has to offer. You can protect your wealth by diversifying your assets, and open yourself up to bigger opportunities with exceptional profit potential.

However, there have been few years as exciting as the one we’re in right now.

Since the beginning of the global crisis in March, we’ve had a run of opportunities that have been unparalleled. We’re getting more deals…bigger deals…at deeper discounts than we’ve ever seen before.

In the last few months, we’ve had barrage of deals that have delivered six-figure discounts apiece…

And in Spain, RETA members have locked in 50% discounts on stunning condos in one of the most sought-after locations on the Costa del Sol.

In Panama, for instance, we’ve taken a huge discount—a savings of more than $60,000—on luxury homes a short stroll from the beach.

In Tulum, we’ve locked down spacious, two-bed, luxury condos from a ridiculously low $143,000. Condos in the same neighborhood that are half the size have an asking price of $210,000.

On another deal from Tulum earlier this year we’re already seen significant paper gains. I brought RETA members the opportunity to buy two-bed homes for just $149,000. Today the asking price for these two-bed homes is $189,000. In fact, I’ve seen one broker advertising them for $199,000.

Collectively, RETA members have already saved millions in discounts, and locked in many more in potential profits.

Like I say, I’m organizing myself to buy in Panama.

It gives me a huge thrill of excitement. I’ve waited a long time for a buying moment like we’re seeing now, and I don’t plan to sit it out.

What we do now and in the coming months will shape our future…and if we play it right, we can put ourselves on a path to wealth, income, and a healthy retirement.

The Mainstream Media Have It Wrong About Real Estate