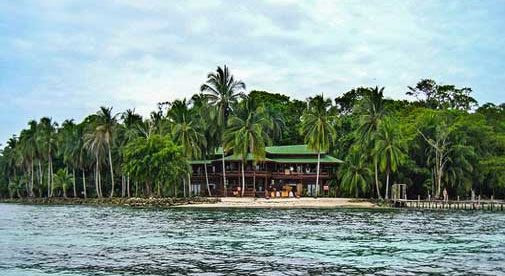 Bocas del Toro is ideal for those seeking an off-grid life.

Before Panama was a blip on their radar, Fred and Renee Proctor, originally from New York and Boston, lived a dream life. They spent 11 years sailing their charter boat, the Pepper, around St. John in the U.S. Virgin Islands.

“I want your job” was a constant refrain from customers who had enjoyed a day aboard the Pepper.

Though it was fun, Fred and Renee worked hard, even taking a second job cleaning and caring for a luxury villa. They lived for sailing and snorkeling the bright turquoise waters around St. John…they were hooked on the Caribbean life.

Unfortunately, life kept getting pricier in the Virgin Islands. “We’d go grocery shopping, and broccoli would be $7 a head,” says Fred. Buying property was out of the question. “Even a fixer-upper cost at least half a million.” Then one day their landlord told them he wanted to almost double the rent on their cottage…from $950 a month to $1,800.

“We said, ‘Let’s think ahead. We can’t retire here.’ We started researching places from Puerto Rico on…all the islands, down the chain,” says Fred. Though there were plenty of possibilities, many were in the hurricane zone.

“Plenty of people had mentioned Costa Rica to us. But then we started hearing, ‘Have you been to Panama? It’s going to be the next Costa Rica,’” says Renee.

Both countries have a lot to offer and are outside the hurricane belt. They decided to visit—and they were instantly drawn to the Caribbean region of Bocas del Toro.

Busy Bocas Town occupies less than 10% of the archipelago’s biggest island, Isla Colón. Head away from that little grid—a five-minute drive—and you’ll see a part of the island that is green and serene.

Here Fred and Renee found a small community called Vista Linda. Their Bocas-style tropical hardwood home sits on a gently sloping hill. Steps lead from the front door to a big garden where Renee spends many happy hours, planting and pruning. Hardy jungle specimens like lobster claw and bird-of-paradise flourish, punctuating the green with sunset shades of orange and red. The garden provides sustenance, too. “We grow papayas, bananas, coconuts…we even have a passionfruit vine,” Fred says.

The community features less than a dozen houses, occupied by people from different countries. “We like that it’s very international, which wasn’t our experience on St. John. It was very American,” says Renee.

“Here our neighbors are Swedish, Italian, Argentinean, and American. Up the street is our German neighbor’s villa, and we have a new French neighbor. Across the street is a local farm—‘rush hour’ is around 7 a.m., when the sheep come down the road to graze. You couldn’t pay me to live on another island,” Renee says.

The cost of living is also low…much lower than in their former hometown. “We get beer and water delivered to our home,” says Fred. “A case of beer is $13, delivered right to your door. I can just hop on my bike and ride to town if I need something. Water is just under $6 a month, and we pay $100 a month for our electric bill. We spend $400 to $500 a month on specialty meats, plus groceries. We can get a bag of veggies for $8.50.” It’s a far cry from that $7 head of broccoli back in St. John.

Though they’ve made friends and have occasional visitors, the pair enjoys the quiet life. After the many customers they took out on the Pepper, they no longer feel the need to socialize a lot, even if Isla Colón does provide countless opportunities.

“We enjoy sitting on our deck and having happy hour here,” says Fred. “We listen to music, and Renee loves to cook.”

In moving from one Caribbean paradise to another, he and Renee have found their forever home…one that they can afford in retirement. They do go back to the States now and again. “But I’d never go back to stay,” says Fred. “Visits are enough.”

Life is a Paradise in Bocas del Toro, Panama with $375 Rent