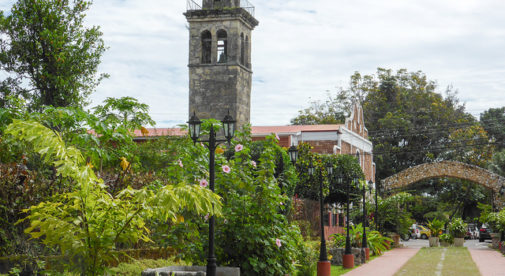 “For the longest time, I considered myself a nomad; a self-proclaimed gypsy roaming the world,” says Joe Yaker. “Eventually I ended up in Panama, after quite a few years living in New Orleans, where I did film work.”

Now a digital content marketer, Joe live in San Carlos, in the Panamá Oeste Province, about an hour’s drive from Panama City, where he helps raise his two daughters.

“I knew there was a lot of room to explore some professional growth here,” Joe says, when asked why he decided to move away from the U.S. “In fact, I did some television work at first, then moved on to corporate communications, before settling down as a marketer.”

Joe describes Panama as positively wonderful. He loves the fact that he can visit two oceans within the same hour, and that he can hike up Volcán Barú, the highest point in Panama, and actually see both oceans at the same time.

“I love the tropical climate, and the fact that I can take shelter in the cooler highlands of Chiriquí if the weather gets too warm,” he says. He can be in the city one moment, and then at a secluded beach the next, then up in some mountains, all in the same day.

Describing the roads in Panama to be quite busy, but no more than in New Orleans or any major city in the U.S., Joe also says that with the U.S. dollar as the official currency of Panama, money wise makes, it a breeze.

“I guess the main difference is the fact that people here are energetic,” says Joe. The zest for life is palpable everywhere he goes. “I don’t mean to say in the U.S. they’re not, but it’s just something about the tropics that makes people…salsa-ish.”

Joe’s home is near the beach, with trees surrounding it and providing a nice shade from the sun. “Not that I mind that sun when I take some time off and go swim at the beach or at a pool, basking in the warmth while the water cools me off.”

“The people all smile,” he says. “There’s no reason not to, so far from the hustle and bustle of a car-packed metropolis, polluted with the noise of honking cars. Here, the only sounds are birds chirping and creating a soothing symphony that greets me every morning and lulls me to sleep every night.”

The cost of living in Panama is kind to Joe and his family. “The beach areas are cheaper,” he says. “Panama in general isn’t expensive, unless you only visit tourist spots.” As long as you know where to go, you can get a nice dinner for under $5.

Joe owns a nice house with a pool, a guest home, and enough lawn space for his kids to run and play safely. Because it is in the beach community and he purchased at the right time, his total cost was under $250,000.

Joe works remotely so that he can work from anywhere. His day typically starts with breakfast with his family, followed by taking his daughters to school, and then finding a nice, quiet place to settle in and get to work on his digital marketing income. “I don’t have a schedule per se, but I do take my daughters to school and pick them up, so that’s one thing that’s fixed,” he says.

Of all the components he loves about his work life, the thing he loves most is the freedom to wake up, finish everything quickly, and then taking some time to dive into the pool and enjoy life. “It’s not about not having bosses,” he says. “It’s about making time to enjoy life and not let work become a hardship to endure but rather a harmonious aspect of your day-to-day.”

“I knew I wanted remote work, which is not common in Panama, so I had to learn the skills that would let me find work outside of the country.” Panama charges no tax on income earned outside of Panama, which makes it ideal for remote work.

“Panama has a lot of options in terms of environments, from cities to small towns, beaches to mountains. Know what you want, make a list of places and find out if each place has every amenity you might need, then try it out for a few months before making it official. Once you do the proper planning, you will find the experience is smoother, and you will be all the merrier for it.”

Why Pay U.S. Costs? Create Your Dream Business in Panama

I Spend Half My Time in Chiriquí, Panama…But It’s Not Enough