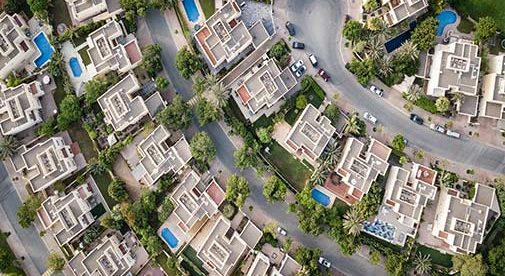 As real estate investors, there has never been a better time to borrow money…to use leverage.

Leverage works by using someone else’s money to buy a property, thereby minimizing your initial investment and freeing up your cash flow.

Right now, we are in a historic low interest rate environment. That means money has never been so cheap.

In Europe, for instance, some lenders have started offering 0% mortgages. And North Americans can borrow up to 80% loan-to-value on a property at interest rates less than 3%.

Well, lets compare it to a time when interest rates were not so good.

Not such a hot deal.

With low interest rates, however, you’re paying little over the value of the home. For instance, at an interest rate of 3%, the same home would cost you just $364,266 over 30 years… And remember, you’re using someone else’s money to do it.

This is the power of leverage…

Historically speaking, there’s never been a better time to take advantage of it than right now…

And as my senior researcher, Margaret Summerfield, explains, there’s more than one way to take advantage of financing. With our RETA-only deals, for instance, members get built-in attractive payment plans and developer financing—allowing for big upside potential.

Why You Should Pay Attention to Leverage

In the late 1980s, a friend of my husband’s bought his first house in the UK.

He had a good job but limited savings. That wasn’t a problem with his bank, who told him there was flexibility on the loan-to-value they could offer.

He found a house he liked and met the loan advisor at the bank. The house needed some work, he told the loan officer; the windows and heating furnace needed replacing.

The bank offered him a 100% mortgage. And, then added an extra 10% to cover the cost of replacing the windows and furnace.

My husband’s friend promptly spent the 10% on a family vacation. The furnace and windows, he reasoned, could wait.

Roll on a few years, and things weren’t going well. His mortgage was variable rate, tied to the market. And mortgage rates were spiraling. In 1987, when he took out the mortgage, they were almost 8.3%. By 1989, they were north of 14%.

He was struggling to stay on top of the mortgage. He simply couldn’t meet the monthly payments. Family and friends pitched in with some cash, but it wasn’t enough.

Eventually the bank foreclosed. And then sold on the house for 30% less than the mortgage. That left a large unsecured personal debt that he was still responsible for…

I recalled my husband’s friend when asked a question recently about how real estate prices in Belize had fared over the last decade. More or less steady (on the type of property that foreigners buy in Belize) was my response. One big reason for that is lack of leverage.

In Belize, you can’t get bank finance as a foreign buyer. You pay cash. That has its disadvantages—it ties up your capital—but it has one big upside. It cushions the market.

My husband’s friend was one of countless people in Ireland, the UK, and other parts of Europe who accessed cheap, high LTV bank loans in the 1980s, 1990s, and early 2000s. As real estate prices rose, there was a panic to get a foot on the ladder. It was particularly acute with first time buyers. If you didn’t buy now, the reasoning went, with the way prices were soaring, you might never own a home.

Of course, that fueled a buying frenzy which only jacked prices up even more.

The banks helped facilitate this with easy credit. That 110% mortgage was far from unique. The old mortgage rules were thrown out the window. Pay slips and income declarations should have limited what banks would lend. But too often, the mortgages offered were out of whack with income.

What usually follows a mega-boom is a softening or a bust. There’s a collapse of confidence. Central banks get jittery. A major financial institute or big conglomerate goes belly up, unemployment numbers start to rise, interest rates go up. Mortgages slip into default. Foreclosures become more frequent.

It’s definitely a plus for real estate markets and buyers when banks are happy to lend (and, in the case of Spain and Portugal in particular, happy to lend to foreign buyers as well as locals). But in places like Placencia, Belize, where foreign buyers are a sizeable chunk of the market, cash is king. That means less liquidity—a smaller pool of buyers when you want to sell. But it also means there’s less likelihood of a market-wide crash; homeowners have a lot of skin in the game. You do come across individual sellers in crisis, with commitments or financial calls back home, who slash their asking price for a quick sale. But you don’t see prices across the board plummet to 20% or 30% of peak values, as they did in Ireland after the 2008 economic crash.

This is why some of the best deals in RETA are in emerging markets, without easy bank finance. They’re places where foreign buyers usually need cash. But many of these deals come with built-in attractive payment plans and developer financing, so RETA buyers can spread their payments and not tie up capital. It’s a major benefit of RETA membership—developers don’t typically offer finance to every foreign buyer. It allows members to have a second home or investment property with big upside potential…and with finance.

Helen says: Hi Ronan, my husband and I are very interested in investing overseas. I am retired and he’ll be retiring in two years. We are looking for an investment that we can rent out to create income, and then, within a few years, move in to. We have a modest nest egg and would like to know what we can purchase that will not go over $150,000. We loved Tulum, Panama, and Costa Rica. I look forward to hearing from you as to how to become a member and investment opportunities.

Right now, there are a number of RETA opportunities that match your criteria—and more deals coming down the track. However, since you’re ultimately looking for a home for yourself, you should look beyond the investment angle and consider what your personal preferences are, as each destination is a very different prospect. Then, once you’ve narrowed down your preferences, you can talk to the RETA concierge about the most suitable deals for you.

Why You Should Consider a Master-Planned Community

Caribbean Living for a Third Less Than California