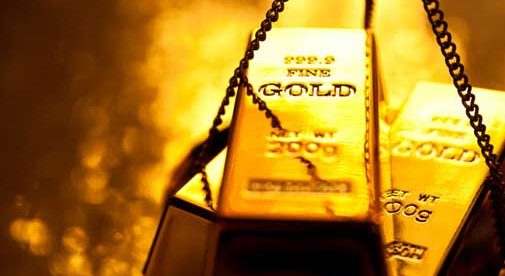 Gold has tangible value. Unlike the money in your bank or the cash in your pocket, gold is an asset with intrinsic worth. It has been valued for thousands of years—and that’s not about to change.

In a banking crisis, U.S. banks may confiscate your money. This happened in Cyprus with the infamous “bail-in” of defenseless depositors. Those with more than €100,000 in the Bank of Cyprus lost 40% of their money. Properly held gold, on the other hand, can’t be bailed in.

Gold has a long track record of keeping its value. Over the last century, the U.S. dollar has lost more than 99% of its value in terms of gold. But you can still buy a nice suit for an ounce of gold, just as you could a century ago.

You may already have gold safely stored at home or in a domestic vault. While that’s a smart plan, there is an even safer way to store your gold: Keep it overseas.

If all your wealth is in the U.S., it’s vulnerable. If you are sued in the U.S. (a one-in-three risk for U.S. citizens) and lose, a creditor can foreclose on your U.S. assets, including your domestic gold. Gold stored overseas, however, is much more difficult for creditors to seize.

Second, there’s political risk. In 1933, Franklin Delano Roosevelt forced all gold-owners to turn their holdings over to the government. I don’t think a recurrence is likely, as gold is no longer the standard to which we peg our money. But moving your gold overseas gives you peace of mind.

Of course, it’s possible that the country you move your gold to could enforce a U.S. general gold confiscation order. But that’s never happened before. And in countries like Austria, Switzerland, and Singapore, doing so would violate their own ultraprotective wealth preservation laws.

As in the U.S., with international storage of gold, you have three options:

This is storage at a physical location to which you have direct access. It could be a hidden compartment in an apartment in Paris, or a safe deposit box at a private vault in Singapore. Direct storage is the most private option, but you must travel overseas to retrieve your gold, or appoint a trusted agent to do so. Theft may also be a risk.

Gold coins or bars that you own are stored in a bank or (preferably) a non-bank private vault. Allocated storage means that you are the legal owner of the gold, so it cannot be seized by the bank’s creditors. This is safer than ‘unallocated’ storage (see below), but often comes with higher fees.

The safest strategy is to keep gold in a variety of forms and locations offshore. For instance, I hold shares of non-U.S. gold mutual funds and have holdings in non-U.S. vaults.