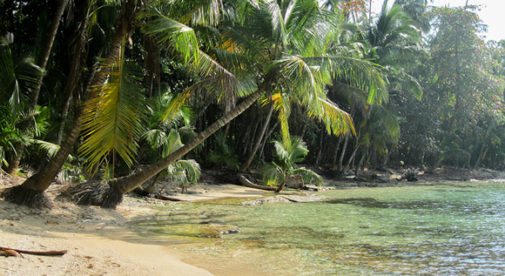 If the lure of a better life overseas is strong, but you’re worried about the logistics of managing your money in a foreign locale, take heart. It’s not as complicated as you may fear. Bank accounts…Social Security…credit cards…exchange rates…our team of expat experts weighs in here with lessons learned and real-world guidance to help you manage your money abroad with confidence and ease.

Banking: “It can be useful to have a bank account in your adopted country,” says IL Correspondent Edd Staton who moved to Cuenca, Ecuador five years ago. “Some banks allow you to automatically deduct recurring bills like utilities or rent instead of having to pay in person. And in Ecuador if you are 65 or older, you are entitled to retiree refunds on sales taxes for many everyday items. If you want to get them though, you need an account for the money to be deposited after you have turned in your receipts.”

“Establish a local bank account with a national bank that is a member of one of the major ATM networks,” says veteran expat Dan Prescher, who has lived in Mexico, Nicaragua, Panama, and Ecuador.

“Also choose a bank with a branch in your neighborhood for easy access, and establish a personal relationship with the bank manager as soon as possible. Banking is still a very personal thing in many countries outside the U.S., and having a good relationship with your local banker can make banking abroad much, much easier.”

“It’s best to choose banks that have been in business for many years and have good credit ratings,” says IL Editor, Suzan Haskins. “Ask if deposits are insured and to what amount.”

The IRS now requires most foreign banks to report their business with U.S. clients. You can check if a particular bank is obliged to do so at Irs.gov.

“Be sure to visit a bank and find out the requirements, as they are changing,” says IL Belize Correspondent Ann Kuffner. “Do so on your initial trip so you know what documents will be required. If you are a U.S. citizen, you will have to provide your Social Security number to open an overseas account of any kind.”

Social Security: You can have your Social Security deposited directly into your account in 69 countries around the world, among them popular retirement havens like Belize, Mexico, Panama, and Ecuador.

“It’s easy to get your Social Security benefits abroad if you wish,” says IL Mexico Editor Glynna Prentice. “Arguably the easiest way to get them abroad is by electronic transfer to your local foreign bank account in the foreign country. (For a list of countries and other information, see here).

However, “not all foreign banks will accept direct deposits of U.S. Social Security checks, so if you want your Social Security delivered to a local bank, make sure to choose one that does,” says Dan Prescher.

“Keep in mind,” says Glynna Prentice, “that if you have your benefits direct-deposited to your foreign account, your bank will likely convert your entire Social Security amount into the local currency. If you want to keep some of that money in dollars, have your Social Security deposited into a U.S. account, and then make ATM withdrawals abroad or wire funds to your local foreign account as needed.”

Bear in mind that an overseas bank account still has to be reported to the IRS.

Cards: “When you live overseas you need to have both a debit and credit card to get by,” says Ann Kuffner. “That means you need to maintain an address in the U.S. in order to get these cards. The trick is to find cards that won’t charge you a high percentage each time you use your card.

“Schwab is excellent in this regard. If you open a Schwab brokerage and bank account they will reimburse you for any fees charged at an ATM, whether in the U.S. or abroad. Likewise, some credit cards do not charge an extra fee when you use them overseas. Chase’s Blue Sapphire card is one example. And Schwab also offers a special credit card that does not charge overseas fees. Also, some airlines offer credit cards that don’t charge overseas fees. United and American both offer such cards.”

“I’m a big fan of keeping a good U.S. credit card that doesn’t charge foreign-exchange fees,” says Glynna Prentice. “Especially if you travel much internationally, a U.S.-dollar credit card is useful to have. Most of the U.S. companies that offer higher-end cards have good 1-800 numbers you can call if you lose your card, for instance. And, let’s face it: Most of us still think in dollars. If you’re traveling from country to country, wouldn’t you rather be calculating prices in dollars than in, say, pesos or bolivares?”

Exchange Rates: “It’s important to keep an eye on exchange rates,” says IL Southeast Asia Correspondent Keith Hockton. “In January 2014 you got $1.21 per pound sterling. At time of writing you get $1.57. So watch the exchange rate and you’ll soon get a feel for what is taking place.”

If you’re transferring large amounts of money (say, $10,000 or more) your best bet is to make use of a foreign-exchange broker, or forex broker. These typically charge low rates of commission (i.e. under $20) or none at all. Like many industries, forex benefits from economies of scale, and so brokers working for larger institutions with more money flowing through them will often be able to offer you better prices and better information.

“It’s best to only exchange the money you know you will need to live on overseas,” says Ann Kuffner. “We change our U.S. dollars to BZ dollars every few months. Of course, if you are living in a country where the currency is strengthening, it’s better to exchange enough for a year at a time, if you plan to live in the country fulltime. And in a country like Ecuador that uses the U.S. dollar, this isn’t a concern.”

“Except when I know I have a big, expensive project pending—like house construction, for instance,” says Glynna Prentice, “I prefer to keep no more than a few thousand dollars’ worth of local currency in my Mexico account. The dollar has historically been stronger than the peso, so I haven’t worried about foreign-exchange loss. Plus, having more than $10,000 in foreign accounts in any tax year means filing an FBAR with the U.S. government. That’s just another layer of form-filing I’d like to avoid—and, in the past, the penalties for not filing have been exorbitant.”

The Report of Foreign Bank and Financial Accounts (FBAR) must be filed if you have $10,000 or more in any combination of foreign accounts. If you have hit the magic number, you must report the maximum amount held in each of your foreign accounts during the tax year.

Taxes: “As an American citizen, you must pay taxes wherever you live,” says Ann Kuffner. “You will pay taxes on your pension or IRA income and any investment income. Some expats think they no longer need to file income taxes if they aren’t earning an income. That is not the case. With very few exceptions, every U.S. citizen needs to file a return, and the consequences for not doing so are serious.”

“The simplest way to take care of foreign taxes is to get professional help,” says Dan Prescher. “Foreign bank accounts, trusts, and foreign earned income all have tax repercussions in most countries. Also make sure you are tax compliant in your destination country with a local professional.”

Get the Best Deal on Foreign Exchange

Bankers often want you to think that foreign exchange (forex) is complicated to scare you into paying for their services. But in truth, the foreign exchange is nothing to be afraid of. And by going to the right people, you can go a long way towards getting great value for your dollars.

To get the best deals, go through a foreign exchange broker rather than a bank. Unlike banks, who work from the same fixed price, forex brokers edit their exchange rate in line with currency fluctuations throughout the day. This gives you a much more accurate reflection of the current exchange rate and can help you time your move to ensure you get the greatest value. It’s important to remember, though, that waiting too long for a better deal can backfire if the exchange rate starts to go against you. Fortunately, a forex broker can advise you on the forecasted movement of a currency and help you time your transaction better.

If you’re worried about missing out on the very best exchange rate, fear not; a broker can also set up a take-profit order or stop-loss order, which can be executed at any time of day or night. So for example, if you would like to get 17.5 Mexican pesos for every U.S. dollar, your order would not activate until that exchange rate had been reached. This guarantees you get the best value for your money that day, even if it happens after business hours when you’re curled up in bed.

If ordering a large amount of a foreign currency, be sure to leave enough time for the payment to be processed and your order to arrive.