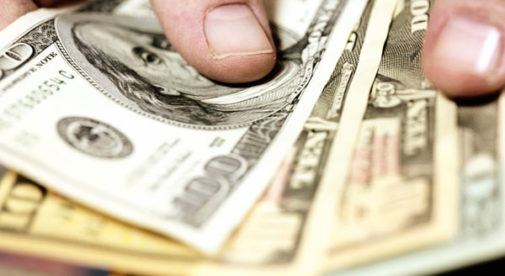 When I “decided” to get rich, I didn’t know the first thing about creating wealth. I was an editor. I wanted to be a novelist. I’d never taken a course in finance or economics. Plus, I was broke.

But I had a great advantage. I was working for a human wealth machine—a man who, at 43, had already created three hugely profitable businesses. He adopted me as a surrogate nephew/son and taught me everything he knew about making money.

I retired 12 years later with a net worth well in excess of $10 million.

I didn’t stay retired. After two years, I went to work as a business consultant at Agora, one of the largest and most successful consumer newsletter publishers in the world. Agora’s founder, Bill Bonner, allowed me to learn more by giving me carte blanche to test and refine and sometimes rethink what I’d learned from my first mentor. As a result, my wealth has multiplied many times over.

At 50, I “retired” for the second time, gave up my get-rich goal, and replaced it with another. I was going to be a published writer. In the next 10 years, I wrote and published a dozen books and thousands of essays, most of which were about what I knew: entrepreneurship, marketing, management, and wealth building. And although it was no longer a priority, my net worth grew.

I’d like to think that my observations and advice are somehow better now. At the very least, I’ve been able to go wider and deeper in terms of thinking about wealth, how it is created, how it is invested, and how it is lost.

Why am I telling you all this?

Maybe because I’d like you to think that when it comes to the subject of building wealth, I have some insights that might be useful to you.

1. Your Retirement Goals Are a Mistake.
The biggest mistake retirees make is giving up their active income. As an International Living reader, you’re likely thinking about retirement or it’s something you’re working toward. I imagine that looks something like never having to work again and spending your days on the golf course, at the beach, or with grandkids.

And while that’s fine for a while, take it from someone who’s tried to retire three times over the past 20 years (and even had the money to do so comfortably): The biggest mistake retirees make is giving up their active income.

By active income, I mean money you make through your labor or through a business you own. Passive income, on the other hand, is what you get from Social Security, a pension, or a retirement account.

It’s a very common mistake. And a serious one.

I’m not saying you should give up on the idea of retirement. I’m saying you should think of retirement differently. Instead of spending 80% of your time working for money and 20% having fun, you can spend 20% of your time working (why not make it a new venture you’ve been daydreaming of or a second career?) and 80% having fun—and be free from financial worries.

2. If You Chase Yield, You’ll Lose
The most important factor in wealth building is not the return on your investment…but the accumulation of net investable wealth (NIW). NIW is the amount of money you’re able to devote to investing after you’ve paid for all your regular expenses—your car, home, debts, and loans.

I distinguish this from savings…which includes money put aside for emergencies or to buy non-productive “things,” like a new car or a boat or a vacation. Your NIW, on the other hand, is money you have to devote toward productive investments.

Now, the average investor chasing yield will normally invest his money in a blend of equities and fixed-income mutual funds. And he typically gets returns that are less than half those of market averages year after year.

This is why the intelligent wealth builder devotes the lion’s share of his savings to increasing his income…while also setting realistic goals for his stock and bond portfolios. By realistic goals, I mean market averages plus or minus 10%.

3. Pinching Pennies Won’t Make You Richer or Happier
Spending money prudently is an economic virtue, but being stingy—i.e., paying less than market value for goods or services simply because you can—is a flaw. The rich man who under-tips does so not because he has learned the value of money but because he is simply a cheapskate. It’s as simple as that.

I don’t believe in scrimping severely to optimize savings. I believe you can live a rich life while you grow rich, so long as you are willing to work hard and you are smart about your spending.

Editor’s note: These are just three of 10 insights that Mark shares about successfully building your wealth…you’ll find them all in the latest Quarterly Wealth Advisory, a publication that is exclusive to International Living Lifetime Society members. He also dispels the most pervasive “facts” about creating wealth that could actually cost you money. Get instant access to this publication and International Living magazine free—for life—when you join the Lifetime Society. The doors to membership are only open for a limited time…so join this elite group here, now.