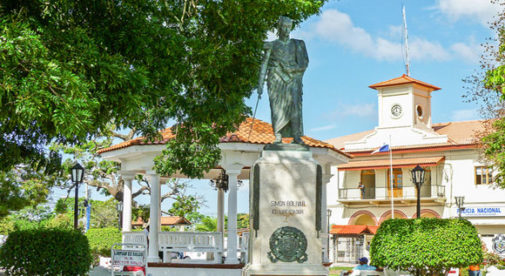 A confirmed urbanite, I loved the big city life. When I decided to run away to the tropics, the dynamic Panama City, Panama attracted me like a moth to a flame. So how did I end up living a life out in the country as tranquil as a Zen monastery? An open mind led me astray.

I’m a planner. Not a control freak, but the unexpected can be problematic when you are in a wheelchair. Like all good plans, I started with research and a couple of exploratory visits. Panama continued to impress me. After attending a relocation conference, I decided to spend a year here before deciding to make a permanent move.

With my plan in place I began to take these steps:
• Rent an accessible house in Panama
• Lease my Atlanta home
• Store the things I wanted to keep
• Dispose of everything else

Before making my final travel plans I spoke to the Colorado owner of my rental house. When he heard I was coming down alone, he backed out on our deal. The unexpected had happened!

Two months later I found an accessible place to rent further out in the country. I began my life in Panama in February 2012. Living in the countryside, transportation became a problem. Consolidating my travel to monthly grocery trips to either Coronado or Penonomé, two towns nearby, gave me two different perspectives of life in Panama.

After 10 months I was ready to make Panama my home. I bought a car and began to explore where to live.

My year in Panama had changed me. I lost my urban edge. The traffic and construction on my trips to Panama City were much more annoying. Coronado has a strong influence from the mostly U.S. expat community. A lot of activities there allow like-minded people to connect. This was not what I was seeking.

The friendly, relaxed Panamanian culture in Penonomé began to repeatedly draw me back to this area. I loved experiencing a new culture. Life here still tests my Spanish language skills sometimes. I often seem to be missing an important word. However, the people always seem willing to help me understand and are tolerant of the awkward sentences of my improving ability.

Only 30 minutes from the coast, Penonomé’s altitude provides slightly cooler weather. The rolling hills remind me of Georgia. The vibrant main street itself reminds me of where I grew up in the 1960s and 1970s. Abundant small stores, the sidewalks filled with friendly people, and a feeling of community seen in the frequent parades and celebrations. A feeling that seemed to me to be lost in the malls and big box stores back in the U.S.

Farmer’s trucks daily line the left side of the two lane street. I appreciate their enthusiastic assistance when I perform the slightly illegal act of stopping in the street to buy from them through my car window. Oftentimes they offer me an extra item instead of change, like three avocados for $2 instead of two for $1.50.

Finding ramps most everywhere was a pleasant surprise. Frequently short and steep, they, nevertheless, show the desire to provide accessibility. What they are missing is the information for proper design. No ramp is a terrible problem, bad ramps are manageable. I have no problems asking for help up or down a ramp, and normally no problem finding a friendly person ready to help me.

My 10-room house on a cliff overlooking the Rio Zarati is called Tranquility Base because of the peaceful nature here. It cost $120,000, half the price of the small condos in Panama City. My massive porch, 12 feet by 50 feet, overlooking the river transformed the house. A benefit of low construction costs.

Though I started with a plan to relocate to Panama City, having an open mind led me to the interior of Panama.

Living in Panama: Everything You Need to Know