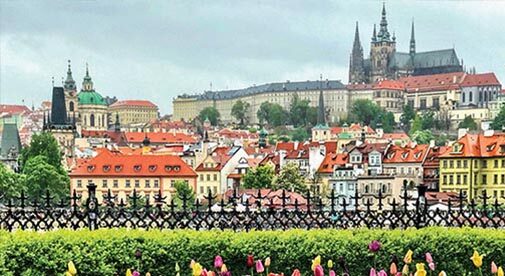 Headlines these days speak to the challenges of living longer than 55 years.

That’s millions of productive, older U.S. workers now in search of a new paycheck. And they’re doing so in a weak economy that won’t return to pre-corona levels for years. Thus, seeking new employment in the traditional economy is likely to prove challenging.

Today, 57 million U.S. workers—some 35% of the workforce—freelance full- or part-time. That includes 30% of boomers and 30% of Gen Xers. More than 30% of Fortune 500 companies employ freelancers for well-paying tasks ranging from social media management to accounts-receivable management.

Among the top 100 in-demand skills at the freelance website Upwork, freelancers are earning on average just under $44 per hour (the equivalent of a $91,000 annual salary). By comparison, the median salary in the U.S. was about $48,700 in the fourth quarter of 2019, according to the Bureau of Labor Statistics.

So what does modern freelancing look like? First, let’s address a misconception that freelancing is mainly for creative and techy types such as writers, photographers, and web designers. In reality, Upwork has identified 8,000 skills across 70 job categories.

In short, you very likely possess a skill someone online is willing to pay for.

“When I talk to people about their own freelancing opportunities, they tell me all the stuff they’re doing now in their career, or what they’ve most recently done before retiring,” my colleague Winton Churchill told me. He’s a freelance expert and the author of book called The “New” Retirement: The Rise of the Gig Economy and How You Can Profit From It. He notes that while boomers and Gen Xers have spent decades in the workforce and have learned a world of skills, we “ignore 98% of our experience base [with] previous jobs, life experiences, and hobbies. We start the conversation and they think they have two or three skills. But afterward, they realize we have a list of 100 things they’ve done. Those are the skills in their arsenal.”

Maybe you excel at Excel but never considered spreadsheet acumen as an income-worthy skill. And, yet, on Studypool.com, people pay for Excel lessons. It’s called “micro-tutoring,” in which students pay $1 to $80 to learn something they need or want to understand. There are tutors on that site earning well into the six figures—and I mean $200,000 to $400,000.

Where to Find Freelance Jobs

By some estimates more than 300 websites and smartphone apps now exist that power the freelance economy. Some are location-dependent services such as ridesharing, food delivery, and home repair apps. Others focus on a work-from-anywhere lifestyle tied to skills that can be performed and transmitted to clients online.

Not all sites operate the same. Though many overlap in certain skills, they tend to appeal to different groups. With most, though not all, you’ll pay a monthly fee for the site to host your profile, and you’ll share a small part of your earnings.

Here are three to get you started on your research:

Toptal hires only the top 3% of the applications it receives, which implies a rigorous approval process. The site’s freelancers come from backgrounds that include stints with the likes of Apple, Samsung, J.P. Morgan, and other such corporate juggernauts. Its focus is narrow: developers, designers, finance experts, project managers, and product managers.

Freelancers here span a vast number of categories from creative to technical to administrative, marketing, and engineering. More than five million businesses use Upwork freelancers, including Microsoft, GE, and Bissell. Freelancers work on one-off projects or complex, longer-term projects. They can either apply for jobs that companies post, or they accept jobs proposed to them by companies.

Freelancers advertise the services they’re selling and wait for clients to contact them. Gigs range from traditional services such as writing, to the more frivolous, such as “sending a postcard from the United Kingdom to anywhere in the world.” Freelancers here can post multiple gigs, making Fiverr a great site to market a range of talents.