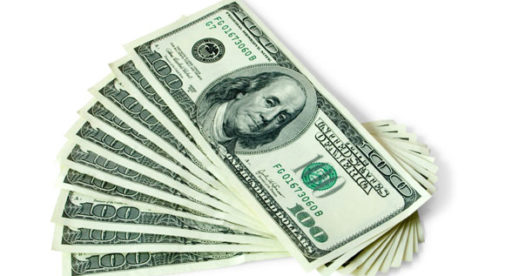 Most people think that Social Security is “set-it-and-forget-it”: Once you start up your benefits it’s a “done deal” from there on. Unfortunately, most of us “set-it-and-forget-it” without first understanding how the program works. The result is usually a costly loss in cumulative lifetime benefits. Yet our initial claim doesn’t have to always result in a “done deal”: This is a mistaken impression that leads to all manner of errors…and loss in benefits.

What if you started your own benefit and later learned that you could have made a better claiming choice? Wouldn’t you like to have the option to start over again? Sure you would…

Consider this example (based on a real-life case I’m working on). Carl started his own benefit in February 2016, when he turned 66 (full retirement age). He has received three benefit payments so far of $2,000 each. In April, Carl heard me talk at an International Living conference and learned that he would have been better-advised to have waited until age 70 to start his benefits—a strategy that usually pays off for those who choose it—to the tune of tens of thousands of dollars of extra lifetime benefits.

Worse, he learned that he had other options he never considered because he was completely unaware of them. No one told him about this when he signed up for his benefits either: He did so online.

What Carl learned is that he could have filed for a different benefit, not his own… It turns out that he was previously married and he had the right to claim a benefit of $850 on his ex-wife’s account (it doesn’t cost her anything) and collect that benefit for 48 months for a total of $40,800. Then, at age 70, Carl can switch to his own work record benefit, which has grown in the interim to $2,640 per month (plus any inflation that occurred during those four years between 66 and 70).

Think about that: Carl probably should have waited until age 70 to collect his maximum potential work-based benefit of $2,640. Yet while he was waiting, he could have been collecting an extra $40,800 based on his ex-wife’s benefit. It’s like getting paid a bonus to wait to do what you should probably do anyway.

Fortunately, Carl learned one more crucial bit of information at my talk: Everyone who starts their benefits for the first time, has a limited right to withdraw their application for benefits.

Since Carl qualifies, he can exercise a one-time right to get a fresh start on his benefits. He files the proper paperwork and pays back all the benefits he has received to date. Then he is free to re-file. In his case, he elects the claim based on his former spouse. Then he will be free to switch to his own maximized benefit at age 70 and end up with a claiming strategy that is likely to serve him far better throughout the remainder of his life.

Our Social Security benefits are valuable. However, if we fail to manage our benefits wisely, which means understanding all our options, then we can end up leaving money, in some cases thousands of dollars, on the table. Carl was fortunate to find out just in time that he qualified for a “do over”. The best approach is to get educated before we file our initial claim.

Editor’s note: Ensure you know about all the options available to you for claiming your Social Security…get your copy of a book Steve has written especially for International Living readers. In it, he’ll hand you a blueprint for maximizing the Social Security benefits you’re eligible for. He’ll show you how to navigate your options…maximize the benefits due to you…and position yourself to take best advantage of your retirement years. But you only have until midnight tomorrow to claim your free copy of this comprehensive book. So don’t delay…get it here now.