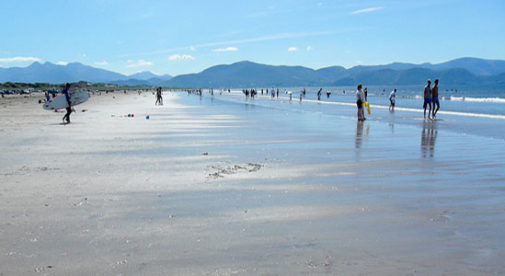 Your great-great-great-grandparents (may they rest in peace) could be about to hand you citizenship in Europe…and, with it, the legal freedom to live and do business in any of the 28 countries of the European Union.

Your family tree could hold the key to opening a path to second citizenship for you and your family, especially in Europe. There, several countries will grant citizenship to you based on ancestry. These include Poland, Italy, Ireland, Lithuania, Greece, and the United Kingdom.

In the first six months after the law took effect, more than 120,000 applications were filed and 20,000 people were granted citizenship, mostly from neighboring countries Romania, Serbia and Ukraine.

The new law is consistent with Hungarian nationality law that is based on the principles of jus sanguinis, or the blood of ancestors. Citizenship is acquired mainly on the basis of a Hungarian parent or by naturalization.

The 2011 Hungarian Citizenship law allows a simplified naturalization for those able to prove knowledge of the Hungarian language and evidence of Hungarian ancestry such as the birth certificate of a Hungarian parent or grandparent. But, as non-residents, they will not be entitled to vote in Hungarian elections. Dual citizenship is permitted.

There are around 10 million Hungarian citizens living today, and you may be eligible to become one of them.

Significant groups of people with Hungarian ancestry live across the world—over 1.6 million of them in the United States, others in Germany, the United Kingdom, Brazil, Argentina, Chile, Canada and Australia.

Those numbers mean that, today, many Americans may be eligible for Hungarian citizenship—if they just take the time to research and find proof of their ancestors’ origins.

The law highlights what has always been the easiest and quickest path toward second citizenship and a second passport—using rights established by countries with laws that grant citizenship based on your parents, grandparents or other ancestors.

For example, 40 million U.S. citizens—nearly 12% of the population—can trace their ancestry to Ireland. If they can prove that a parent or grandparent was an Irish citizen, they too can obtain an Irish passport and citizenship—and thousands have. Likewise, of the 31.8 million Americans of Mexican origin, many are eligible for dual U.S.-Mexican citizenship.

So why would you want a second passport? For many reasons. A second passport can give you access to residence options, business opportunities and investment channels not available to U.S. citizens. And it gives you the option to live elsewhere in the future, should you ever want or need to.

Know your family roots, and understand the laws of your ancestral origins to see if you may qualify for citizenship.