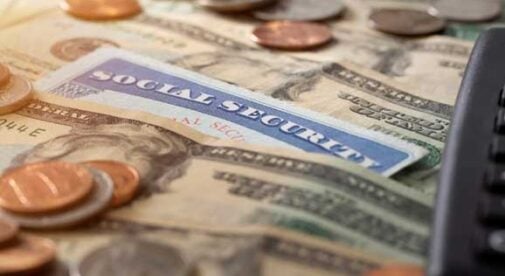 On average, this mistake costs each person only a few hundred dollars. Still, this is money people are needlessly handing over to the Social Security Administration. Moreover, avoiding this penalty is actually very simple…once you know it exists.

To understand how this penalty occurs, we first need to review some Social Security basics.

Your primary Social Security benefit is set using a formula applied at your Full Retirement Age or FRA (that’s between 66 and 67, depending on your birthyear).

If you claim a reduced benefit before FRA (as early as 62), the full primary benefit at FRA, or the maximum amount at age 70, you don’t have to worry about this penalty.

However, if you start your benefits after FRA but before age 70, the amount you receive during your first calendar year is based on what you were eligible to receive as of the prior December. That can result in a penalty.

An Example of How This Could Affect You

Why? Because she is:

2. Filing her initial claim in a month other than December. Therefore, her payment is reduced to what it would have been in the prior December. As of December 2021, Janet is 18 months past FRA, so the increase is only 12%, not the full 16% she should be eligible for as of June.

She starts to receive the correct amount only in December 2022. She’s out of pocket by $600. And worst of all, she probably had no idea that this happened.

To apply for your Social Security benefits, you can call the Social Security Administration, visit one of its field offices, or file online. Regardless of how you file, however, you’re simply informed of the amount that you will receive in your first payment.

Then in December 2022, she’ll receive a notice telling her of any increases to her benefit going forward. This notice would reference the annual cost-of-living adjustment (COLA) increase, possible adjustments for recently reported earnings, changes in Medicare deductions, adjustment for deferred retirement credits, etc.

The final item in that list—adjustment for deferred retirement credits—is the one that would alter her benefit to the correct amount. Though Janet probably won’t realize this.

These statements are almost impossible to decipher if you don’t know what you are looking for. It’s unlikely she’ll notice that she was actually penalized for the timing of her initial claim.

Of course, for a lot of people, $600 is not the end of the world. Still, Janet might have planned differently if she’d understood this rule. And so would lots of other people.

How to Avoid This Mistake

So, if you’re planning to file for your benefits after FRA but before age 70 (for some reason the SSA has no problem giving out the full benefit amount once you turn 70), you should try to claim in December. That way there will be no penalty when you get your first payment.

Alternatively, you should claim as close to December as possible, either before or after the month.

Remember, if you file outside any month but December, you are eligible for what you would have received in the previous December. If she’d filed in January, the penalty would have been 0.67% of her FRA benefit: about $17 a month, or a total of $183 for the year. That’s a big difference from the 4% penalty, totaling $600, she’d suffered for filing in June.

It’s the same if she’d claimed in November 2021: While she misses out on almost a full year of increases—7.33% of her FRA benefit—it is only for one month. Therefore, she loses only $183.

So, the worst moment to apply would be June, because it’s furthest from December and would result in the maximum penalty of $600. Again, not a huge amount for most people. Still, I bet Janet could use that money better than the SSA. And so could you.