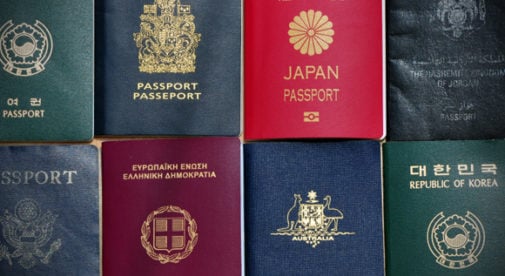 One of my favorite scam stories is of the German lady living in Paraguay.

Claudia Bettina Muller was arrested last year for printing fake passports in her basement. Police found printing and engraving machines, along with boxes of blank passports and counterfeit government forms.

But before I had ever heard of Claudia Bettina Muller or the Paraguayan police caught up with her, I had heard of this scam. I had come across a speaker at an event in Nevada who claimed he could get anyone in the attentive audience a Paraguayan passport in as little as a month. This was possible he maintained, because he had high-level government contacts. The cost was only $45,000. (That’s half of what any of the second citizenship programs I work with charge.)

Right then, as he spoke, I knew it was a scam.

A growing number of countries around the world have introduced citizenship-by-investment programs. For anyone who doesn’t qualify for a second passport by way of ancestry, marriage, or religion, these programs provide an alternative route. By making an investment in the country, you are fast-tracked on the path to citizenship. Instead of waiting years to qualify for a second passport through ordinary naturalization, you can have one in a matter of months.

I’ve researched plenty of these programs that offer second passports, so I know a good one when I see it.

I recently got an email into my inbox. I was being invited to apply for citizenship for an unnamed Central American country. The deal included a biometric passport, national ID card, and a driver’s license. I could get everything issued in whatever name I wanted, and the entire process would only take two to three months.

On the surface, this offer to my inbox looked appealing. But on further inspection, it appeared to be a scam.

When looking at options for obtaining a second passport, there are four red flags I look out for to determine how legitimate the offer is:

The offer I got from this mystery Central American country triggers three of these four red flags. That’s definitely enough to convince me that it’s best avoided.

If you’re in the market for a second passport, stick with bona fide citizenship-by-investment programs. The ones I like most are those in effect in the Commonwealth of Dominica, the Federation of St. Kitts and Nevis, and Antigua and Barbuda.