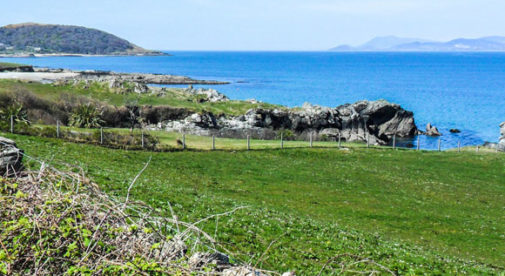 Common legal grounds enabling someone to acquire a second passport include marriage to a foreign citizen or birth in a foreign nation. In some countries like Ireland and Greece blood ancestry is a basis. Then there’s formal naturalization, meaning you apply and qualify for citizenship status.

But the quickest route to a second passport is economic citizenship, which involves investing in the country in question, either in real estate or directly into a government “development fund.”

Most second-passport scams you’ll find are related to this final route. And you don’t have to look long or hard to find them.

For instance, a quick Google search will reveal websites offering second passports from many countries, including Switzerland, Belize, the Bahamas, Panama, as well as several countries in the European Union.

The problem is that none of these countries has “economic citizenship” programs that let you get a passport without first undertaking a long permanent-residence process. That means that anybody offering a quick route to a passport from these countries is a fraud. (One clue is promotional text that claims that the price of a travel document includes a birth certificate…which could never be legal since presumably you weren’t born there.)

A fraudulent passport can be cancelled and confiscated at any time. Worse, you could face fines and even imprisonment. But thankfully spotting the scams is pretty straightforward.

Also be wary of offers that do not require a thorough application process and background check; if it sounds too easy to be true, it probably is. With very few exceptions, you will also be required to make at least one personal visit to the country.

Take for example the legitimate application process for a second passport for the Caribbean island of Dominica. Although actual residence on the island, either before or after application isn’t required, a personal interview on the island is. A former member of Dominica’s immigration review panel told me: “Dominica asks ‘why do you want this?’ We prefer to look an applicant in the eye and get a close view of them.”

Acquiring a second passport rarely costs less than $100,000 (including fees). So if the promoter promises you a passport for a lot less than this, it’s almost certainly not bona-fide.

Speed can be another giveaway; moving the process through the various stages of bureaucracy usually takes more than two to three months, so be wary if the promoter says it’ll be completed in a much shorter time.

Once again taking Dominica as a bone-fide example, the cost for a single-applicant passport is $100,000…the least expensive in the Caribbean. There is also an application fee of $1,000, a processing fee of $200, a naturalization fee of $550, and a stamp fee of $15—all per applicant. Processing time for a Dominica passport is between four and 12 months, depending on the frequency of meeting of the interview panel.

Another indication of fraud is anonymity. If the promoter will only accept cash, and claims he/she can issue your new passport under any name you want, then it’s pretty clear what they’re up to…

Editor’s note: A second passport can open up a whole new world of options for securing your financial future. Get comprehensive advice on the best places to get one, how to apply, and all the benefits your new passport will bring in The Passport Book. Written by an offshore expert with over four decades of experience in the field of offshore strategies, it’s the most exhaustive resource you’ll find on the subject. Get your copy here today.