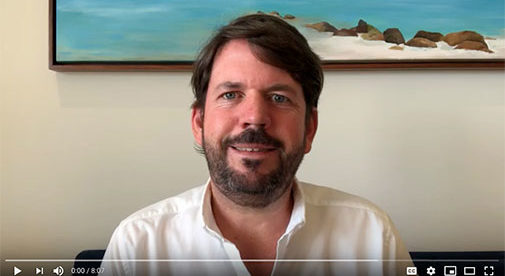 Well, as you can see, I am definitely for real! I’m talking to you today from my condo in Los Cabos. This is my winter base…

I am originally from Ireland. I’m a finance graduate. When I finished college, I went to work in the dotcom and e-marketing industries. But, here’s the thing…despite my finance background, I don’t invest in stocks or shares, commodities or start-ups. My passion has always been real estate. Any money I had, I invested in property.

My first real estate purchase was an investment apartment in Ireland in my early 20s, shortly after leaving college. That led to more real estate investments. I bought in the early days of a period of protracted growth in Ireland that triggered a real estate boom. My paper gains were growing by the hour…

In 2004, I visited one of my properties. While I was there, a real estate agent approached me and said he could sell the house for double what I had originally paid for it.

It sounded great on the surface. But I knew that the valuation made no sense. It signaled that the market was getting frothy. The real estate boom, I figured, would soon pop. I sold before the bottom fell out of the market, pocketed my profits, and looked for the next place to invest.

Now, I could have sat on the sidelines waiting for a market correction in Ireland. But that might have taken several years. (In fact, the market stalled in 2007. It didn’t truly recover until 2015.)

Instead, I took my profits and invested them in Panama City, Panama. Many folks back home thought I was crazy. But they didn’t think I was so crazy when I pocketed more than $72K in gains from my investment…

That investment sparked my interest in overseas real estate.

In 2008, I put boots on the ground in Northeast Brazil. This is a place with endless white-sand beaches, palm trees, and warm Atlantic waters. It’s Brazil’s most popular domestic tourism destination. And it was embarking on an economic and real estate boom, thanks to mega-investment and a surging middle class.

Back home in Ireland, the economy was in freefall. Folks were panicking about their plummeting real estate values. In Brazil, the locals were panicking too. But they were not panic selling. They were panic buying.

A couple of days into my Brazil visit, I heard about the launch of a new beach condo community from a connected insider. By the time I got word, 18 hours had passed—and 80% of the condos had already sold. I visited the site, liked what I saw, and locked down two condos for myself. I only had to make a tiny down payment of $736 on each condo.

Two weeks later, I got an offer to sell both condos. I later sold one, for a gross profit of $43,500. I held on to the second condo for longer, and when I did sell, I saw a much bigger gain.

This Brazil deal got me thinking. I got in because I was on the ground, at the right time, with the right connections. It was an off-market deal, not the kind of thing you’d see on a real estate listings site or in a glossy brochure. I wondered if there was a way to help other folks access deals like this. To do that, I founded Real Estate Trend Alert in 2008.

The idea of Real Estate Trend Alert is to bring the best real estate deals straight to your inbox. Only the crème de la crème of deals makes it through…those where I can see a path to investors doubling their money. It might be a play on a crisis market…hand-picked bank fire sales…an emerging locale where a new road is fueling the real estate market…an off-market deal where I negotiate exclusive access (and discounts) for my Real Estate Trend Alert group.

I, and my team of researchers and scouts, do all the legwork…analyzing market dynamics, identifying macro trends, putting boots on the ground, running the rule over potential opportunities. For every deal members of my Real Estate Trend Alert group sees, countless others have been rejected…

But it’s perfectly legit. The deals are a win-win for both Real Estate Trend Alert members and real estate developers.

It’s a bit like Sam’s Club. Manufacturers and retailers know that there’s a big group of members that will buy in bulk, but only if the price is right. So, they do special discounts for those buyers. It’s all about group buying power.

I’m doing something like that in real estate…but the rewards are much, much bigger…

When I identify a market with a big macro trend that will drive real estate prices up (say, a rising population and lack of land to build on), I’ll look for best in class developers in that market. Then, I’ll go to them…let them know about my Real Estate Trend Alert group…and tell them I’d like to put a deal in front of my group. But only if the deal is seriously good.

Smart developers immediately take notice. They can see that this is a win-win…a way to get sales without cannibalizing their regular, retail market.

Imagine a developer who has a plan to sell 200 condos over five years. If he sells 50 of those condos to RETA members at a fat discount before he goes out to the public, it gives him a bunch of sales under his belt…and the confidence to go to the public at a higher retail price. These quick sales might also allow him to cut his initial project plan from five years to three years. That means two years’ less fixed monthly overhead costs, and less project risk, etc. It also means he can move on to new opportunities quicker.

That’s why Real Estate Trend Alert members recently got in on a deal on homes in Tulum for only $149,000…condos in Cabo with a $60,000 discount…41% off lots in a premier community in Costa Rica…the list goes on.

But the biggest perk is the gains they promise…

Some past deals for example:

Real Estate Trend Alert members bought condos in a beachfront community in Panama in 2017 from $199,000. In August 2019, a similar-sized condo farther back from the beach with only a side view listed for $299,000.

So, there you have it! I’m for real, and Real Estate Trend Alert isn’t a scam! If you’d like to read more about me, sign up to the Roving Real Estate Investor below.