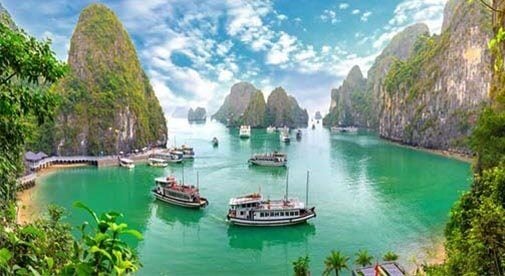 Living in modern-day Vietnam is safe and fun. I’ve had to shake my head when people asked me over the years whether there is still a war being fought here; that war officially ended over 40 years ago and Vietnam has moved forward. According to the 2019 Global Peace Index, Vietnam ranks 57th out of 163 countries in safety—well above the United States in the 114th position.

In today’s Vietnam, violent crime is rare. The greatest risks are being overcharged by a taxi driver or street vendor, being involved in motor vehicle accidents, or crossing a busy road.

At first glance, you might think that crossing the street in Vietnam is a life-endangering act. Cars and motorbikes don’t yield to pedestrians, but they do adjust to your presence and make every attempt to avoid hitting you. Here’s the secret: once you begin crossing the street, don’t stop and think about it; keep a steady, slow, and predictable pace and watch the traffic flow around you like water in a rocky stream. If you can’t bring yourself to take that first step on your own, there’s safety and comfort in numbers: wait until there are others ready to cross and join the group. I have lived in Vietnam for nearly 10 years and have never had a narrow escape. Vietnamese, being the ever-helpful and kind people that they are, will commonly assist foreigners with getting across the street safely; more than once, an elderly woman has taken me by the arm and gently guided me through a busy intersection.

Driving in Vietnam has its risks, especially on the busy highways. I generally avoid driving on high-speed highways; motorbikes are often restricted from highway access or delegated to driving on the shoulder. Traffic is chaotic in the cities, but if you take the time to learn the rules of the road—and they do exist—you’re unlikely to be involved in more than the rare low-speed fender-bender. Many people choose to drive small, environmentally friendly electric motorbikes in the city; they’re fast enough to go the speed of traffic and light enough to be easily maneuverable.

Burglaries and other crimes of opportunity are uncommon but are more likely to occur in Vietnam’s urban areas. Lock your doors and don’t leave valuables lying out in the open unattended. Being aware of your belongings and your surroundings is all that is needed to avoid being a victim—not just in Vietnam but anywhere.

Vietnam is not prone to earthquakes, volcanoes, or wildfires, though heavy monsoonal rains and occasional typhoons can affect low-lying areas. Cities where expats are likely to live have adequate infrastructure to prevent disastrous flooding, but temporary road closures, fallen trees, and downed electric lines aren’t uncommon when heavy storms occur. Parts of Hoi An and Ho Chi Minh City can experience flooding that may take several days to resolve. In these areas, it’s best to consider less flood-prone locations when choosing a place to live.

Vietnam has an outdated reputation for scams; they happen far less frequently now than a decade ago. Unscrupulous taxi drivers are the most common culprits, but ride apps like Grab Taxi (similar to Uber and Lyft) have all but eliminated that risk. Reputable taxi companies include Vinasun, Mai Linh, and Hanoi Taxi Group. Unless you know where you’re going and how to get there, it’s best to avoid the smaller, less established taxis; regardless of which taxi you use (except for Grab), the driver should be willing to use a meter. Grab taxis operate on fixed rates so you will know exactly how much to pay when you make your booking request. If you want to take a ride in a cyclo (a three-wheeled bicycle taxi) or on a motorbike taxi, be sure to agree on the price before starting your trip. Always agree on a price before purchasing anything from a street vendor; having your picture taken with a vendor’s basket of pineapples balanced on your shoulder or getting a shoeshine should never cost more than a dollar or two.

Vietnam is famous for its fresh and delicious food, and it’s extremely unusual to get any consumable that is of a substandard quality. If you have any concerns, a good rule of thumb is to eat where the locals eat. They’ll frequent the places with the best food and you’ll know that what you are getting is fresh and good. Fresh fruits are also safe to eat; there is no need to have concerns about the safety of your food in Vietnam.

If a restaurant or coffee shop serves you a glass of water or tea, they will use either bottled water or water that has been passed through a filtration system; either way, it’s safe to drink. Most hotels provide hot water kettles in the room; fill the decanter with tap water, let it come to a complete boil, and use it for making hot coffee or tea. Bottled water is provided at almost all hotels in Vietnam and is available at every supermarket and minimart. 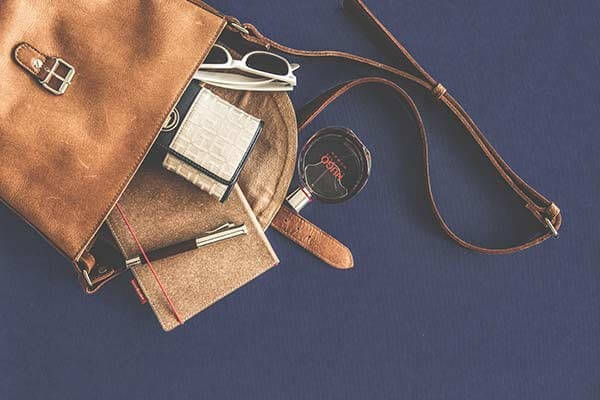 No place in the world is entirely safe, but you’re unlikely to run into problems in Vietnam. Violent crime is extremely rare and aside from the risk of motor vehicle accidents, it is unusual to experience any safety problems. Tourism is growing at a phenomenal rate; 18 million people visited Vietnam in 2019, an increase of more than 16% on the previous year and an all-time record for the country. You will encounter young backpackers, tour groups, older couples, families, and solo travelers; everyone is made to feel welcome in Vietnam.

Even though Vietnam is considered a safe country to visit, it’s best to keep the following things in mind:

Get a local SIM card. A card costs only a few dollars and a prepaid plan with a month of unlimited data costs less than $4. You’ll have instant access to maps and bus routes, as well as the ability to call your hotel, the police, or your embassy if assistance is needed.

Keeping Your Money Safe in Vietnam 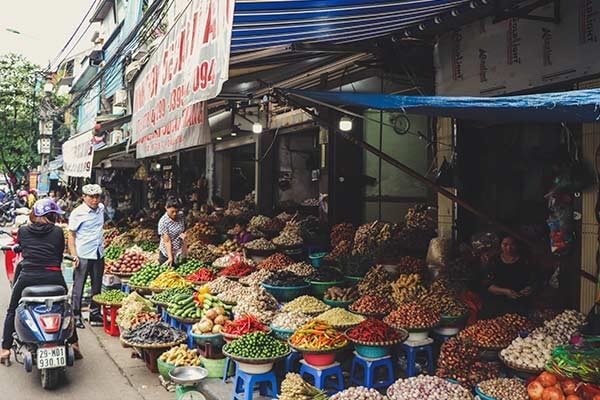 Is Vietnam Safe to Travel Alone?

Vietnamese people are so friendly that it’s unlikely that you’ll be alone for long. You’ll find that there is frequently someone who speaks English who is willing to help with directions or assistance. They’ll be curious about why you are alone and will probably ask you a lot of questions about that, but it’s just curiosity; after all, there are still parts of Vietnam where the local people may have never come into contact with a foreigner. Here’s a few tips on having a fun and safe trip traveling solo:

Things to Do in Dalat, Vietnam