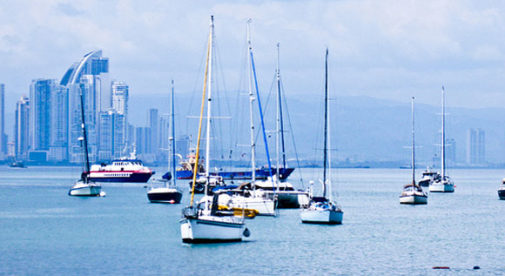 One of the most frequently asked questions I get about Panama is: How does the Caribbean coast compare to the Pacific?

First of all, there’s price. Take, for example, a home in a coveted Caribbean area like the islands of the Bocas del Toro province.

There are apartments in the $190,000 to $250,000 range, but not many. And not all are conveniently located. Add the price of buying and maintaining a boat or two if you plan to live off the main island.

There are swanky areas of the Pacific where property can get expensive, too…but it’s generally easier to spend much less. In the inexpensive beach town of Gorgona, just an hour’s drive from Panama City, you can find 1,000-square-foot homes starting at around $100,000; no boat, ferry or flight needed to come and go.

It’s easy to see why, in Panama, the Pacific coast is generally more desirable. The region is accessible and it gets half the rainfall of the Caribbean coast. That’s why the Pan-American Highway is where it is. Travel the entire Panamanian isthmus…from the jungles of the Darien to Costa Rica…and most of what you’ll see is Pacific Coast.

So it should come as no surprise that the Pacific is more developed. The infrastructure is better…better roads, better power, better water supply. Towns here were historically sought after by Panama’s elite…and the beach town of Coronado (next to Gorgona) became a popular hub for locals and expats alike.

Never mind that the Caribbean beaches boast powder-white sands, or baby blue waters that can make a Midwesterner weep for joy.

A few of the Pacific beaches are just as pretty…but most are considered less so. Still…the best ones are close to the capital city, just off the Pan-American Highway, and ultra-convenient…with everything from high-speed Internet to international bilingual schools.

(Here’s a map that shows the provinces and Comarcas I mention in this article. Note that Panama runs west to east rather than north/south, so the Caribbean is to the north while the Pacific is south.)

On the Caribbean coast, that’s not the case. There’s fast Internet, but it may not be 100% reliable. There are roads, but no major highways. There are water supplies, but the public waterworks network is less extensive. Repairs and maintenance and other things generally take longer.

Still…you’ll find some of Panama’s most beautiful beaches here. The Bahamas have nothing on us. And, to be fair, the Bocas del Toro islands have attracted many expats. So if you’re going to venture over to “the other side” of the isthmus, here are a few issues to be aware of:

First, a good deal of Caribbean Coast land is difficult to buy or own outright. There are protected lands and national parks, including the Canal Watershed and the autonomous indigenous lands known as Comarcas. The Kuna, Embera-Wounaan, and the Ngobe-Bugle tribes control vast reserves the size of provinces.

The Ngobe-Bugle reserve is near Bocas del Toro and the Costa Rican border. The others are closer to Colombia. It’s difficult to buy in protected areas. Even if you do buy here, the land may be difficult to title. And a highway transversing the various protected areas? It’s doubtful the government (or the people) will go for that anytime soon.

Then there’s the border issue. Panama, for the most part, affords foreigners the same property rights as locals. It’s quite famous for that, in fact. There is one important exception, though. Panamanian law prohibits foreigners from buying within 10 kilometers (about six miles) of an international border. This is something that’s quite common as far as world political borders are concerned.

To recap: Most beach-seeking expats gravitate toward Panama’s Pacific Coast for convenience. But Panama’s Caribbean Coast boasts the best beaches. And if you’re an intrepid sort, it may be well worth your time to check it out. Given the choice, I always choose to vacation there, as the Bocas del Toro archipelago is one of my favorite places on the planet.

The thing to do is fly from Panama City to Bocas del Toro town. On the island, there are plenty of inns, restaurants, and nightspots, so it’s a great place to set up base camp. But the best beaches are a boat ride away. Pick up a $20-tour and you’ll be taken by boat to some of the archipelago’s most popular islands and snorkeling spots. I enjoy Coral Key for snorkeling and Isla Zapatilla for lolling in the sun.

Zapatilla is little more than a speck of sand in the sea. But what a speck. Pristine sands, almost blinding in their whiteness, frame lush greenery. Waters of baby blue softly envelop it all…water so clear visibility feels like 100%.

After a day of snorkeling I like to come here and wade lazily into the shallow water, a cerveza Panama in hand… just enjoying the view and the salty, sunny feel of it all. Tip: Don’t forget a wide-brimmed hat and powerful sunblock (eco-friendly is best): the Panamanian sun doesn’t mess around.