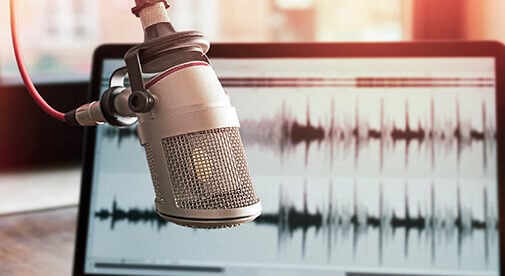 On the Bonner Private Research Podcast we talk about how the “Zoom Boom” is changing real estate investing…and where I’m looking for the next Path of Progress opportunities.

Bill Bonner is a man after my own heart. He’s a friend and the founding publisher of International Living (most of you will be familiar with IL, they have been the premier resource for living and retiring overseas for over 40 years).

He travels the world nearly as much as I do, he bought a house in my home county of Cork in the south of Ireland, and he has a penchant for overlooked and unloved real estate.

Over the years, he bought and restored five Victorian gems in Baltimore’s Mount Vernon historic district to house company offices.

While other companies were moving from old buildings to new high-rises downtown or to trendy locations along the waterfront, Bill was doing the opposite.

In 1998 he bought a four-story building at 808 St. Paul St. that dated back to the 1850s. It had been damaged by fire and condemned by the city. But that didn’t deter Bill. He paid just $100,000 for it and transformed it into a state of the art campus for his staff.

It is, of course, worth considerably more today…

Bill has a track record of picking winners. And he’s been an inspirational figure for me personally. So when he comes to me from time to time to get advice on real estate, I’m humbled.

Most recently, his team invited me to his Bonner Private Research Podcast to talk about how the “Zoom Boom” is changing real estate investing…and where I’m looking for the next Path of Progress opportunities.

You can tune in to the podcast episode right here.

The host, Joel Bowman, and I also go way back. He’s Bill’s editor, and like myself, he’s a bit of a nomad. He travels and lives where he pleases. The last time we met was in Bill’s chateau in Paris. The first time was when he randomly dropped in to the IL offices about 17 years ago. Someone had to take him on a pub crawl. But, we were young then!

As we recorded, Joel was taking in the vista in Cabo San Lucas, down at the tip of the Baja Californian peninsula. It’s where I spend my winters, and where we recently had a killer Real Estate Trend Alert deal. It was an opportunity to own ocean-view condos in an superb luxury community in Cabo from $188,200… The kind that digital nomads like Joel pay $3,500 for, renting by the month.

But I’m getting off topic…

To tune in to the podcast just follow the link:

Listen to Episode #42 of the BPR Podcast here.

Fausto says: Hi Ronan, I have been living in Lisbon for quite a while, but I am currently looking for a house alongside the Douro River or with Douro views, as a holiday retreat or even as an investment.

However, I don’t have plenty of spare cash available and, because of my age (72) banks won’t lend me at the favorable rates you have mentioned in your reports even with my Lisbon apartment as a collateral.

In your last report about Porto, it caught my attention that you have mentioned houses available for reconstruction in that same area, for €100,000. Would you share with me where to find such a deal? Is it through your people in Portugal?

Ronan says: Hi Fausto. I found those the old-fashioned way: with boots on the ground…or on a boat in this case.

This is what I call my “strolling strategy.” It’s very simple. Once you’ve found a desirable place that you’re interested in, open up the Idealista real estate listings app on your phone and search the area. (The app allows you to draw a line around the area you want to search, so it’s perfect to quickly see what’s around you).

I normally use this strategy when I’m scouting a city, but it works from a car or even floating down a river on a boat.