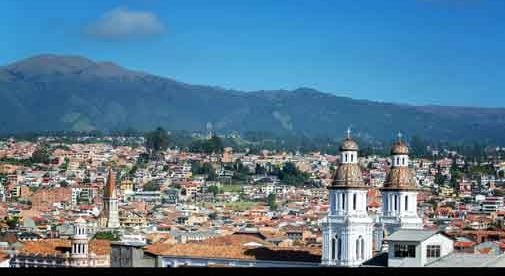 Is it Safe to Live in Cuenca?

I’m obviously a female, have lived in Cuenca for five years and go out alone to run errands, shop at the mercado, lunch with friends, go to events, or just take long walks on the river trails—frequently by myself. Guns are scarce here, so violent crimes are pretty much unheard of, but there is petty crime.

Is it Safe to Travel in Cuenca?

Most people in Cuenca don’t have cars because public transportation and buses to just about anywhere are so cheap. I sometimes travel with a couple of other girlfriends where $3 can get us to nearby towns.  We keep our backpacks on our laps because unguarded overhead storage isn’t safe. When I go longer distances, I only take what I can keep with me, as storage in outdoor compartments are frequently opened during longer trips on a bus and you have no control over your luggage. I have never been accosted in any way on my bus travels by anyone, except for someone selling candy.

If I do rent a car, I never drive at night, because it’s the Andes here and people going around the mountain roads drive fast. It also changes weather wise here very quickly, so you need to give yourself plenty of time to get to your destination. But you never hear about kidnapping, or pulling ropes over the road to rob you. Not in Cuenca.

My preferred way to travel is to hire a private driver, which is inexpensive, safe, and the drivers always know interesting things to show you on the drive.

Are Drugs use allowed in Cuenca?

The drug culture here is very similar to when I used to live in Florida. Marijuana is legal up to small amounts, and the government is looking into legalization. But there are illegal drugs in Ecuador, just like anywhere in the western world. But saying this, the government is a bit stricter here regarding drugs, because the northern border hits Columbia and Ecuadorians are determined to keep tight control on drugs entering the country.

So there’s not rampant use on the streets, but I would stay away from neighborhoods like La Merced, which is an area known for selling drugs.  And if you are joining the party scene at night, take a friend, don’t venture outside the downtown tourist area into unknown neighborhoods or take short cuts on dark streets.

Is Prostitution Legal in Cuenca?

Yes, there is prostitution in Ecuador, but not the kind depicted in movies where they’re flaunting their wares on city streets. Prostitution is a legal activity, largely contained in areas outside of Cuenca in monitored hotels where the controls make it safer.

What area’s would you avoid in Cuenca?

I’d take care when shopping in the crowded mercados, avoid getting on jam-packed buses especially at night, and stay away from La Merced which has been noted for selling narcotics. Definitely, don’t wander too far off the tourist centers or take chances on walking down dark or deserted streets.  I carry a whistle and a pepper spray, but that’s more for keeping dogs at bay when I walk the trails.

Is Cuenca safe? In a word, sí.  I haven’t had problems here in Cuenca. I have four dogs, including a shepherd—and pretty much no one (even gringos) want to come in my house. Not sure if that’s a tip or a warning.  But I actually feel safer, less stressed, and more relaxed in Ecuador than I do when visiting the U.S.

Everything You Need to Know About Cuenca