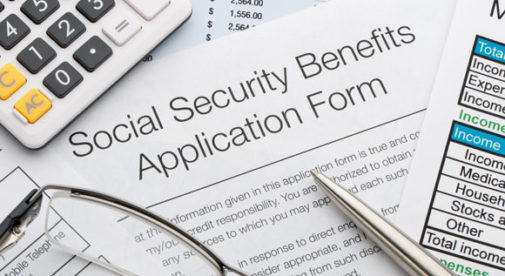 Here are three of the biggest mistakes we make regarding this program and how this leads to costly errors when we go to claim our benefits.

1. First, the most common and damaging mistake occurs when we buy into the widespread belief that Social Security is running out of money. Soon it will be broke…or so we hear. Older folks often declare how they want to get what they can from it before it runs out. As a result, they claim their benefits early, soon after they turn 62: For most of them this will prove to be a costly error. Younger adults assume it isn’t going to be there for them at all when they retire and so they fail to properly account for this important financial asset in their retirement planning.

But it’s a mistake to assume that Social Security will run out of money. Back in 1983 the program was about to run short of money. Not out of money, short of money and unable to pay the full benefits in about six months. At that time the Democratic congress and Republican president stepped up and resolved the looming crisis.

How? They compromised: raised the full retirement age from 65 to 67 (a benefit cut) and raised the tax rate from 5.4% to 6.2% (0.1% more per year over seven years, a tax increase). This fix solved the shortfall for many decades into the future…over three decades so far in fact. And yes, we will need another fix in a decade or so, but it won’t take much more than what was done back in 1983 in order to fix it again for another 50 years. The sooner we do it, the milder the necessary changes will be.

In short, Social Security will be there for you, for your children, and their children, in full: That’s the smart bet. Plan accordingly.

In fact, if we had to buy our benefits at retirement age it would typically cost us roughly a quarter-million to half-a-million dollars. That’s what you would need to pay to an insurance company to purchase an annuity (that is adjusted for inflation each year) that would pay the equivalent of your Social Security benefits for the rest of our lives. For a married couple, that’s anything from half-a-million to over a million dollars. Our benefits are valuable.

3. We fail to educate ourselves about how to get the most out of this important financial asset. As with anything that is important to our finances in retirement, we need to understand how to get the most out of it. For savings and retirement accounts that means monitoring our portfolios and investments in order to maximize the returns or, we hire someone to do that for us. For our homes that means maintaining and improving it to ensure it retains maximum value.

Similarly, we need to understand how to get the most out of our Social Security benefits. How? We need to educate ourselves as to how the program works in order to develop a benefit claiming strategy that is likely to pay us the most over the course of our lifetimes. Failure to do so is almost always a very costly mistake.

Editor’s note: The best way to educate yourself about Social Security, is to get your hands on Steve’s book, Retire in Luxury on Your Social Security. In it, you’ll discover more about the benefits you’re entitled to, how to claim them, and learn about a loophole that can earn you an extra $62,000 in benefits. But that loophole will close on September 1st, so the sooner you learn about it, the more time you’ll have to claim what’s rightfully yours. We believe strongly in the promise of this book and so we want to give you a copy…free. Today is your last chance to claim your free book…do it here now.