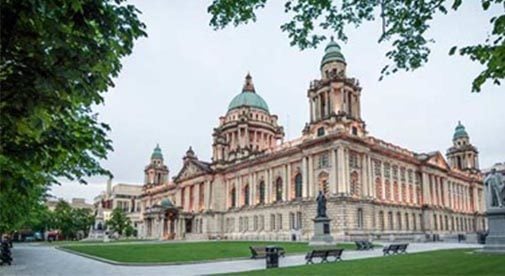 From stunning scenery, to fascinating history, and rich culture it is no wonder Northern Ireland has risen to prominence as a top travel destination. And Belfast, its largest city, is the perfect place to launch your discovery of this captivating region.

Here are my favorite things to see and do in Belfast.

Learn About the Titanic

There’s no better introduction to the city than Titanic Belfast. A maritime museum dedicated to the RMS Titanic sits on the exact spot where the ill-fated ship was designed and constructed. Every visit, without exception, it is my first stop. Located in Belfast’s dockyards, its exterior design depicts four-126-foot-high pointed silver hulls, the same height as the Titanic, as its geometrical design glistens in the sunlight. The centerpiece of the Titanic Quarter, the museum displays not only the ship’s construction, but also the builders of the entire White Star Line. At its bow, I can’t resist my “King of the World” moment with arms outstretched transporting me from land to sea and a vision of a new world. It’s the dreamer in me that brings me back to this spot each time. Visit the preserved and restored S.S. Nomadic, the only remaining tender used in 1912 to transport first- and second-class passengers from Cherbourge, France, to the Titanic moored off shore. In service until 1958, it is thought to have carried the likes of Benjamin Guggenheim, Molly Brown, Marie Curie, and Charlie Chaplin. Book tickets online for the Titanic Experience or the White Star Premium Pass.

While in the Titanic Quarter, visit (or stay at) the Titanic Belfast Hotel, dating back to the 1880s.  Once the drawing office of the architectural firm, Harland & Wolff, this boutique hotel displays original renderings and artifacts of the glory days of ocean travel. Even to simply view the Victorian drawing office’s three-story high barrel-vaulted ceiling, is worth the visit. 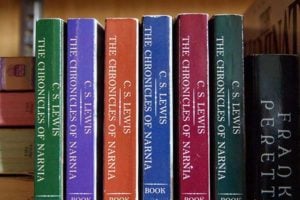 In this land of literary giants, don’t miss the opportunity to walk the C. S. Lewis Trail, also located in East Belfast. ). As a student of literature for decades, I was inspired as I connected with places that formed the man and inspired his words. Pick up a self-guided map from the EastSide Visitor Centre (or download one here) and discover The Searcherstatue opening the wardrobe door, St. Marks Church, and C.S. Lewis Square where massive bronze statues of characters in The Chronicles of Narniacome to life. Take it all in, and then take a respite at Jack Coffee Bar (or The Lamppost) for more Lewis and Narnia inspiration.

Belfast is steeped in history, not only maritime, but political history, too. Get an overview with a Black Taxi Tour. Listen as storytellers share the city through the eyes of history. Choose a political mural tour or a historical landmark tour. Hear stories about the murals and “The Troubles”; a three decade conflict between Nationalists and Unionists in Northern Ireland, visit buildings that played a major part; and City Hall, the “wedding cake” Edwardian masterpiece where commerce and the arts take center stage.

What’s a visit to Belfast without seeing a castle? First built by the Normans in the 12th century, Belfast Castle was originally in the heart of the city. It was moved in the 19th century to its current location north of the city. Its history is rich with tales of barons and earls. Walk the grounds, and afterwards, enjoy tea and scones at Castle Tavern.

The National Museums of Northern Ireland provide unique learning experiences for every age. View over 9,000 years of Irish history in one place, at my favorite museum, the Ulster Museum, one of four themed sites, and situated in Belfast’s Botanic Gardens. From The Vikings to female artists to dinosaur bones, exhibitions, and collections showcases the people and culture of Northern Ireland. The Ulster Folk Museum, located near Holywood, presents costumed locals living day-to-day, as they would have over a hundred years ago. In the same area, the Ulster Transport Museum houses everything from locomotives to motorbikes. The Ulster American Folk Park, located north of Omagh, allows visitors to take the emigrant journey from home, to emigrant ship, to the America Frontier. These four unique experiences will unlock the history of Northern Ireland.

While at the Ulster Museum, visit the Botanic Gardens, Belfast’s Victorian masterpiece. See a mid-1800s glasshouse, which was one of the first made of curved iron and glass. It is home to tropical plants and seasonal displays. Bring a picnic and enjoy the grounds.

If your travels make you thirsty, it’s time to settle down and warm up in an authentic Irish pub. Old and new converge in these iconic watering holes. Hailing back to the 19th century Crown Liquor Saloon, located near City Hall and St. George’s Market, is adorned with stained glass and dark woods, and even its original gas lighting. It is the original gin palace.

Across the river from the Titanic Quarter, Kelly’s Cellar will bring toe-tapping joy as they host traditional music four nights a week. Since 1720, it has kept the coal fires burning and the pints of Guinness overflowing. Nearby, it’s The Dirty Onion located in one of Belfast’s oldest buildings, a 300-year-old timber-framed warehouse. Offering entertainment every night of the week, you’ll be hard-pressed to find a more fun destination. They are also part of the Belfast Traditional Music Trail. There are even lessons on how to play a bodhran, the original Irish drum. Called “The Shakespeare” of pubs, visit Bittles Bar where Samuel Beckett and James Joyce drank. The oldest bar is Whites Tavern, serving pints since 1630.

Take a Game of Thrones Tour

If Game of Thrones inspired your visit to Northern Ireland, get more insight into the series with a one-or-two-day tour from Belfast. Join Flip Robinson of Giant Tours Ireland whose insider knowledge on the filming provides fans of the show and of the country an intimate look at the northern coastline. The stand-in for Hodor and The Mountain in season six, Robinson will take you via the Causeway Coastal Route to the real Westeros, Cushendun Caves where Melisandre gives birth, Murlough Bay (Renly’s Camp), Ballintoy Harbour (Iron Islands), The Dark Hedges (The Kingsroad), and more. Of course, a stop at The Giants Causeway, a UNESCO World Heritage Site, punctuates the stunning beauty of this country. We enjoyed having bragging rights that Hodor was our guide, but even if you are not a GOT fan Robinson’s intimate tour of the Causeway Coast adequately displays the bounty of Northern Ireland.

No matter the reason for your visit to Belfast and Northern Ireland, make sure to experience the best that it has to offer. Granted, it might be your first visit, but it will not be your last.