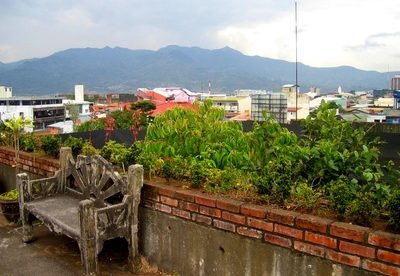 Costa Rica is famous worldwide for its flora and fauna. Thanks to a wide variety of climates, from steamy rain forest to moist cloud forest to dry plains to wetlands and more, it is one of the most biodiverse areas on the planet. With just 0.03% of the world’s landmass, it has 5% of the world’s species.

Visitors come from all over to check out this wildlife at Costa Rica’s extensive network of national parks and private reserves. A quarter of the land in the country has been given over to these protected areas.

Manuel Antonio on the Central Pacific coast, Arenal in the northern highlands, and Tortuguero on the northern Caribbean coast get the most tourists and the most attention from tour companies and the mainstream travel press.

But there are several under-the-radar that offer great wildlife watching away from the crowds.

Just an hour or so north of the San Jose metro area, Braulio Carillo National Park protects a vast range of environments, including a cloud forest home to one of the most beautiful birds in the world, the resplendent quetzal. It’s called a cloud forest because the altitude is so high—over 9,000 feet in sections—that clouds roll through the trees, leaving behind leaves dripping moisture. The altitude also means cold night-time temperatures in some areas.

This unique environment means epiphytes, or “air plants,” take root on the trunks and branches of trees. Orchids and bromeliads thrive here. Monteverde, about three hours west, is a much more popular cloud forest, attracting thousands of visitors every week. Braulio Carillo is much more low-key, even though more than 500 species of birds and more than 130 mammals have been seen here.

Ballena means whale, so named for the humpback whales that breed just off shore here from July to October and December through March. The park extends into the ocean in Costa Rica’s Southern Zone and encompasses nine miles of coastline. The closest town is Uvita, which is about 3 ½ hours from the capital, San José. To get here simply take the coastal highway, La Costanera, south from Jaco.

Whale watching tours are available during breeding seasons. But the park’s beaches are open year-round. With hardly anyone there, it’s as if you have the whole place to yourself. Jungle meets the beach here, giving it a real Robinson Crusoe look and feel. There are four beaches in the park: Playa Uvita, Playa Ballena, Playa Arco, and Playa Piñuela.

Other wildlife in the water and in the jungles on shore include sea turtles, dolphins, and howler monkeys.

Playa Uvita is where to go if you want to check out the famous “whale’s tail.” It’s a sandbar going out about a kilometer into the water with a wide expanse of rocks at the end. Seen from above, the formation looks like the tail of a humpback. It’s only accessible at low tide.

The area, including the nearby towns of Dominical and Ojochal, offers plenty of places to stay with quick access to the park, including eco-lodges, hostels, and boutique hotels.

When it comes to volcanoes in Costa Rica, Arenal gets all the attention. But near the Nicaragua border in the far northwestern corner of the country is volcano well worth a visit. Rincon de La Vieja features hot springs heated by volcanic activity and bubbling mud pools, as well as spectacular waterfalls over 100 feet tall.

Wildlife is also abundant here, including coatimundis, white-faced monkeys, two-toed sloths, and anteaters, as well as dozens of bird species like the laughing falcon and emerald toucanet.

This national park, just outside Liberia, the capital of the Guanacaste province, is easily accessible from any of the many beach communities in this region. These include Playa del Coco, the Papagayo Peninsula, Tamarindo, and Playa Flamingo. These towns are tourist hotspots and are home to many long-term expats as well. Lodging closer to the volcano is somewhat limited. You’ll find them in the town of San Jorge, and the road between that town and the park.

Editor’s Note: Learn more about Costa Rica and other countries in IL’s daily postcard e-letter. Sign up for these free daily postcards here and we’ll send you a FREE REPORT – Why Are Americans Still Flocking to Costa Rica.