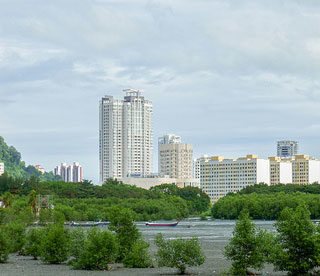 Keith Hockton thinks he is the luckiest guy in the world living in Malaysia and working as a travel writer.

I happen to think that I’m one of the luckiest guys in the world.

Not only do I live in Malaysia, a beautiful country on so many levels, but also I love what I do.

I travel at will, pretty much at the drop of a hat. I’ve enjoyed complimentary meals and hotel upgrades along the way.

I’ve been lucky enough tick a few of them off my bucket list. If you haven’t already been, you should definitely add them to yours…once you pick up your Red Carpet Passport.

Angkor Wat is probably the most beguiling archaeological site in beautiful Cambodia. It consists of an enormous temple pyramid spread over an area roughly the size of 10 football fields. The moat itself is mesmerizing. I watched children playing in its shallows—just as they would have done centuries ago.

This magnificent temple is supposed to mirror the universe—as the Hindu Khmers understood it. The moat symbolizes the oceans surrounding the earth, the galleries represent the mountain ranges surrounding Mount Meru, the Hindu home of the gods. The walls are covered with carvings depicting the god Vishnu, the Supreme Being, as well as other scenes from Hindu mythology.

This is definitely a place that takes your breath away when you first see it and one place if you haven’t seen it that you must add to your list.

In neighboring Laos, is the small town of Luang Prabang, where hundreds of monks walk the roads looking for alms in the morning. Once the capital of the Lan Xang Kingdom that ruled Laos, Luang Prabang sits at the confluence of the Mekong and Nam Khan rivers…enticing visitors with its 33 wats….barely-maintained French colonial buildings…breathtaking natural sights…and some of the friendliest people in the region.

It’s also Asia’s newest starting point for those looking for outdoor adventure. Hikers, walkers, mountain bikers, and those looking to river raft use Luang Prabang as their launching point.

I couldn’t think of a better place to rest and relax afterwards.

Kuala Lumpur, Malaysia’s capital, is a cosmopolitan city but Malacca, to the south is called “the Historic City”. Its strategic location on the southwest coast of Malaysia fronting the fast flowing Straits of Malacca, made it a tempting target for Chinese, Portuguese, Dutch, English, and Japanese conquerors, each of whom left an indelible imprint on the city and its people.

It’s a walking town—one where you can discover tiny coffee shops where you wouldn’t expect to see them…in ally’s that aren’t in the guidebooks. That’s half the fun of going to Malacca, discovering the gems that are still waiting for people to find.