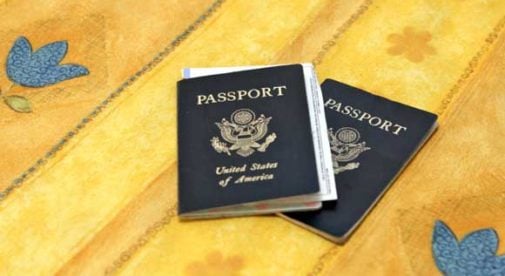 For better or worse, that’s not how things are today.

Your passport doesn’t belong to you. It belongs to whatever government issues you a passport and it can be taken away, for any reason.

Fortunately, there is a solution…a second passport. Obtaining a second citizenship that entitles you to a second passport is a fundamental step toward freeing yourself from absolute dependence on any one country. Once you have that freedom, it’s much harder for any government to control your destiny.

Here are the top three reasons why you need one:

1. Freedom to travel if your primary passport is lost or stolen

Just about everyone has lost their passport at one time or another. It happened to me about 20 years ago when I left mine on a plane.

Passport thefts are also surprisingly common. Organized rings of passport thieves are active in many countries. Obtaining a replacement passport may take days or weeks. In that situation, a second passport could be a godsend, allowing you to complete your travels uninterrupted.

2. Bypass passport confiscation by your government

This is becoming much more common, especially in the U.S. The State Department is now required to confiscate the passport of any U.S. citizen with a “seriously delinquent tax debt.” There’s no trial or opportunity to explain the circumstances. Instead, Uncle Sam simply confiscates your passport and keeps it until you pay the IRS what it says you owe it.

The State Department can also confiscate your passport if you’re accused of a felony. They don’t even need to convict you. And it’s a lot easier to commit a felony than you might think. One study concluded that the average person living in America commits at least three felonies a day without even knowing it.

If you’re a U.S. citizen, you must pay tax and deal with onerous reporting obligations no matter where you live. This has led to many banks, insurance companies, and other businesses refusing to do business with Americans. This places a unique burden on the more than 8 million U.S. citizens living abroad.

Tens of thousands of Americans have decided they are no longer willing to deal with this burden. They have taken the radical step of giving up their U.S. citizenship. Of course, to do this, you must have a second citizenship, and the passport that goes along with it.

How to Get a Second Passport

The easiest way to obtain a second passport is to acquire one based on your ancestry. Almost every country has a program offering citizenship or passports to individuals with a family history in that nation.

Your religion may also be a viable route to alternative citizenship. For instance, Jews who immigrate to Israel are entitled to Israeli citizenship and a passport.

If you don’t qualify based on these factors, in most countries you can acquire citizenship following a period of prolonged residence—three to 10 years is typical.

Finally, a handful of countries offer citizenship in return for an economic contribution. The Commonwealth of Dominica has the most affordable program in this regard, requiring a contribution of $100,000 for a single applicant and $175,000 for a married couple. You can add dependent children 25 years and younger for additional fees.

If you’re someone who values the right to travel internationally, want to avoid over-zealous bureaucracy by your own government, or would like the option of residing in another country, a second citizenship and passport is essential.