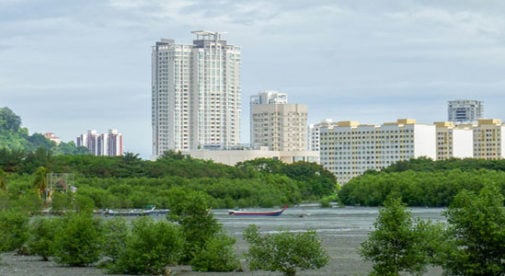 More affordable air travel, mounting health care costs in developed countries, long waiting lists and an ageing world population have all contributed to a global explosion of medical tourism in the past decade—and Malaysia is leagues ahead in terms of its world market share.

It’s a secret that the rest of Asia has known for a long time. In fact, 80% of all medical tourists coming into Malaysia are from its neighboring countries, including Thailand and Singapore—medical tourism enclaves themselves.

So why are medical tourists flocking to Malaysia? Both Penang and Kuala Lumpur are serviced by airlines from around the world; have a plethora of reasonably-priced hotel rooms; an excellent public transportation system (second to none in the region); and when you arrive in Malaysia most nationalities are given a three-month visa upon arrival. All of which help to make your stay—in a hotel, hospital or short term let—easy. Given Malaysia’s reputation for graceful and attentive service, it is not hard to see why Penang and Kuala Lumpur has quickly become the medical tourism hubs of Asia.

More than 80% of all medical tourists in the world traveled to Malaysia, Thailand and Singapore in 2012, with Penang and Kuala Lumpur (in Malaysia) leading the pack.

The cost of hotel rooms and treatment are both far more expensive in Singapore than on the Malaysia island of Penang, making it the most popular place for medical tourism in South East Asia. Twenty-five million tourists visited Malaysia in 2013, a 20% jump from 2012, with an estimated 1 million traveling specifically for medical treatments alone. (Of the 10.2 million tourists who visit Singapore each year, only 200,000 went on to receive medical care.)

Malaysian Tourism, which began promoting medical tourism in Malaysia in 2002, is delighted with the progress, but would now like to see more Western tourists booking in for what Asian tourists have been benefitting from for many years.

Some of the most popular treatments available include cosmetic surgery, dental work and dermatology. The hospitals are first-rate and the doctors in Malaysia are either trained in the U.K. or the U.S. or they have done their postgraduate studies there. And all of them speak English fluently.

Dr. Neil Solomons, a cosmetic surgeon, and an Ear, Nose and Throat surgeon, has been living and working in Penang for the last four years. When I asked him if he would ever leave he shook his head and smiled, “No. I love it here. I’ve bought a house, established a life, and my wife and I absolutely love it. The hospitals are fantastic, the staff simply amazing. I just wish that I had made the move earlier.” Dr. Solomons worked in the U.K. before making the move to Malaysia.

To give you an idea of the cost of just one procedure, a full-face lift in the U.S., including a chin lift (sometimes done separately or not at all), can be as much as $35,000. In Malaysia it’s half the price. When you think that you can add on a week of rest and recuperation somewhere, like on the exotic island of Langkawi, in a 5-star hotel, and still save $10,000 on what it would have cost you in the U.S., it’s no wonder that Malaysia’s medical tourism industry is on the rise.

Western accreditation is also a vital component for confidence in undergoing foreign medical treatments, and hospitals in Penang and Kuala Lumpur were among Southeast Asia’s first recipients of the United States’ prestigious Joint Commission International (JCI) certification, which is seen as the gold standard for health care service providers around the world. Now Malaysia has eight JCI-accredited hospitals for medical tourists to book with.

Some hospitals in Penang also have entire wings specializing in tourists, and have translators for 22 different languages, including Dutch, Norwegian, Swedish and Russian, as well as a teams of English-speaking staff.

The hospitals in Malaysia offer the highest quality in the world, meeting or exceeding U.S. and Australian standards, and all of the patients that I interviewed gave excellent feedback on their procedures and their experiences at the facilities.

Committing to airfares, accommodation, out of network or uninsured medical bills, and time off work is a big decision for travelers to make. Yet it seems for many, the benefits and savings are worth it. For example, a hip replacement at Penang’s Lam Wah Ee Hospital is about one third the price of the same operation in the U.S., making it a worthwhile consideration for many.