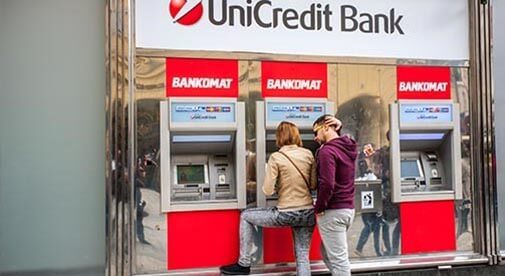 As long as you follow some simple guidelines, personal banking abroad can be as simple as at home. ©iStock/Anouchka.

When I moved to Prague last year, I arrived with two concerns: healthcare and banking. Today, I want to focus on banking and explain how I set up a financial life that allows me to get paid in U.S. dollars back in America, while maintaining local accounts that are necessary for spending and bill paying here in Prague and across the rest of Europe.

I have tried to structure my financial life to be as simple as possible, given the inherent challenges of operating across three currencies. (I get paid in dollars and I have credit card expenses in dollars, but I have to pay for my daily life in Czech crowns, and I regularly need to spend in euros as I travel around Europe.)

To accomplish this, I’ve built my financial life around a hub-and-spoke system. My “hub” is a primary U.S. bank account that receives my monthly income.

From there, my money automatically flows to several “spokes” that allow me to save and pay bills on two continents. I accomplish the overseas part of this process through the TransferWise smartphone app (or the similar OFX app, in case I need a backup).

How the Process Works

Every month, my salary dumps into my U.S. hub account, which launches several automated orders.

First, some of my money automatically flows into a few different accounts that I use for savings or for warehousing money ultimately earmarked for an IRA that I contribute to each year. And other money heads to an “irregular expenses” account I use to pay for known but intermittent costs, including my daughter’s half-yearly tuition and my quarterly long-term care insurance payments. This way, I’m never scrambling to find the money or moving it around to pay for those bills each time.

Second, the U.S. hub account pays my credit card bills. All my credit cards are U.S.-based, so I use my dollar account to pay them off. I’ve set up each credit card to automatically deduct from my hub account a minimum monthly payment. I typically pay each bill in full. But just in case I forget, this auto-payment option ensures that I don’t get hit with late fees or a ding to my credit report.

Finally, my U.S. hub account sends a large chunk of money to my international transfer hub. As mentioned earlier, the hub I use is a smartphone app called TransferWise. I have found through research and trial-and-error, that it’s currently the best option.

Via TransferWise, I send money to:

Why Use Local Banks?

I’ve met several expats in my travels who simply use their ATM or debit card from their home country to live their local life. I understand that—there’s a certain simplicity to it—but I don’t agree that it’s a clever or convenient way to operate as an expat.

As an expat earning an income (or holding your savings) in one currency while living your life in another currency, you face certain challenges. The primary challenges I want to mitigate are:

Currency fluctuations, of course, can be either positive or negative. The dollar strengthens against the Czech crown and my money goes further here in Prague. Great! But when the dollar weakens, the opposite happens. I would rather just neutralize that by holding all the money I need for my local spending in Czech crowns.

As for the transactional costs, here I’m specifically talking about using ATMs to access crowns or euro.

Every time you hit the ATM to pull out local currency, you pay fees. You will pay the cost of the currency conversion, and depending on your bank back in your home country, you might also be paying a fee to use a foreign ATM. I see no wisdom or convenience in this. (And if you’re using the wrong ATMs abroad, or selecting the wrong option when using foreign ATMs, you could be losing an additional 10% to 12% per transaction.)

When I transfer dollars into crowns or euro, it’s a once-a-month cost. And because I’m using TransferWise, that cost structure is about as low as it can go. Then, by having my money in a Czech bank for my expenses in crowns, and in a German bank for my expenses in euros when I’m traveling, I can use my Czech or German debit cards to access my money, already in those currencies, and never face ATM fees or currency conversion costs. In short, my money goes further.

Moreover, from an operational standpoint, it is far more convenient to have a local bank account for local expenses.

But let me offer a bit of counsel: Always have a backup plan when it comes to international money transfer.

I ran into a snag with TransferWise a couple months ago. A routine security scan of my account resulted in a three-week delay in accessing money, despite phone calls to TransferWise to clarify the issue. Ultimately, all turned out fine, but when you’re running up against deadlines to pay your rent, or you need to transfer your monthly living expenses to your local bank, the holdup becomes a huge hassle.

So, I found another smartphone-based transfer service, OFX, which I now use as a backup account. It’s not as cheap as TransferWise, but in an emergency, access to your money is more important than the small added cost you’ll pay.

The ATM Strategy for Living (Or Traveling) Abroad

ATMs can be a major rip-off, and the rip-off can be even more extreme when you’re living or traveling overseas and using your U.S. ATM/debit card for your expenses.

Bank and financial companies have programmed ATMs to react differently to local and non-local ATM/debit cards. If you don’t understand what’s going on when you insert your non-local ATM card in a local bank’s money machine, you will absolutely lose money in the transaction.

Thus, here are some strategies you need to know to avoid the rip-off.

When local ATMs detect a non-local card, they’re often programmed to initially offer huge withdrawal amounts. In Prague, I’ve seen ATMs offer initial withdrawal amounts of between 10,000 and 20,000 Czech crowns. In dollar terms, that’s the equivalent of $425 and $850. I don’t know many people who hit up an ATM for that kind of walking-around money.

Banks earn a nice bit of money from cross-currency ATM transactions through the currency spread they impose. There is the official rate on the world currency markets for charging, say, dollars in euro, and then there’s the rate ATMs charge when they detect a non-local bank card.

In short, that spread is way more advantageous to the bank. So, the more currency the ATM gets you to convert, the larger the profit the owner of that ATM makes on your transaction.

Recently, as a test, I slid my euro-denominated, German bank card into an ATM here in Prague run by Euronet (a company whose blue-and-yellow ATMs are all over the touristy spots in Europe). It offered me 22.88 Czech crowns per euro when the official exchange rate was 25.88. In essence, Euronet wanted an extra 12%. Across a withdrawal of as much as 20,000 crowns, that’s an added, hidden cost of almost $100.

First: Stick to ATMs attached to local banks, rather than using third-party money machines you find in convenience stores or packed around local tourist haunts. You’ll almost always get much better exchange rates with local banks.

Second: Even when you’re using a local bank’s ATM, be aware of what’s going on. And by that, I mean you should reject the currency conversion on the screen. That’s typically a bad exchange rate.

I recently hit up a large, local bank here in Prague to withdraw 1,600 crowns (about $68) from my German euro account. On the screen, the bank offered two options: “Accept with conversion” or “Accept without conversion.”

The “accept with conversion” option showed a conversion rate of 24.11 crowns per euro, for a total withdrawal of €66.35 from my German account.

I chose the option to “accept without conversion,” and the machine spat out my 1,600 crowns. Within about four seconds, my iPhone chirped with a message from N26 letting me know that €62.01 had been deducted from my account—an exchange rate of 25.60 crowns per euro.

“Accept without conversion” saved me almost 7% on my withdrawal.

Finally, let me address a question a lot of people have: Can I open a bank account overseas while I’m still living in the U.S.?

You can blame the Foreign Account Tax Compliance Act (FATCA) for this. It was enacted under the Bush administration in 2010 with the aim of tracking down tax evaders who stash their money overseas. Because of the potentially onerous impacts that law imposed on banks who deal with U.S. clients, foreign banks these days are loath to open accounts for Americans who do not live locally.