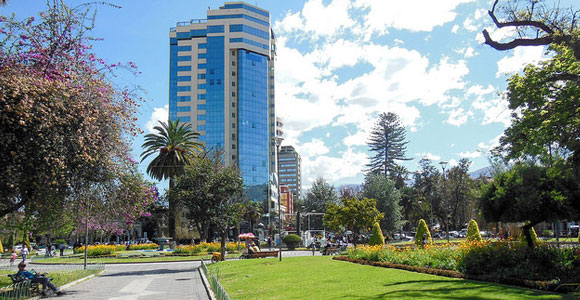 The Economy in Bolivia

Bolivia is one of the poorest and least developed countries in Latin America. Following a disastrous economic crisis during the early 1980s, reforms spurred private investment, stimulated economic growth, and cut poverty rates in the 1990s.

The period 2003-05 was characterized by political instability, racial tensions, and violent protests against plans—subsequently abandoned—to export Bolivia’s newly discovered natural gas reserves to large Northern Hemisphere markets. In 2005, the government passed a controversial hydrocarbons law that imposed significantly higher royalties and required foreign firms then operating under risk-sharing contracts to surrender all production to the state energy company in exchange for a predetermined service fee.

The global recession slowed growth, but Bolivia recorded the highest growth rate in South America during 2009. During 2010-11 increases in world commodity prices resulted in large trade surpluses. However, a lack of foreign investment in the key sectors of mining and hydrocarbons and higher food prices pose challenges for the Bolivian economy.