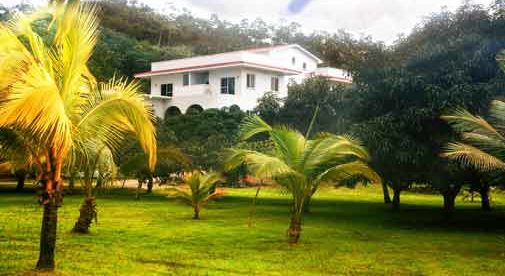 My wife, Dolly, and I were in our early 50s when we decided to retire to Central America. Now fully retired at age 62, I can look back on the last 10 years of our life as expats with immense gratification. We were wildlife photographers and, having spent the best part of 20 years working in Europe and Africa, the American continent beckoned.

Costa Rica—where we’d honeymooned 20 years earlier—had some appeal: A small investment in a teak stand or other farm activity was the request of the government for initial residence. We liked the idea, but Belize also caught our attention, and held it. It had the stand-out advantage that, as a former British colony, English was its first language.

“Let’s just go live there,” Dolly said one day in September, 2004. “I mean, why not? Our business has gone digital, everything happens via the internet. It doesn’t matter where our home is anymore.”

The following year we were on a plane.

Just a short vacation, we envisaged, to see what Belize had to offer. A trip down the Sittee River in a small fishing skiff sealed our fate. Morelet’s crocodiles watched us glide by, terrapin heads rose to greet us, parrots flew overhead. Everywhere we looked, huge orange iguanas lay strewn across tree branches, and every palm frond had a night heron or an egret perched upon it. We were surrounded by pristine wildlife that didn’t care about us. That’s a wildlife photographer’s paradise.

We soon learned that Belize’s government was eager for expats to retire to its shores, allowing anyone to purchase land and build a home. The only ongoing requirement was to pay land tax, but our 225 acres would only cost us $650 a year.

And the purchase price for land was low, too. Farmland or forest cost a mere $100 an acre through a real estate agent, or $50 an acre by private exchange, which is how we bought our place on the coastal road in Sittee River.

Beachfront property costs a lot more, of course, but it’s still within easy reach of a U.S. or European purse. An acre of beachfront might put you back $50,000. That’s what our near neighbors Tanya and Ken paid just two years ago.

“Look at it,” Tanya exclaimed with pride, on our first visit to their lot. “We put up a couple of these cabañas made of local hardwood, we swept the beach of drift-wood and now we have paying guests—all in less than a year. We are booked solid for three months.” And no wonder. It is a beautifully secluded spot: their dream come true.

In our case, we went farther inland. We bought a large lot on a forested hillside, all jungle and built our 6,000-square-foot house with off-grid solar power, composting toilets, and rainwater vats. Ten years ago, it cost us $600,000, with enough land to contain the wildlife sanctuary we maintain here.

“Farmland and forest here cost us just $50 an acre.”

For visas, we opted for the Qualified Retired Person program (QRP). We merely had to show proof of annual earnings from a trust or corporate retirement package of $24,000 (some $2,000 a month). Once approved, we were allowed to bring all our household belongings into Belize, duty free, plus a new car, a boat, or even a plane.

Under this program we were not allowed to work in Belize (as in “draw an income”), but that was not why we came here. The message was clear: “Come! You are welcome to retire in Belize.”

Within a few months we had heaps of new friends: Belizeans, Americans, and Brits. Fred Brown from Los Angeles., mar-ried for 30 years with a Belizean wife, says it like it is: “Why in hell would I want to retire in the U.S.? Life is affordable here, life is sweet. I bought a tiny island: now I have a project in retirement. What could possibly be better than that?”

His wife agrees. “I had some work done by a dentist the other day,” she proudly says with a huge smile. “A root canal and a cap, among other things. It came to oh yep $100, or thereabouts. Would have cost me upwards of $2,000 in the States.”

Indeed, life is more affordable in Belize—barring the cost of gasoline which is double what you pay in the U.S. Sipping homemade cocktails mixed from a $7 bottle of rum, while your bare feet are soaking up the Caribbean surf under a loaded palm tree, makes the question, “Where else would I rather be?” purely rhetorical.

We grow all our own fruit and vegetables, but produce is affordable anyway.

Eight bananas, for example, costs 50 cents. A typical weekly grocery run into town will cost about $50 each.

We have no utility bills, because we live off-grid, except for phone and internet which costs $50 a month for 4G coverage. We have air-conditioning and a backup generator that runs off bottled butane/propane—affordable and clean at $2 per gallon, delivered to your door. Everyone here has gas stoves, water heaters, and driers running off bottles.

Here I sit on my bedroom balcony, camera at the ready. Below me is a band of some 80 coatimundi foraging in my garden. For 10 years we have been soft releasing these and other species for the Forestry Department of Belize, caring for animals that are injured, sick, or caught up in the illegal pet trade (search “WitzooBelize” on Facebook for details). There are a number of us expats here who do the same. Not for income, but for satisfaction of a different kind. Healthwise, I feel 10 years younger.

I haven’t aged since first setting foot in Belize.

Editor’s note: If you’ve ever considered a move to Belize…a place where you’ll feel welcome and wanted…a country that’s teeming with opportunity, then you’ll want to check out our in-depth guide, Escape to Belize. From finding a property…to obtaining your residence visa, you’ll learn how to invest, travel, live, retire, and start a new business in one of the last affordable Caribbean havens. Get your copy here.