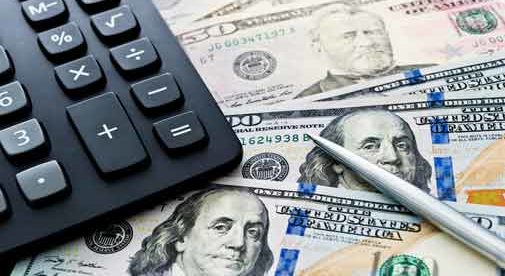 U.S. financial service providers can be reluctant to deal with expats, but there are options. ©iStock.com/Baona

“You are breaking a federal law,” screamed my financial advisor, as we Skyped between Madrid, Spain, and Santa Fe, New Mexico. “You must return to the United States immediately!”

My alleged crime? Taking disbursements from my IRA account.

“Surely that can’t be right,” I said. “There are thousands of American retirees living abroad.”

“And none of them are taking disbursements from IRA accounts,” she insisted.

My account was restricted, and I was unable to withdraw the funds I needed to pay my Spanish rent. After a sleepless night, I decided to consult with some more international-minded advisors, which proved wise.

Their news was reassuring: It’s perfectly legal to take disbursements from an IRA when living overseas. “We do IRA disbursements for clients in Spain all the time,” Frederic Behrens, international financial advisor with Thun Financial Advisors, told me. “There are U.S. brokers who will work with Americans all over the world. There is absolutely nothing wrong with doing this; it’s your money.”

Tom Zachystal, president of Individual Asset Management, agrees. He says that, not only is it legal to take such disbursements, but also, “if you are over 70, you have to take them.”

Why the confusion? International financial reporting requirements are so burdensome that some U.S. brokerage firms and banks just don’t want to work with clients who are not U.S. residents.

Recently, a broad range of U.S. financial institutions has informed clients that their accounts have been restricted or closed because of living abroad. Zachystal explains, “If it is a larger account, the brokerage will probably keep it.” But that’s no consolation to those of us with more modest sums in the bank. How modest? Think anything under seven figures. “Morgan Stanley sent around a letter closing accounts in about the last year or two to everybody who had an account under $1 million who was a U.S. expat. Merrill Lynch did the same a couple of years ago, so it is really starting to hit U.S. expats.”

Which suggests that banks and financial institutions just don’t want to make the effort to figure out the rules that apply to international disbursements. Not unless there’s big money involved, at any rate.

For those expats who are not millionaires, it’s an institutional brick wall. Any bank or financial institution that isn’t well versed in these international rules may challenge you if you move abroad. And every bank and financial institution has its own policies on clients living overseas. Morgan Stanley, Merrill Lynch, Wells Fargo, Fidelity, and Edward Jones have all closed or restricted expat accounts. Of these, only Wells Fargo Advisors responded to my invitation to comment. It pointed out that it reviews client accounts on a case-by-case basis, and suggests that prospective expats get in touch with a financial advisor before they leave home, to have all the options and rules explained.

That advice, at least, is sound. A lot of regulations are involved, and having an expert guide you through them is a good plan. Most of these rules have to do with the Foreign Account Tax Compliance Act (FATCA). This Act compels financial institutions abroad to report the accounts of their U.S. clients to the IRS. It goes the other way, too: FATCA requires brokerages in the U.S. to report expats’ U.S. accounts to their new country’s tax authority. Whether you think of that as international transparency or as two-way snitching is irrelevant, it just has to be done. But as Zachystal observes, “A lot of the brokerage firms don’t want to do all this reporting, especially for smaller accounts.”

The solution? Work with “expat-friendly” brokerage firms. Thun Financial Advisors mentions Charles Schwab as an option. “They want to work with Americans and European nationals on these investment issues. They opened an office in London. They have offices in Asia and are opening offices in Europe.”

For his part, Zachystal suggests a number of resources. One brokerage firm that is particularly good at this kind of thing is Interactive Brokers. It is a large U.S. discount brokerage firm for people who like to manage their own accounts. It specifically advertises that it will deal with U.S. citizens living pretty much anywhere. He also cites TD Ameritrade and Pershing, using them as custodians of the accounts he manages for his own clients at Individual Asset Management. He points out that a lot also depends on the country. For example, many U.S. brokerage firms will readily deal with U.S. citizens living in Mexico. The reason is simple: There are so many U.S. expats in Mexico that firms don’t want to close all those accounts.

If Your Account Is Closed or Restricted, Take Quick Action.

Restrictions and closures can affect both taxable brokerage accounts and IRAs. But the unexpected closing of an IRA can be a serious tax disaster. “In some cases, if people haven’t taken action after they receive a letter to move their account, I’ve seen them get a check for the distribution of their entire IRA account, which is bad,” says Zachystal. “In case that happens, if you take action within 60 days, you can still do a rollover, called an ‘indirect rollover,’ and not have to deal with the tax consequences. If it is longer than 60 days, it is still possible to do something, so all hope is not lost, but sooner is better than later.”

Figure Out What You Need to Know, and Ask a Professional

If you are considering retirement abroad, think about what questions you need to ask as part of your planning process. Get that information up front, and base your decision on solid knowledge, rather than just ignoring the issue and hoping for the best. One strategy is to call your brokerage firm or your investment advisor and say, “What if I were to move to (wherever you are planning to move)? Would that make any difference to my account?” Don’t wait to do it until after your move—you want to leave yourself some time to make a decision, because it may take you a while to move the account. It’s good to do it before you go.

Make sure you are working with a cross-border advisor.

Frederic Behrens of Thun Financial Advisors explains, “Make sure you are working with a cross-border financial advisor who understands that, not only is it easy to open an IRA and take distributions while you are overseas, but who also understands how that is taxed, how to report your assets, and how your Social Security is going to be taxed. It is more than just having an account. It is understanding all these issues you might face as an American, who must always pay U.S. taxes, and who may have to pay other taxes because of your residence. Some clients may need to move to a custodian that works well abroad, like Charles Schwab, Interactive Brokers, or Pershing. A little planning can go a long way.”

If you are already living overseas, opening a new U.S. bank account can be difficult, because you are required to apply in person. The solution that both institutions suggest is joining American Citizens Abroad to get access to the State Department Federal Credit Union (SDFCU). According to Zachystal, “This is the credit union that deals with people who work in U.S. embassies around the world, and they are great at this. You can open an account online. For people looking to create a new banking relationship, it’s really hard to do that from overseas, but this is one way to do it.” See: Americansabroad.org/sdfcu-account.

Be Patient and Persevere

The FATCA requirements can also make it difficult to open a bank account in the expat’s country of residence. When I arrived in Spain, I discovered that only one bank, Santander, would open bank accounts for foreigners, and only at one branch in downtown Madrid. Banks often don’t want to deal with U.S. citizens because of the tax reporting requirements. It’s a Catch-22. Some of the local firms will not want to deal with you as a U.S. citizen, and the brokerage firms don’t want to deal with the non-U.S. residents, so you can get caught in the middle. Behrens concurs. “It’s tough opening bank accounts abroad. I guess there is no easy advice. It’s just reaching out to the local banks and seeing if they will take Americans.”