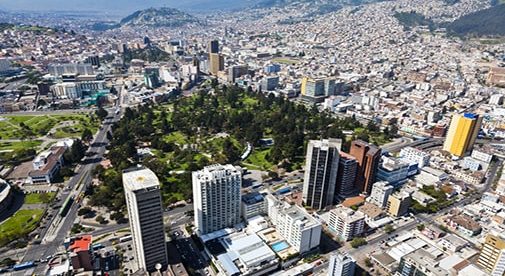 One of the major concerns when moving to another country for retirement is the availability and cost of healthcare. I have been living in Quito, Ecuador, for the past 17 years and I have had several opportunities to utilize the healthcare system here during that time. There are some hospitals that I would not recommend, especially those that are government subsidized. However, there are other hospitals, such as Hospital Metropolitana in Quito that I would highly endorse. It is part of Humana Inc. and many of its doctors were educated in the U.S., Canada, or Europe.

During my time here I have never deemed it important to have health insurance. Excellent healthcare is readily available at incredibly low prices.

Several years ago, I broke my ankle. I went to a private clinic near my home to have it checked. They immediately took X-rays of the area to confirm the break. Since it was after hours they called in a specialist to look at the images to determine the proper course of action. The traumatologist determined that there was a fracture of the fibula and they placed me in a temporary cast. The cost of radiology exam, traumatologist, and cast was just $80. I had to return in eight days to have a permanent cast placed, which cost $75. The cast remained on for eight weeks. Once it was removed the doctor recommended I attend 20 hours of physical therapy. The cost of this was $6 per hour, coming to $120 total. Not something I found necessary to have covered by insurance.

Now, you might say that this is a rather minor affliction but what about something a little more catastrophic?

A couple of years ago I had a stroke. I went to see a neurologist. His first demand was that I have an MRI done, which cost $280. When I returned to see the doctor, he immediately admitted me to the hospital for further observation. Despite what the MRI indicated, a half-dollar sized shadow on my right frontal lobe, I had few physical manifestations. Most of my symptoms were cognitive, mainly aphasia. So that afternoon I was admitted to the private clinic where he worked. I was given a private room and my daughter was permitted to stay with me. They provided her with a bed, blankets, and pillows.

While in the hospital they ran several more tests: an EKG to check my heart, an ultrasound to check my carotid artery, and blood tests. I spent three nights for observation. I had regular visits frim my neurologist and cardiologist. The total cost for this service was less than $2,000: neurologist fee $400, cardiologist fee $300, hospital fee for three night plus all medical exams $600. Within a month, I had no outward signs that I had had a stroke. Nine months later I went ziplining to celebrate my birthday.

My experience with the Ecuadorian healthcare system has been very positive. Health insurance is readily available but I still do not find it an important option. If anyone has concerns about healthcare upon retirement, I would give Ecuador two thumbs up.

Cotacachi, Ecuador: A Small Town With An International Flair

Is It Safe To Live In Cotacachi?