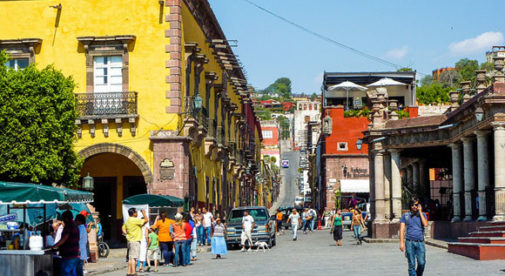 But I earn good money. Enough that I’m able to travel the world, save for retirement, and dine at nice restaurants without ever breaking a sweat about my bank account.

You see, in 2008 I quit my office job so that I could wander through the Middle East, Asia and Australia for a few years.

I liked the idea of making a living through writing. For the first two years, I looked for assignments from newspapers and magazines. But I hated sending out article pitches. I wanted editors to start approaching me, rather than me pitching them.

I stopped sending my work to editors. I was tired of writing to their agendas and wondering if my articles would make the cut. I wanted to write what I wanted, when I wanted, without having to worry about getting approval.

So I started writing about topics that interest me. I wrote about managing money, designing your ideal lifestyle, and traveling the globe. Then, I put my articles online for people to read.

And guess what happened? Momentum began to grow. I hit an important benchmark: 5,000 people read my online work in a single month. That became 10,000 readers. Then 15,000.

Instead of having to try to get the attention of magazine and newspaper editors, they began to come looking for me. Unsolicited emails would appear in my Inbox saying, “Hi, I’m the editor of Example.com. Would you be interested in writing two articles per week for our website? The pay is $X per article.”

Then came the advertisers. I placed Google and Amazon ads around my articles—and deposited checks in my bank account in return. In the beginning, these were small sums: $100 every three or four months from Google, and perhaps $20 a month from Amazon.

These days, 100 percent of my income comes from opportunities that sprung from my online writing. Advertising, writing, consulting and speaking. Every single dime of my income stems directly from my decision to stop chasing editors, and to write my own way.

And the best part is that I can write my articles from anywhere on earth with an Internet connection. Hawaii? California? Thailand? Mexico? The world is wide open.

In 2011 alone, I visited New Orleans five times (yes, five), went to Florida twice. I lived in New York for a month. I spent 10 days in Nevada and another 10 days on San Maarten in the Caribbean.

I also traveled to Los Angeles, Denver, Chicago, St. Louis, Sacramento and my former hometown of Cincinnati. And I did it all without ever having to ask for a “vacation day.”

In 2012 I visited San Francisco, Tampa, Savannah, Denver and the desert in Nevada, and began making plans for some major trips in 2013, when I’ll head to Jamaica and Eastern Europe.

Everything you Need to Know About Copywriting

Make Good Money Surfing the Internet in Your Spare Time