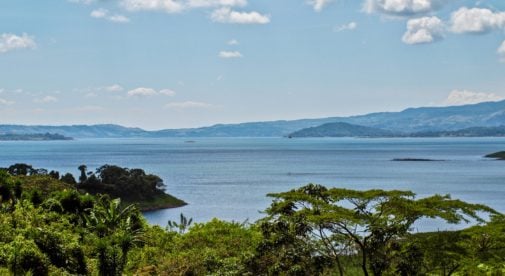 There was a time, only seven months ago, that I had a very scheduled and predictable routine for everyday living. I was retired, and in 2004, when I left education, I had stopped using my alarm to wake up in the morning. This was a good start for retirement.

However, I still woke up at 5:30 a.m., showered, dressed, and ate breakfast in time to be on the phone or computer at 7 a.m. talking to real estate clients.

I was still working. It seemed like the 50-hour weeks I had spent working as a school administrator turned into 50-hour weeks selling real estate. I was successful, but I was also feeling tired. My predictable work schedule and routine was not what I really wanted.

Yes, I had the BMW, the house all paid for, no debt, and the extra money from working to do just about anything that I wanted to. What I did not have was the time.

One day I sat down and looked at things. I realized that I had been researching retirement overseas for over 10 years. I had taken short trips to places like Peru, Ecuador, Belize, and Europe with the thought in mind that I might want to live in one of these countries at some time. My friends rolled their eyes a little when I mentioned buying property in a foreign country, but the more I read, the more I was convinced that it could work.

There were so many reasons to make the change. The warmer weather, the lower cost of living, the generous natures of the people I had met, and the adventure. They all played into my decision to keep this thought on the front burner.

The more I researched, the clearer it all became.

I had first seen Costa Rica in 2016 when my wife, Chris, and I spent a month studying Spanish and traveling around the country. We stayed with local families, known as ticos, ate typical food, and began to meld into the Pura Vida pace of living.

It was on a weekend excursion from Monteverde to Lake Arenal and La Fortuna that was the catalyst that made the dream a reality. When we drove from Tilaran to Nuevo Arenal it was the beautiful scene of the lake and the perpetual green of the area that answered the question as to where we wanted to be. There were only a few more details to consider.

Could we live on $3,000 a month as has been advertised? I was a retired educator with a fixed income. I had some savings, but how far would that take me?

I went back to my calculator, looked at my budget and my investments, and made the final decision that yes, I could make it all work. It has turned out to be more like $4,000 a month, but still much less than living in the States.

Two other trips and interchanges with other expats confirmed that the weather was indeed consistently between 65 F and 85 F. We are not “beach people” and did not want the hotter weather. Nuevo Arenal was perfect for us, and we are only 90 minutes from the beach.

We looked at houses, but could not find the one for us. So we decided to build one. We found a beautiful lot overlooking Lake Arenal that also has a scenic view of the Arenal volcano. The house is finished and paid for after selling the house in the States and using some savings for extras like landscaping. I drive a KIA Sportage. We are still debt free.

On July 4, 2018, we declared independence from a lifestyle that was not working for us, and we moved to Costa Rica. Everything is going as planned.

Most importantly, there is no routine.

I am up early, but it is the sound of our four dogs that wakes me—a joy. My coffee is locally grown, and I can take as long as I want to finish my breakfast on the patio overlooking the lake. I write in the mornings, when I want to, and spend time with my gardener two or three times a month, developing our organic gardens and landscaping. There is also Spanish class twice a week, but not required. We also have noticed that we have more friends than we ever had in the States, both expats and ticos, and we see more of them.

There is plenty of time to fill up the day doing what we want to do. There is no routine except the routine of waking up each day to a life we want.