Both above and below the water, the coastline of Guam offers a wealth of treasures. ©iStock/Jinibin

It must be every adventurer’s dream. I sail into Guam on my sloop, The Way, finishing three years of island hopping and diving my way through the Pacific. I’m exhausted, unshaven, and reluctant but ready to find a job for a few months to refill my adventure purse.

Wandering around a dive shop, I met a boat captain who asked if I knew how to scuba dive, because he was looking for an experienced diver to fill the final slot on an eight-man salvage team.

“What are you salvaging?”

“A shipwreck: the Nuestra Senora de Pilar Zaragosa y Santiago, to be exact. It’s called the Pilar Project—off the southern end of Guam. Have you heard about it?”

“Sure,” I said. I’d seen a Discovery Channel show on it. He was referring to the recovery of a 16th-century Spanish galleon that was carrying enough silver—a billion dollars’ worth—to build a city in the Philippines. It’s one of the world’s best known underwater treasure hunts.

David Tibbetts smiled. He was captain of the Pilar Project’s boat and dive team.

David explained what being a diver on the project required. The team works off a rusty tugboat anchored near Cocos Island off Guam. Generally, everyone makes four or five dives a day, staying down as long as the dive computers and daylight allows them to. Most of the underwater labor is physical and demanding.

Enough silver—a billion dollars’ worth— to build a city.

Imagine working in a giant quarry, but 120 feet under water. Often twice a day, a pair of divers will be required to lift the 110-pound anchors and relocate them a quarter-mile away. Other chores include clearing boulders and World War II debris, searching for silver with underwater metal detectors, and using the heavy underwater machinery: the eductor dredge. The biggest danger is getting the bends. The biggest nuisance: camouflaged stone fish.

“But the visibility is great, right? You can see everything clearly?” I asked David.

“Sure, often better than 100 feet. All the better to keep an eye out for the men-in-gray that like to swim around.”

I cringed, remembering my love-hate relationship with sharks. I’d met a handful of locals in the Pacific with missing limbs from attacks.

I listened carefully, and David’s stories transformed my vision of recovering giant silver bars and diamond-studded treasures into that of a casket and an obscure Guamanian cemetery.

Still, 10 minutes later when I was offered the job, I took it. I knew there were risks. But the rewards outweighed them.

Treasure hunting is not as obscure as it seems. Around the world, there are hundreds of ongoing projects—including volunteering—where travelers can join a treasure hunting adventure for a day or a year. In Northern California, private companies will take you gold panning along rivers. In Israel, there are biblical archaeological digs where two weeks of full-time participation is required. And in Cambodia, the non-profit Earthwatch Institute (Earthwatch.org) has a program for adults to excavate ancient civilizations and their treasures.

“Nine feet!” a geologist yelled to me over the roar of the tugboat’s diesel on my first day out to the diving site. I had asked him how much coral growth could occur since the galleon sank. “Over a 300-year period the Pilar could be a full nine feet into solid coral. And God knows how deep it could be into the sand. You guys have got a lot of digging to do.”

David drove the tugboat up to a buoy attached to the ocean floor by a thick rope. The swells were six feet and the trades were already ripping around Cocos Island at 20 knots. The tugboat lurched uncomfortably; a rough open sea faced us to our west. We geared up and David turned on my air, instructing me on what we were going to do. He was going to be my dive partner for the first week, and today we were going to clear some boulders in an area where a cannon ball was found the year before.

I started putting on my fins, and he asked what I was doing.

“Getting ready for a dive.”

“Not with your fins. We only use booties. And these…”

He reached into his dive crate and pulled out a weight belt with 30 pounds on it. I struggled to strap it on.

He laughed, saying, “We work by walking on the bottom. In the next four months you won’t put your fins on once. Think in terms of the moon, Zoltan.”

Two minutes later we pushed off the ladder and speedily descended 130 feet into the wide-open blue. I felt like Superman dropping from a skyscraper—a kaleidoscope of ocean colors shooting towards me.

As exciting as my four months on the Pilar Project were, our team never recovered any silver. We did, however, find plenty of iron square-nails, pottery, and cobblestone rocks (thought to be the galleon’s ballast). On one dive, David and I uncovered what was one of the finds of the season: three fully intact cannonballs.

But the million silver coins remained elusive. In late summer, weather forced the project to a halt. I parted company with my new friends and continued my sailing voyage towards the Philippines, thinking fondly of my time as a treasure hunter. 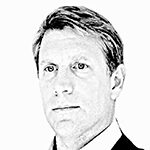 Zoltan Istvan is one of the world’s best-known futurists. He has traveled over 100 countries, writing for National Geographic, the New York Times, and other outlets.