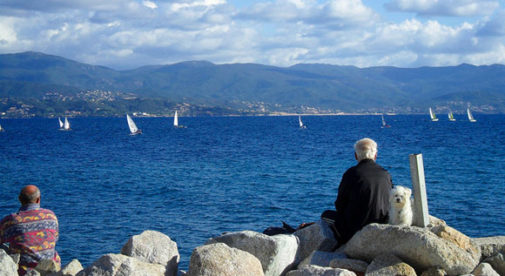 Pets are a big concern for many potential expats.

While the financial and personal advantages of retiring abroad are obvious, it’s not so obvious how to fit four-legged family members into the mix.

The mechanics and paperwork for getting Fido or Fluffy from your old home to your new overseas location aren’t overwhelming, but they differ from country to country…and even from season to season.

Also, some of the paperwork requirements, like a valid international health certificate, can be time-sensitive and need to be properly planned for in your relocation timeline.

In most cases, for the countries most expats consider, quarantines aren’t an issue. But like visa and other relocation issues, that can change, and current information is essential.

Another consideration is the cultural norms of the destination country. For example, throughout much of Latin America and Asia, dogs and cats aren’t viewed as the cherished family members they’ve become in North America. The treatment of stray animals and guard dogs can shock some North Americans who consider their own animals to be almost like children. Knowing beforehand how personal pets are viewed in a particular culture can be an important part of acclimating to that culture.

My wife, Suzan, and I traveled for years throughout Mexico, Panama, Ecuador, and Nicaragua with our dog, Jack. Not only did paperwork requirements and timelines change depending on what country we were leaving and going to, but they also changed over time, and varied between airlines.

But we were happy to tackle the learning curve of traveling the world with Jack, because leaving him behind was simply not an option. He was a rescue puppy who never, as long as he lived, forgot what Suzan did for him by adopting him from the pound. He lived to be close to Suzan, and he was only sad when she wasn’t around or he thought he’d disappointed her. He didn’t particularly enjoy travel…he topped out at about 90 pounds, so he rode in the cargo hold, and the look on his face when we brought out his travel kennel said it all. But he’d endure anything to stay close to Suzan. And we’d endure any amount of paperwork and travel logistics to make that happen.

He finally passed away while we were living in Merida, Mexico, and by that time he was better traveled than most of our human friends. He was a dog of the world, and he taught Suzan and I the ropes of living and traveling with a beloved pet.