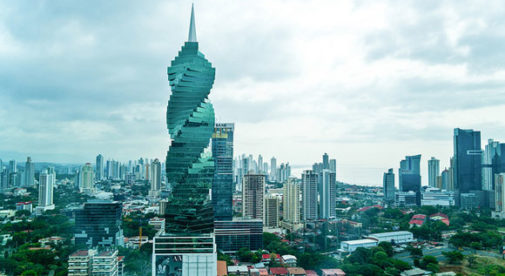 When it comes to telecommunications and technology, there’s not a country in the region that compares to Panama. This tiny powerhouse has long been recognized as a telecommunications hub, as five of the world’s major fiber optic cables intersect here. Land line and later cell phone calls were top notch here from the get-go, thanks to Panama’s outstanding infrastructure.

And when the world entered the age of high-speed Internet, Panama went to great lengths to not only keep up, but be at the forefront.

And Panama has continued to keep up and be recognized for technology and innovation. In 2012, a Biz Fit event highlighted Panama as an “Innovation Hub of the Americas” and Techno Show Panama became the nation’s first ever international technology fair. Just last year, the World Economic Forum Global Information Technology Report listed Panama as number one in Central America for information communication technologies uptake, number three in Latin America for network readiness, and number three in the world for mobile telephone subscriptions.

Today, Panama’s Authority for Government Innovation is working to bring connectivity to every municipality in the country. With most major cities and even small towns boasting paid high-speed Internet and free government Wi-Fi around many schools and town plazas, the AIG is making great strides.

According to the World Economic Forum’s Global Competitiveness Report 2014-2015, Panama has the most competitive economy in Central America—in large part thanks to its excellent technology and infrastructure.

What does all this mean for you? Whether you travel to rural towns like Las Tablas or the Caribbean Islands of Bocas del Toro, you’ll be able to get online from your smart phone, tablet, laptop…you name it.

I have been living in and writing about Panama for over eight years, and in my recent travels I have had access to high-speed Internet in the rainforest, at the beach, and in remote mountain towns.

In fact, the last time I visited the tiny, remote town of San Francisco de la Montaña, I was greeted with a wonderful sight. Locals were sitting in the plaza near a church built in 1621. There was nothing unusual about that. But lo and behold, quite a few of them had personal computers on their laps.

“Are you online?” I asked one of them.

The boy rolled his eyes comically. “Yes, there’s free WiFi in the plaza. Didn’t you know that?”