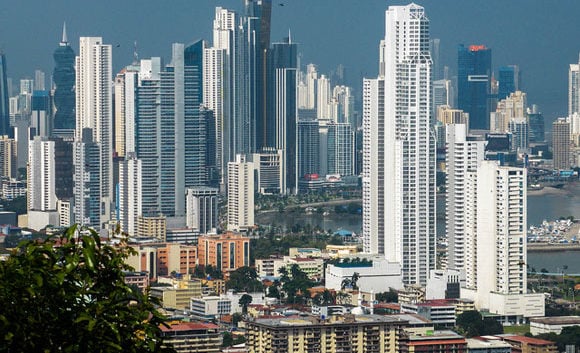 The Republic of Panama is perhaps the ideal destination for anyone looking for serious financial privacy and no taxes, corporate or personal. Its proximity to the growing Latin American market makes it a natural base for world business operations, and, in spite of its troubled history, it isn’t directly under the thumb of either the United States or the United Kingdom.

Panama is a country in much better shape financially than its Central American neighbors to the north, or Colombia to the south. Annual inflation has averaged 1.4% for the past 30 years, and during the 1990s, it barely exceeded 1% per year. Then there is the wealth represented by the Panama Canal. Its operations in 2001, according to the Panama Canal Authority, generated $630.8 million in total revenues, much of which was plowed back into constant maintenance. But the move that could turn the current flow of 14,000 annual ship transits into a flood is the widening of the canal and the building of bigger locks.

There are also thousands of acres of land from former U.S. military installations—prized real estate with an estimated value of $4 billion. Admittedly, its distribution and privatization has been slow and marked by charges of corruption, producing few of the general benefits promised or anticipated.

How to Invest in Panama and Build a Tax-Advantaged Enterprise

Panama is on the rise…as a retirement destination…an adventure wonderland…and an investment paradise. It is simply bursting with opportunities for the adventurous entrepreneur. Things are just starting to get going here. Those with foresight stand to make impressive gains.

The government of Panama has set up a number of attractive programs and special zones in order to attract foreign investors to its shores. These programs won’t last forever, though. But while they’re here, they’ll give the adventurous pioneers who decide to capitalize on them a tremendous head start in the business world.

In fact, almost every International Living reader we know who has come to retire in Panama has capitalized on the opportunities here, and has begun a business of some sort, from guest houses…to property developments…to resorts…to ecotourism projects…to forestation projects…to charter dive operations…and even boat-repair outfits…

In 1994, Panama passed Law No. 8—the most modern and comprehensive law for the promotion of tourism investment in Latin America and the Caribbean.

Since the law was enacted, dozens of the world’s largest hotel chains have swept in to take advantage of it. But Panama’s attractive tourism investment laws are not just for big business. Anyone willing to invest as little as $50,000 in a tourism project can take advantage of the enormous tax benefits and financial incentives available here.

You could build a guest house in the hills of Boquete; start a whitewater rafting outfit in Chiriqui Viejo; open a surfboard rental shop at Playa Santa Catalina; trek tour groups through the wild Darién Gap; open a marina, hotel, restaurant, or nightspot along the beaches of the Pacific coast; launch a horse-drawn carriage service on Isla Taboga, the “Island of Flowers,” which has no cars; take tour groups through the historical ruins of Panama’s colonial era…the opportunities are endless…

With a minimum investment of $50,000 anywhere in Panama’s interior, you receive:

And if you start up a tourism-related business in one of the specially designated tourist zones, you can also receive a 15-year exemption on your income taxes.

With its Law No. 9 of Aug. 27, 1997, the Panamanian government created great incentives for property developers interested in Panama City’s Casco Viejo (the old city).

For instance, any income you make from the sale or rental of your property is exempted from income tax for 10 years. You can also deduct 100% of the costs of the renovation from your income tax. Plus, you won’t have to pay any duties on any materials you import to complete the renovation.

Signs of private investment prompted by these incentives are everywhere. You don’t walk far without passing a restored building or one in process of renovation. Scaffolding seems to be on every corner. There’s an almost “land rush” feel to condominium development in the area.