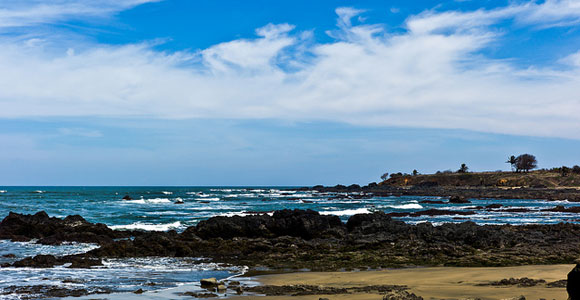 Get Quality, Affordable Healthcare in Panama

If you’re looking for quality healthcare you can afford, look to Panama. Clinics and hospitals are strategically located in hubs across the country. And since the country is so small, you’re unlikely to be more than an hour from a modern facility…no matter where you choose to live. It’s also not unusual to find English-speaking doctors here, as many study abroad after finishing the required training in Panama.

Panama City is known throughout Latin America for its excellent clinics and hospitals. Getting to Panama City from nearly anywhere in the country is quick and easy, whether you’re driving two hours from the mountain haven of El Valle, or flying an hour from the island paradise that is Bocas del Toro.

Accreditations offered by the likes of the Joint Commission International (JCI) also help to highlight Panama’s high standards. The San Fernando Hospital in Panama City was the first facility in Panama to obtain a JCI gold-star rating. (The San Fernando group also has a small but well-equipped satellite facility in the expat hub of Coronado, 51 miles west of the capital, in the Pacific beach region known as the Arco Seco, or Dry Arc.)

Other hub towns with hospitals, medical centers, and/or clinics include David and Chitré. These are a short drive from the retirement havens of Boquete and Pedasí, respectively. Even in smaller towns, you will find excellent doctors, dentists, and vets for your pets .

The equipment and doctors at clinics and hospitals across Panama are similar to what you’d find in the same facilities in the U.S. or Canada, with many expats reporting that they received more personalized care in Panama than they did back home. The same is true for dentistry in Panama—one of many fields attracting medical tourists to this country.

Pharmacies in Panama are, of course, also plentiful, with the Arrocha and Metro chains among the most ubiquitous. You’ll also find pharmacies in hospitals and supermarkets like the El Rey chain. Prices for prescription drugs can be low as well, as many are priced for the local market. Plus, some drugs that require a prescription in the U.S. are available over the counter in Panama.

Private health insurance available to expats living in Panama is generally much cheaper than insurance in the U.S. In part, this is because doctor’s fees and hospital visits are inexpensive. . Also, medical malpractice costs are low because Panama’s ponderous judicial system is not conducive to money-seeking lawsuits.

Finally, salaries are still relatively low in Panama. A salary of $1,200 to $2,000 a month is considered excellent for a university graduate in Panama and a great many Panamanians earn considerably less.

Panama: Great Healthcare at a Fraction of the Cost

As a Texan firefighter, my husband, Clyde, had premium health insurance—which the city helped pay for. But once he retired we would have had to pay the full amount, about $1,000 a month.

Since we were both too young for Medicaid, we wanted to live somewhere with good healthcare that cost less than the U.S. Panama topped all the lists. It offers world-class care and English-speaking doctors at a fraction of the cost. And these doctors will even give out their personal cell phone numbers for after-hours questions!

Panama City has top-notch hospitals, and the best one (Punta Pacifica) is associated with Johns Hopkins International. Since my husband had cornea transplants, our first priority was to find a cornea specialist.

A visit to the ophthalmologist at Punta Pacifica costs $50. Compare that to Clyde’s visits with a doctor in Houston: $200 to $450…and the appointment takes much longer in Houston. Clyde feels his doctor in Panama is equal in skill to the U.S. doctor (and she speaks very good English).

Although we can pay out of pocket for doctor’s visits here, we felt it was necessary to get insurance to cover any major illnesses, should they occur. We chose a local plan for about $180 a month for the two of us. It has a $250 yearly deductible and includes some emergency coverage when traveling outside of Panama.

Driving an hour from the beach to Panama City makes sense for specialist treatment, but for everything else, our local doctor is just a few minutes away. A visit several years ago to Dr. Jose Pablo Garcia cost us $6…and the prescription was filled at the pharmacy next door for a few dollars.

We could never imagine back in the U.S. that seeing a doctor could be this cheap anywhere in the world.

How Panama Healthcare Saves Us Thousands

When my husband Dan and I first considered moving overseas, healthcare was at the top of our list of priorities.

With Panama offering both public and private healthcare systems, costs up to five times less than the U.S., and zero waiting time for procedures, it certainly made the grade.

We settled near the tiny fishing village of El Ciruelo, 20 minutes from Pedasí, on the southern tip of the Azuero Peninsula in Panama’s “Dry Arc”. Here, we most often use the local public healthcare system.

To see a doctor in the Pedasí hospital clinic will set you back $2. Antibiotics are $4. There is rarely any wait time.

However, we also decided on a private health insurance plan affiliated with one of the renowned hospitals in Panama City, the Clinica Hospital San Fernando, to cover any major health issues.

The cost is $190 a month for both of us, with the hospital plan taking care of 70% of the billing, leaving us with 30% to cover. This way, we have the best of both worlds.

And, because of an ongoing ear issue, I have had the opportunity to test our private healthcare insurance several times.

I have a failed eustachian tube in my right ear. When the issue first arose in the summer of 2019, I called our private health insurer and they immediately emailed the details of five English-speaking specialists that were affiliated with the San Fernando Hospital and consequently covered by our insurance.

I contacted the one I thought was the best fit for me and two days later I was sitting in her office where it was determined that I needed a tube in my ear.

I had my first surgery with her at the end of August 2019. That tube lasted one year and then I had another one put in.

I saw my specialist again in September 2021, since the tubes seem to last about a year, and it was determined that all was well for now, so we flew to the U.S. for a family visit. While there, however, the tube failed and when this happens, I can’t fly because my ear fills with water. So, I had no choice but to get a tube inserted in the U.S.

We had purchased an international health insurance plan for the time we were out of country (we paid up for the gold package), but it is structured that you pay out of pocket and then submit your documents for reimbursement.

We found a top-notch ear specialist near where we were staying in Virginia. It took several weeks to get in to see her but when I did, she offered almost instant relief saying that she could insert the tube right there in her office. No surgery involved, as is the case in Panama.

She couldn’t give us an estimate of cost because that goes through the billing department. Of course, we had to get it done and within minutes I could hear. We finally reached billing a few days later because we wanted to clear up our monies owning before leaving for Panama.

Total cost was $2,256.07 and that was with a substantial self-pay discount, or it would have been over $3,000, for a 39-minute appointment (according to the detailed accounting of costs she bills in 15-minute increments) and no follow-up by the doctor or staff. We paid the bill, of course, and were confident that our international health insurance would cover most of this cost.

To add insult to injury, I submitted the required documents to the health insurance provider upon our return in November 2021 and at the time of writing, this claim has not even been processed (never mind reimbursed), despite my persistent efforts to get this done.

However, we had high hopes that perhaps this tube would last longer than a year, but alas it failed after only three months. So back to Panama City and my specialist there, who saw me immediately. I received my preauthorization from our private hospital insurance provider within two days and had my surgery the following day.

The same procedure minus operating room, anesthetist, and other surgery expenditures still over five times what it costs in Panama.

As always, the hospital was spotless, the staff were cheerful and efficient, I saw my specialist both before and after the surgery, and, of course, we are in contact by WhatsApp for follow up.

She also recommended continuing with a nasal spray and a stronger antihistamine, which we picked up at the farmacia, with our generous Pensionado discount applied at check out.

What a difference in cost, overall experience, and confidence in my doctor in the healthcare system in Panama versus the U.S.