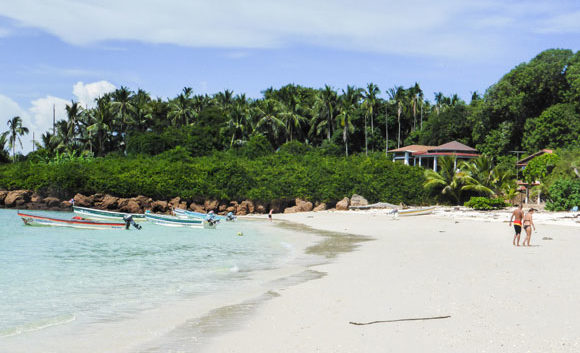 Property: In Panama, foreigners and Panamanians are given basically the same property rights. Buying property in Panama is similar to the process in the U.S.—so some steps will feel familiar.

Renting: Rental regulations are pretty straightforward in Panama. Your landlord and you, the tenant, have the right to negotiate any rental amount and deposit amount (the latter to be held by the Ministry of Housing or MIVI). Generally, the tenant can break the lease at any time with a month’s written notice. However, some private rental contracts stipulate a penalty for breaking the lease early.

Healthcare: Panama offers high quality care and modern medical centers in major hubs. For example, the Johns Hopkins International-affiliated Punta Pacifica Hospital in Panama City is known as one of the most technologically advanced medical centers in Latin America.

Climate: Unlike North America, Panama doesn’t have four seasons. On the Pacific Coast and in the mountains of Panama you get a wet or “winter” season and a dry “summer” season. Summer begins in December and often lasts through April. The wet season is mild from May through July—typically there’s an hour or two of rain in the afternoon. Sometimes there’s a two-week dry spell in July. Heavy rains tend to fall August through November. On the Caribbean Coast, though there are plenty of sunny days, rain falls at any time of year. (Bocas del Toro tends to be sunniest Jan-March and September-October.) Despite Panama’s warm tropical climate you should bring a light jacket as you may encounter extremely cold air conditioning (usually on buses) and strong breezes (for example, people tend to feel cold on motorboat tours, particularly when wet from swimming).

Currency: In Panama, the U.S. dollar is the official currency. It is locally referred to as the Balboa, and you’ll see B/. next to prices in supermarkets and shops, instead of the “$” symbol. Though Panama does mint coins (exactly the same dimensions as U.S. coins), the Balboa does not exist in paper bill format. Panama separated from Colombia to become an independent republic in November 1903 and dollarized its economy in 1904.

Financial Information: Major businesses in Panama City accept credit cards (mostly Visa and Mastercard; many places do not accept American Express). You will want to have cash for taxis, souvenir stalls, and the like. Uber and similar ride-share services operate via credit card in Panama City.

Language: Spanish is the official language of Panama. Basic English is taught in all schools and many Panamanians (particularly private school students and white collar executives) are fully bilingual. Several indigenous languages are spoken in Panama, as well, including Ngäbere or Guaymí, Guna or Dulegaya, and Emberá. (Major tribes in Panama have their own reserves which they govern autonomously.)

System of Government: Presidential Republic. There are three branches of government: the Executive branch consists of the president and their appointed cabinet; the Legislative branch, which is a 71-seat Asamblea Naciona (National Assembly); and the Judicial branch, made up of numerous courts of various power and expertise.

Head of State and Government: Presidential Republic. There are three branches of government: the Executive branch consists of the president and his or her appointed cabinet; the Legislative branch or the 71-seat Asamblea Nacional (National Assembly); and the Judicial branch.

Religion: Christianity is the dominant religion in Panama, with 85% of the population identifying as Catholic. Panama is known as a bastion of religious tolerance, and this is evidenced by synagogues, mosques, and temples (Hindu, Buddhist, Baha’i) in different parts of the country. 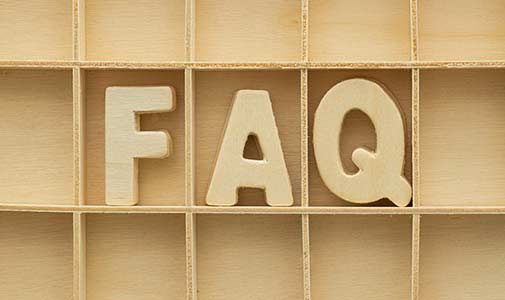 If you’re considering a move to Panama—or any other country—it’ll take a bit of work to get organized. You’ll have dozens of questions—so many, in fact, that you may even get overwhelmed at the start. It can be tough to figure out how to begin.

The good news is, most every expat you talk to will say the same thing: “My only regret is that I didn’t do it sooner.”

Moving overseas is a life-changing experience…and it’s a lot easier to achieve than you might think. Like any journey, it begins with a single step…

To that end, I’ve compiled this FAQ. Over my past 13 years as Panama Editor for International Living, I’ve fielded a lot of questions. Here’s your chance to read through the most popular ones…questions that nearly every expat will want to know the answers to before seriously considering a move to Panama.

1. Do I need to speak Spanish?

It’s only natural to wonder how much—if any—Spanish you’ll need to navigate your way through Panama. I’ve seen literature online that’s a bit disingenuous. Anyone who tells you: “Everyone in Panama speaks English,” is misrepresenting the truth. A lot of Panamanians do speak English. In fact, more and more English speakers are entering the workforce every day. But most of these tend to be white-collar types. The reality is that many others—store clerks, plumbers and electricians, taxi and bus drivers—do not. You will need at least some basic Spanish to live here independently.

2. Why then do so many people say it’s easy to get by with little to no Spanish?

That’s because there are enough English-speaking locals and expats that help is easy to find. Say you find yourself at a bank in a popular expat community like Coronado, and your teller doesn’t speak English. It’s very likely that someone will offer to help. It could be a manager or one of the customers in line behind you, be they an expat or a local.

3. Will I fit in and make friends?

In any of Panama’s popular communities, big or small, you’ll find expats in the same boat as you. Folks who’ve moved away from home and are eager to form new, meaningful connections with people in their new hometown. That’s why most expats say it is actually easier to make new friends in their new “expat community” than back home.

4. Do the locals resent foreigners?

In Panama, you’ll find that locals are welcoming and friendly to foreigners. No matter where in Panama you live, your neighbors are likely to be a mix of expats and locals. None of the communities I have been to—gated or otherwise—were “overrun” by expats. Immigrants from all over the world have been settling here since before the Panama Canal opened for business, and everyone tends to rub shoulders comfortably.

Most of the expats that choose to stay here actually feel safer than they did back home. Though no place on earth is free from crime, it’s true that Panama is one of the region’s safest countries. Many an expat finds it is actually easier to ensure they are not targeted here, where there is less random crime. It’s important to take safety measures, just as you would in the U.S. or Canada, while also adapting to local customs. For example, you’ll note that in Panama, as in most of Latin America, most houses have ironwork over the windows. It may look decorative, but to locals this is a simple means of discouraging break-ins. Don’t be the only person on your block to go without.

6. I’m single—is Panama right for me?

I’m single myself. I’ve been living in Panama City since 2005. I enjoy the nightlife immensely, from the fantastic restaurants to the many types of shows, concerts, festivals, and other special events. I also travel all around the country, often on my own, without fear. There are small communities here where I think I’d be less content as a single. Santa Fe and El Valle come to mind—lots of couples, little to no nightlife. But our most popular communities—Coronado, Boquete, and Panama City—are wonderful for singles. There’s plenty to do and you’ll meet plenty of other singles.

You’ll be pleased to know that Panama generally makes it easy for travelers to bring dogs and cats into the country. There is paperwork involved—that’s the reality anytime you cross a major border with animals—and you’ll have to time things carefully (so that your paperwork doesn’t expire before you travel). But as long as you follow the clear-cut steps set out by the government, you’ll be able to bring your cats or dogs into the country without having to leave them in government quarantine.

8. Why do more beach-loving expats choose Panama’s Pacific Coast over the Caribbean?

The Pacific coast has longed been deemed more desirable, in large part because it gets half the rainfall of the Caribbean coast. That’s why the Pan-American Highway was built along the Pacific. You can use it to drive across the isthmus, (lengthwise, or east to west), from the jungle province of the Darien to Paso Canoas, at the Costa Rican border.

There are expats living on the Caribbean—mostly in the island region of Bocas del Toro—but these tend to be easy-going types in good health, as it’s a little remote, with lesser infrastructure and a small medical facility.

9. Can I get health insurance in Panama?

For many, quality, affordable healthcare is a major reason for coming to visit or live in Panama. Major facilities here wouldn’t look out of place in Miami or Barcelona, and there are English-speaking doctors in hubs across the country. Private health insurance in Panama is much less expensive than in the U.S., as doctor’s fees and hospital visits are much cheaper. Some expats simply forgo insurance and pay for medical care out of pocket. However, we recommend having insurance.

Expats over the age of 65 in Panama typically join MS Panama/Pan-American Life (PALIG). It’s a popular, private membership or PPO-type program that accepts applicants at any age. It will even cover certain pre-existing conditions after a waiting period of a year or two. Though there are plenty of other programs available here that are worthy of consideration, many of them have age limits and exclusions for pre-existing conditions.