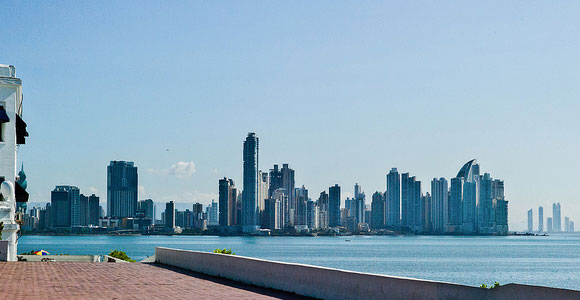 The Economy In Panama

Panama’s dollarized economy rests primarily on a well-developed services sector that accounts for three-quarters of GDP. Services include operating the Panama Canal, banking, the Colon Free Zone, insurance, container ports, flagship registry, and tourism. Economic growth will be bolstered by the Panama Canal expansion project that began in 2007 and is scheduled to be completed by 2014 at a cost of $5.3 billion—about 25% of current GDP. The expansion project will more than double the canal’s capacity, enabling it to accommodate ships that are now too large to transverse the transoceanic crossway, and should help to reduce the unemployment rate.

The United States and China are the top users of the Canal. Panama also plans to construct a metro system in Panama City, valued at $1.2 billion and scheduled to be completed by 2014.

Panama’s aggressive infrastructure development projects will likely lead the economy to continued growth in 2011. Strong economic performance has not translated into broadly shared prosperity as Panama has the second worst income distribution in Latin America. About 30% of the population lives in poverty, however, during Torrijo’s term poverty was reduced from 40% to 30% and unemployment dropped from 12% to 6%.

Not a CAFTA signatory, Panama in December 2006 independently negotiated a free trade agreement with the U.S., which, when implemented, will help promote the country’s economic growth. Seeking removal from the Organization of Economic Development’s gray-list of tax havens, Panama has also recently signed various double taxation treaties with other nations.

The Panama Canal project began in 1904. It was completed in 1914 and used 61 million pounds of dynamite, a “greater amount of explosive energy than had been expended in all the nations’ wars,” according to historian David McCullough in his book, The Path Between the Seas. This nine-mile waterway is one of the man-made wonders of the world, and the primary reason for the strategic importance of Panama in world trade.

In October 2006, the people of Panama approved the Panama Canal expansion mega-project via referendum. The immense undertaking is easily the nation’s biggest project since the canal was completed in 1914. The $5 billion modernization—already underway—is adding a third lane and set of locks to the canal. The project will open the waterway to a host of new vessels that have been dubbed “Post-Panamax” size because they are too large to fit through the current canal system. The inauguration of the project took place on Monday, September 3, 2007 and is set for completion by 2014 (the 100th anniversary of the original Panama Canal’s completion).