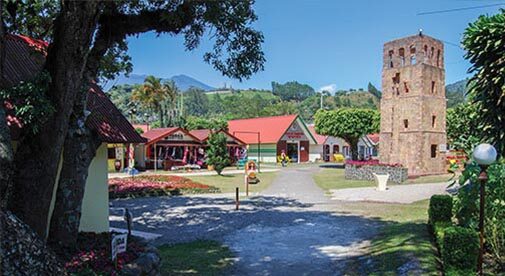 David Lee, 56, and his wife Sherry, 55, started their roving retirement in 2018. But theirs isn’t the usual roving retirement story. They work four months to fund eight months of travel and adventure. “Every year in August, we get to ‘retire’ again and go live our dreams for eight months,” says David.

They used to live in Alaska, which is where they return every year for the summer. Sherry is a nurse who gets stationed in different towns, and David finds work wherever they are or on a salmon boat.

They make family a priority after their Alaska stint is over. A portion of the roving eight months is spent in the lower 48. They have two kids and three grandsons living in Washington. In addition, their parents are in California and Nevada, so Christmas is always in the U.S. with family. “We felt a lot of support from family to go and live our dream,” says Sherry. “Our co-workers called us crazy, but that was more out of envy. Not many people actually follow their dreams.”

David and Sherry’s youngest daughter lives in France, which means Sherry gets her fill of Europe while visiting her. But since Europe is more expensive, they try to limit their extra time there and balance it out with longer stays in more affordable regions.

We wanted a life of adventure, not just work.

“My career in the airline industry allowed us to travel abroad extensively, and it’s something we really love doing together. We’d often wish we could stay on our vacations for an extended time, and so we began to formulate a way actually to do it. We are too young to take Social Security, but we really wanted a life of adventure and not to just work until we die,” says David.

A few years before David retired from his airline career, he and Sherry took a hard look at their finances, their future, and their dreams.

With their roving retirement in mind, they devised an exit strategy and stuck to it. They started to simplify their lives, became more minimalistic, and worked on getting debt-free. Sherry began to sell their things. “She financed three great vacations to faraway places, just by selling down the household items we no longer needed. It’s easier to do without than you might think,” says David. “We would rather have an experience than a thing we have to take care of.”

The couple sold their house in exchange for a small rental. By living smaller and selling more of their belongings, they reduced their expenses and started saving more money.

“We now have very few belongings— just a small storage room and a few boxes at our daughter’s. We go through them as we move from work to play or vice versa (and change climates). But honestly, we have very little to worry about in a material sense, and it’s very freeing,” says Sherry. “We found a balance that works for us, and it let us taste our dream. That motivates us to keep looking for a way to make it happen.”

One of the benefits of David’s career, even after retirement, is access to flights at a discount and on a standby basis. Flying standby is not always the easiest method. You can’t actually book a seat ahead of time, which can make traveling a little more stressful. “We’ve used that benefit within the U.S., and for a trip to Panama as well. However, we rarely travel internationally on standby now; it’s too much drama. And intra-Asia and intra-Europe airfares are actually too cheap to even bother,” states David.

However, visas play a significant role in their planning. The duration of each visa determines if and when they go to a country. “We don’t make border runs to stay legal. We respect the intent of a country’s visa requirements,” says Sherry. But other than that, “We are not too scientific in our selection process. If the location is interesting, fits into our schedule, and we can avoid peak travel times if possible, we’ll go,” adds David. “It also needs to be done at a reasonable cost—budget is a factor when you work for four months and take eight off, right?”

David and Sherry have discovered that it is absolutely cheaper to live abroad than to live a regular lifestyle in Alaska. However, it all depends on your lifestyle. Since one of their daughters lives in France, they spend time there every year. Sherry loves Europe, but staying there comes with a cost. They keep that in mind when planning. “The last visit I found a 10-day cruise around the Mediterranean that was cheaper than a hotel, food, and rental car, so we took advantage,” says David.

“We have a rough budget that covers eight months of not working. Part of that time is spent in expensive places trying to spoil kids or grandkids. Those months cost more than sitting by the pool in Malaysia and having a wonderful meal for $12 (for both of us!). The lifestyle and budget you can have in Southeast Asia is unattainable in Europe.”

David and Sherry thought that by roving the world for eight months a year, they would have plenty of time to figure out where and if they might settle one day. They just didn’t think it would happen so soon in their journey. They fell in love with Penang in Malaysia and its community the first year they started their roving retirement.

It was easy for them to make contacts. “You make friends by being friendly,” says Sherry. “We made friends with neighbors and by talking to people at the market, at church, and from seeing the same folks as you begin your routine in a new place. People make the place special. When you leave, it’s the people you miss as much as your favorite restaurant or sun spot near the pool,” says David.

Now they spend a few months each year in Penang. So far, they’ve been able to rent different condos within the same building. It is always a three-bedroom, two-bathroom, furnished unit with a sea view. The building has an incredible pool and a gym, and they spend between $450 and $600 a month, depending on the duration of their stay.

David and Sherry’s total budget is $1,500 a month, but they often spend less. “It’s hard to spend $1,500, truthfully, but Sherry tries,” David laughs. “We enjoy the benefit of a normal schedule, a routine with social events, and a comfort level to relax in the familiar.”

They use Penang as a base to travel throughout Southeast Asia. “It’s like taking a vacation from our more settled, stable Penang life,” says Sherry. Their monthly trips add to the budget, but Southeast Asian travel is so affordable it doesn’t put them too much over. Since they started staying in Penang for a few months a year, they’ve traveled to Indonesia, Singapore, Borneo, and Thailand. This year, they’re looking forward to visiting Bali.

Once they’ve decided on a location and know their visa limits, they work out what to do for accommodation. Each area offers its own set of challenges. If they are moving around a bit, they’ll look for affordable hotels. But if they plan to stay for a more extended period, they’ll book something for a few nights to get a feel for the area and try to uncover longer-term furnished housing.

“It’s not always easy to find. Most locations are set up for quick short-term tourists or longer-term (six to 12 months) accommodation, but not much in between. There is no substitute for finding local people to help you,” says David. So, they ask around and get the word out early in their search.

Since Sherry and David spend a lot of time in Southeast Asia, where high quality medical care is affordable, they don’t have travel insurance. “We purchase an annual U.S. expat policy with a fairly high deductible that requires us to be outside the U.S. half the year. We really view it as a catastrophe policy,” says David.

They schedule any dental or medical check-ups that are needed in Penang. Any medical expenses they have abroad are minimal enough to pay out of pocket.

At the moment, they plan to continue their roving retirement for the next five to six years. But anything is possible. That is part of the beauty of their plan; it is open to tweaking as they see fit. “I think only family or ill health would force us back to the U.S. full-time in the foreseeable future,” says David. “And because we will still plan to rove for the next five or six years, we have not initiated any longer-term visa processes. We will have that discussion and make that decision in 2025.”

This lifestyle isn’t for everyone, and it won’t happen by accident. It takes some planning, sacrifice, and intentional steps to change your lifestyle. “But it is attainable. It’s not something that has to happen only after you have enough money. Will you ever? We don’t,” says David.

It’s a big world, out there, and I want to see it all.

But their dreams far outweighed the sacrifices they had to make. “Yes, life includes budget elements, but we are not worried about material items, nor about paying costs associated with trying to have it all. We are pretty much free,” says Sherry. “It’s a big world out there, and I want to see it all!”