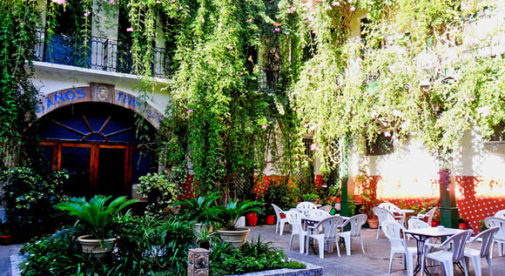 If you’re in love with classic Europe and its history, romance and culture, take heart: Spain, Italy and France aren’t only for the vacationer who saves for months just to visit.

Each one of these three countries has numerous small towns and villages that lie under the radar—places with enticingly affordable properties to rent or buy. They haven’t been spoiled by over-development or mass tourism—and they’re remarkably lovely.

Almost everyone has heard of the Italian Lakes. But unless you’re speaking to an Italian, mentioning Lago di Bolsena to someone will only produce looks of puzzlement. Surprisingly undiscovered by most foreign visitors, this sapphire-blue volcanic lake is in Lazio, the region that includes Rome—the capital is within a two-hour drive. Tuscany lies a mere 20 miles from the lake’s western edge, and the area is surrounded by ancient places built by the mysterious Etruscans, an ancient Italian civilization.

Ringed with sandy beaches as well as small medieval towns and villages, Lake Bolsena teems with fish, so local restaurants are always kept well-supplied. There are flower festivals, fishing festivals and communal dancing in small piazzas on summer evenings. Considering the location, property prices are very reasonable. In one flowery lakeside village, a two-bedroom villino (maisonette) on two levels is $101,000…it has views like you see in the photo above.

One of my favorite coastal towns in southern Spain is Los Alcazares in the Murcia region. An old Roman spa settlement that also once attracted Moorish traders, it’s both a summer resort and an all-year-round working town.

Its long promenade lined with cafes overlooks the beaches of the silver-blue Mar Menor.

A mineral-rich lagoon, it’s separated from the open Mediterranean by only a narrow strip of land.

Some seaside settlements die in winter, but Los Alcazares isn’t one of them. The starting price for small bungalows here is around $86,500, but almost everything in Spain is negotiable. And if you’re looking for a winter let, it’s easy to find studios for $260 monthly, or two-bedroom properties for around $590.

Murcia and the Costa Calida (the name means “the warm coast”) enjoy some of mainland Europe’s best winter weather. I last visited in mid-December. Roses were still in bloom and daytime temperatures of 68F – 70F meant it was warm enough to have breakfast and lunch outside on sunny terraces. Affordable lunches too—three courses with wine never set me back more than $13 in this part of Spain.

France has numerous lost-in-time places that few visitors ever discover—even in regions that many North Americans think they know well. Take lavender-scented Provence. Even in these times of austerity, it seems way out of reach for those with a modest house-buying budget.

But Provence and its sun-kissed splendors isn’t only for millionaires. If you explore north of Nice, there’s a wealth of attractive medieval villages—the kind that come with crinkly-tiled roofs, flowerpots everywhere and old-fashioned cafes with a shady terrace under the plane trees.

A small two-story stone house, a maison de village, with pale blue wooden shutters in one of these villages—Collongues—is currently on the market for $120,500. It’s entirely renovated, so you could move straight in.

Live Your Dream Retirement in Italy

Retire to an Affordable, European lifestyle in Sun-kissed Spain