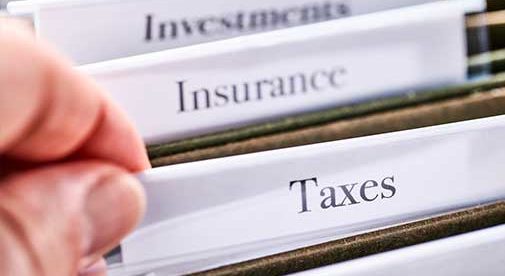 Living or retiring abroad is the adventure of a lifetime. But it’s important to understand the tax rules that apply to you as an expat. So, here are 17 important things you need to know when filing your U.S. taxes as an expat.

1. Expats Still Have to File

The U.S. has an unusual tax system in that it taxes based on citizenship, rather than residence. This means that all U.S. citizens (and Green Card holders) are required to file a U.S. tax return, reporting their worldwide income, wherever in the world they live. The system was introduced during the Civil War, when landowners started fleeing abroad to avoid the fighting, and it was never revoked because for a long time (over a century) it was unenforceable.

Although all expats who earn over $10,000, or just $400 of self-employment income, are required to file a federal tax return, the majority don’t end up paying any U.S. taxes. In order to not pay U.S. taxes, expats can claim some exemptions that the IRS has made available for them when they file. This is better than relying on a tax treaty (the tax treaties that the U.S. has signed with other countries typically benefit foreigners in the U.S. more than Americans abroad. An exception to this is American students, teachers, and researchers).

3. Expats Get an Automatic Filing Extension 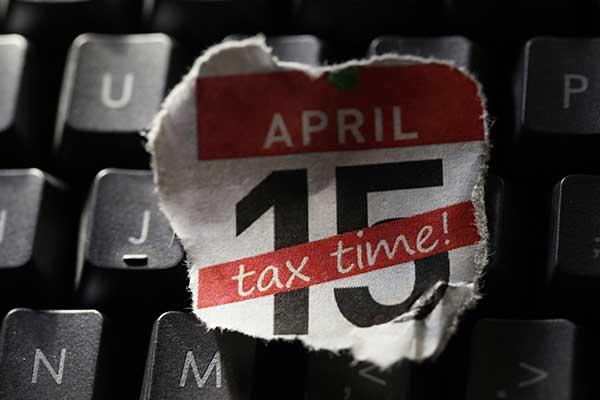 To give expats time to file their foreign taxes before filing their U.S. taxes (so they can claim the Foreign Tax Credit – see #5 below), the IRS provides an automatic two-month filing extension for expats. That filing deadline for expats is June 15th. Expats who do owe any U.S. tax should still pay it by April 15th though to avoid owing interest.

4. If They Need To, Expats Can Request an Extra Filing Extension

Expats who require more time to file their foreign taxes can claim an additional filing extension until October 15th. But this must be requested.

Expats who pay foreign taxes can claim an exemption called the Foreign Tax Credit when they file their U.S. tax return. The Foreign Tax Credit allows them to claim a $1 U.S. tax credit for every dollar of foreign tax that they’ve paid on their foreign-sourced income. This means that expats who pay more foreign tax than the U.S. tax they owe can eliminate their U.S. tax liability completely, and have excess U.S. tax credits left over that they can carry forward for future use.

6. Expats Who Meet the Criteria Can Claim the Foreign Earned Income Exclusion

Expats who don’t pay foreign taxes, or who pay foreign taxes at a lower rate than the U.S. rate, may be better off claiming the Foreign Earned Income Exclusion (FEIE). This allows expats to exclude the first around $100,000 of their earned income from U.S. taxation. The exact limit is adjusted each year based on inflation.

8. Expats May Have To File an FBAR 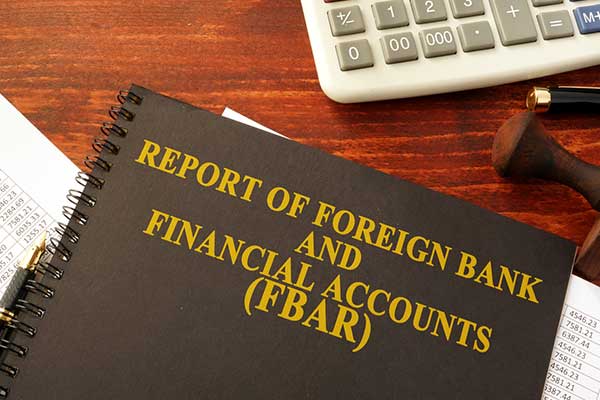 Another filing requirement many expats face is reporting their foreign bank and investment accounts. In general, if an American has over $10,000 in total in foreign bank and investment accounts, they are required to report them by filing a Foreign Bank Account Report (FBAR). Qualifying accounts include any that an expat has control or signatory authority over, including business or other accounts that may not be in the expat’s name.

9. Expats May Have To Continue to Pay State Taxes

Some expats may have to file state taxes from abroad to the state where they last lived, too. It depends on the rules in each particular state, as they are all different, and also typically on how long they will be abroad for and whether they maintain financial and family ties in the state while they are abroad.

Americans who retire abroad can apply to have their Social Security payments wired to a foreign bank account. This may or may not be helpful though, as having a foreign bank account may trigger FBAR reporting (see #8 above), and in some countries it can also trigger having to file taxes there.

11. Expats May or May Not Have To Pay U.S. Social Security Contributions

12. Expats Who Own a Business Have To Report It

13. The IRS Has Global Tentacles 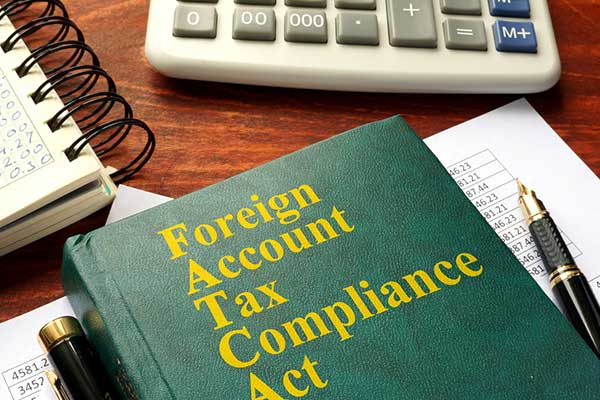 In 2010, a new law was introduced called the Foreign Account Tax Compliance Act (FATCA), which requires foreign banks and investment firms to report their American account holders directly to the IRS or face a tax when they trade in U.S. markets. The law came into effect in 2015, and nearly all foreign financial firms are now complying to avoid the tax, providing both balance and contact information. This means that the IRS can compare this information with that reported on tax returns and FBARs. Furthermore, the U.S. government has tax information-sharing agreements with many foreign governments, so they have access to foreign tax records too.

14. Expats With Children May Be Able To Claim The New Child Tax Credit

15. Expats May Have To Pay Foreign Taxes

Expats should check the tax residency criteria for the overseas country they are living in (or thinking of moving to) to understand what triggers having to pay taxes there. Many countries stipulate that if you either have a permanent home or spend over half the year there, then you must file taxes, though some countries only tax income arising in that country regardless of residence. If you do qualify to pay foreign taxes abroad, it’s important to familiarize yourself with the local tax registration and filing requirements, and also seek expert advice on how they intersect with U.S. requirements.

16. Expats Who Are Behind Can Catch Up Without Paying Penalties

Expats who have been living abroad for some time but who weren’t aware of their U.S. filing responsibilities can catch up without facing any penalties (and still claim the IRS exemptions that prevent most expats from paying any U.S. taxes) under an amnesty program called the Streamlined Procedure. Don’t delay though, as the program may not be available indefinitely. 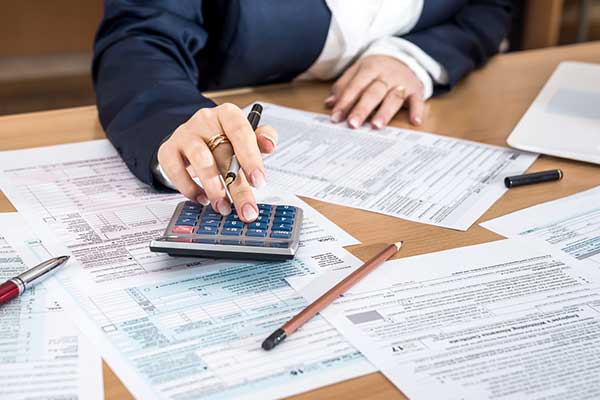 The U.S. tax system is complex at the best of times. Expats not only have more filing obligations for expats, but they often have to deal with how the U.S. system can be reconciled with a foreign tax system too. Most CPAs in the U.S. don’t have the necessary experience to ensure that expats file most beneficially, so be sure to contact an expat tax specialist to ensure that you file correctly, fully, and most beneficially for your situation.

Whether you’re already happily ensconced in the country of your dreams—or you’re just considering a move—it’s not too late to get a handle on your taxes and start saving. You can get all the information you need in our all-new 2019 edition of Expat Taxes Made Easy: The Complete Guide to U.S. and Foreign Taxes for the American Overseas. Order your copy here.

Editor’s Note: IL Senior Editor, Dan Prescher put some common expat taxes questions to Katelynn Minott, a senior CPA with Bright!Tax. With clients in over 190 countries worldwide, Bright!Tax is an award-winning, leading provider of U.S. expat tax services for the estimated 9 million Americans living overseas. So, you can be sure that Katelynn knows her stuff! You can listen to their interview below. 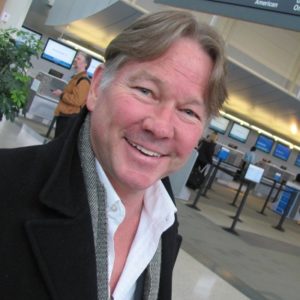 Greg Dewald is CEO and founder of Bright!Tax, an award-winning, leading provider of U.S. expat tax services for the estimated 9 million Americans living overseas, with clients in over 190 countries. Bright!Tax is proud to have partnered with International Living to produce the definitive 2022 expat tax guide: Expat Taxes Made Easy: The Complete Guide to U.S. and Foreign Taxes for the American Overseas.