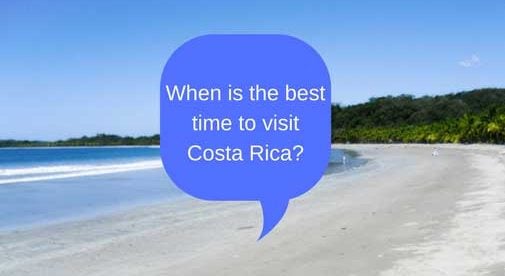 We are hoping to visit in 2018 with the view of a permanent move there. Just need some guidance in relation to weather and and we are hoping to attend some local events or festivals to really get a taste of what the country has to offer us? So our question is…when is the best time to visit Costa Rica? 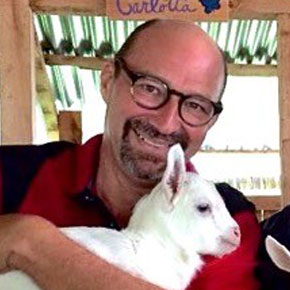 When is the best time to visit Costa Rica?

Depending on what you’re seeking and where you’re from, it affects your thinking on this subject. For example, almost all North Americans think to come to the beaches of Costa Rica during the dry season. But Europeans favor the mountains during rainy and dry seasons. The same areas have different “looks and feels” during the two different seasons.

If you’re wanting to save some money during your visit, the costs (hotels, airfare, etc) during the raining season can fall drastically. In fact, that’s when most of us that live here visit the “touristy” areas—no crowds and better values. Plus, you have to remember that even during the rainy season there is plenty of sun. The mornings generally start of sunny and bright with the clouds rolling in during the early afternoon. It usually rains for two or three hours and then breaks for the evening.  It actually makes for a great day—do what you want outside on the beaches, in the rainforest, or visiting the national parks, in the morning. Then have your afternoon coffee and read a book or take a siesta during the rain before heading back out for whatever evening activities look appealing.

Here’s another tidbit that most folks don’t realize: the rainy and dry seasons don’t exactly coincide on the two opposite coasts. So you can even experience a bit of one and then the other by simply “trading” Pacific for Caribbean time here.

And don’t forget that while some celebrations occur countrywide, there are plenty that are regional and happen during various times of the year. So you can even plan the timing of a visit around particular events.

Every month of the year has multiple events but here are some of the more popular ones:

New Year’s Day Celebration: Fireworks light up the country on this national holiday while street parties lure locals with music, dancing and food.

Going to Costa Rica in February

Planning a trip in March

Labor Day: Country-wide processions accompany a day off from work for most of the country and a presidential speech honoring the day.

Saints Peter and Paul Day: Religious celebrations to honor the Catholic saints Paul and Peter held throughout the country.

Annexation of Guanacaste Day: Costa Ricans celebrate the day that the Guanacaste province chose their nation over neighboring Nicaragua in 1824. The biggest celebrations – bullfighting, parades and plenty of drinking – are centered in Liberia, Guanacaste’s capital city, though you’ll find celebrations throughout the county.

Virgin of Los Angeles Day: Costa Rica’s largest religious holiday – pilgrims march on foot or on their knees toward Cartago’s Los Angeles Basilica to pay honor to La Negrita and ask for a wish to be granted for them.

Independence Day: Parties and festivals are held throughout the country celebrating Costa Rica’s independence from Spain. Traveling south from Guatemala, the flame of independence arrives in Cartago on this day.

There are Many Reasons to Move to Costa Rica