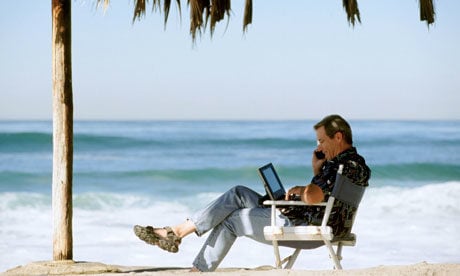 I guess you would classify me as the “tirelessly moving, globetrotting workhorse.”

That’s my takeaway from a recent story in Kiplinger magazine by a financial adviser and investment educator that categorizes retirees into nine buckets: Tireless Mover, the Lost, Workhorse, the Lonely, Globetrotter, Reluctant Spender, Superhero, Overly Generous, and Never Retired.

It’s sort of a Myers-Briggs test for the retirement set, only it’s not a test and it’s not based on any empirical research (just eyeballing a bunch of surveys, basically). However, the categories do make logical sense, based on my own experiences as a retirement-focused writer when I was at The Wall Street Journal.

Now, I know this is a very broad statement to make—and maybe it’s wishful thinking—but I like to think that you’re reading this because you’re like me in many ways. That is to say:

The only other of the nine traits I expect to add to my list later is Superhero…the person who gives back to society.

Back in the ’90s, when I was still a newspaper journalist, I traveled to eastern Romania with a group of American retirees who’d gone to spend a two-week vacation taking care of orphans in a local orphanage. That trip had a real impact on me. I was in my 30s at the time, and I’d grown up with my grandparents, so the interaction of youth and age really resonated.

Seeing the joys these retirees were experiencing with these kids, and seeing the love these kids gave back to the retirees…it makes you realize that the only true value you can leave on the world is that you cared enough about someone else to make their life a little better, even for a while.

As for those other five traits…well, I don’t want to call them negative, so, instead, I will call them “improvables”—traits that, together, we can work on improving.

I don’t want you to feel lost and lonely in retirement, so over the course of my writings I am hopefully going to motivate you to find joy in living your retirement. Nor do I want you to be a Reluctant Spender or a Never Retired—two categories that are broadly connected because they both center on money. Spending your retirement anxiously counting pennies takes the joy out of what should be our Age of Excitement.

As for “never retiring,” I regularly say that’s my goal. But in this context, that descriptor refers to financially ill-prepared workers still toiling at a job they typically don’t like or enjoy, but which they’re forced to endure for financial reasons.

Look, it’s OK if your nest egg is a tad light, and it’s OK if you work past full retirement age. But my colleagues and I want you to work at something you really enjoy, something that brings not just money but a sense of happiness and contentment. That way you move away from Reluctant Spender and Never Retired and more toward Workhorse, those of us happily working at what we love doing.

Finally, from the Kiplinger piece, there’s Overly Generous. The “generous” part is fine—that dovetails into Superhero. It’s the “overly” qualifier that’s problematic, because it too often hints at financial manipulation by your family members. I have way too much history with this (sadly). Consider that it’s one thing to offer monetary help to a child or grandchild facing a temporary financial setback…it’s entirely something different to become a permanent ATM.

Now, if you’ll excuse me, it’s Sunday in Prague and I’ve got some painting to do before I head back to the computer to book an upcoming trip to Asia…

A Retirement Solution That the Average American Can Afford

My Retirement Plan? Pursue My Passions in a Place That Fills Me With Energy