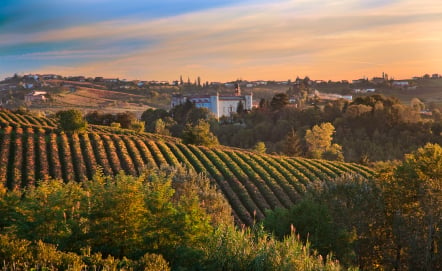 These days, you don’t have to be a sommelier to appreciate good wine…or spend a fortune to get it.

Wine has become an everyday luxury.

Europeans developed wine into what it is today. But they also brought it abroad as they colonized and traveled the world. So now wine is produced in South America, the United States, and Australia, as well as mainstays like Italy, France, Germany, and Spain.

That said, wine grapes don’t reach their peak just anywhere. The vineyards that produce the world’s very best wines—the ones that find worldwide fame—are found in select locations. And as you’ll find out in just a moment, that includes many that would surprise you.

What makes a good wine? The terroir…the soil, the elevation, how the sun hits the vines, and the local weather conditions—which often happen to be the same sorts of climates that people find appealing too.

Dedicated oenophiles might take vacations to the wine country…invest in special refrigerators that mimic the conditions of traditional wine cellars…and have that very special bottle that is aged for years until it reaches its full potential.

But the ultimate for any wine lover would be to live among the vineyards. Or, if like me you don’t drink, you can simply enjoy the pleasant surroundings, perhaps savour an unfermented wine under a canopy of grapevine…

And in the properties my researchers have highlighted below, you could do just that. 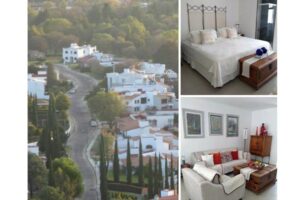 It may surprise you to learn Mexico has several wine regions. The best known, Valle de Guadalupe, is just over the border from San Diego in northern Baja California. But in the highlands in the center of the country, in the state of Querétaro, is the number two region in terms of size and number of wineries.

The clay soil here produces celebrated white and sparkling wines especially. So, you don’t have to Champagne in France to get your bubbly.

A perfect base for exploring the area’s wineries is the Pueblo Mágico of Tequisquiapan, which is known for mineral hot springs and spas and its restored historic centro filled with vibrant colonial architecture and cobblestoned streets. (“Magical Towns” have been so designated by the Mexican government because of unique traditions, cuisine, handicrafts, or other cultural hallmark.) Santiago de Querétaro, the state capital of 1 million people is close by.

On the outskirts of Tequisquiapan is a modern three-bedroom home. It has small courtyard garden area and terrace. 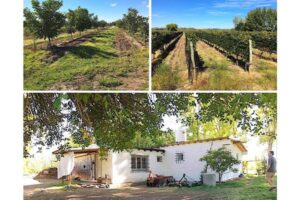 The first grapevines were planted in Argentina’s Mendoza region by early Spanish settlers in the 16th century. But the industry didn’t take off here in earnest until the late 19th century when new immigrants brought Malbec and Chardonnay cuttings from France and a railroad connected Mendoza, in the foothills of the Andes, to Buenos Aires, the capital.

In the 1980s, wine experts brought attention to the region, known for some of the world’s most highly rated Malbec, along with the light white Torrontes and other varietals. Argentinian wines have become known worldwide since.

This three-bedroom home near the regional hub of San Rafael, recently reduced in price, is somewhat rustic but sports all the modern conveniences, including highspeed internet. But the selling point here is the chance to make your own wine. Of the 37 acres on this farm, eight acres already have vines (half Cabernet Sauvignon, half Bonarda) and 18 more could be put into production. There are also 40 olive trees, and an acre of walnut trees. 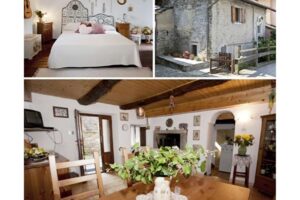 Italians are fiercely proud of their wines. And for good reason, wine is produced in just about every part of the country, with each region claiming a unique character.

The Piedmont, in the northwest corner of the country, is known for its Barolo, which is said to be like velvet on the tongue, as well as other full-bodied reds like Barbaresco and Brunello di Montalcino. They also make the sparkling and sweet white, Asti Spumante.

Much of the wine production here, nearly 300 wineries at last count, is in the foothills of the Alps.

In the small hamlet of Cavandone overlooking Lake Maggiore is a renovated one-bedroom village home. It’s just three miles from the nearest ski resort. So…skiing in winter and wine tasting tours in the summer.

$118K Profit…a Stroll from the Beach