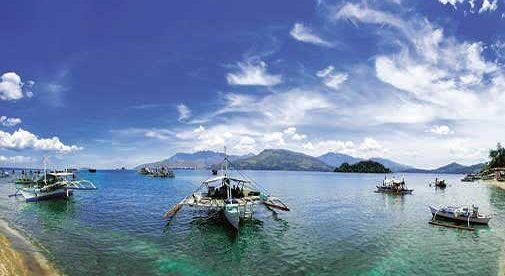 A truly internationalized location, Subic Bay is the best of both worlds for U.S. expats. ©iStock/Gnnick

An idyllic setting in an exotic destination, with Western-style comforts and services. A place where communities exist within a pristine, conserved habitat, but which also offers golf courses, water sports, and amusement parks. All that, at Southeast Asian prices. Oh yes, it exists!

And the clincher? Over 90% of the population speaks English.

The islands of the Philippines are renowned among travelers for their spectacular diving spots, white sand beaches, and lush mountain getaways. The beauty and, to be practical, the incredible affordability, of settling in the Philippines attracts retirees from around the world who have decided that tropical beach living suits them better than pinching pennies back home.

Many of them converge on Subic Bay, a destination that’s evolved from its early days as a military compound into one of the world’s premier expat hubs.

The Subic Bay Freeport, or just Subic Bay to those who live there, is located in central Luzon. To explain: the Philippines is a country made up of over 7,000 islands. Some are inhabited, others are little more than sand-fringed atolls. Luzon, the largest island, is the site of the Philippine capital, Manila. Some 80 miles west, Subic Bay serves as a port to the South China Sea, but also as the country’s most developed resort and recreation area.

That setup offers a privileged retirement destination in an idyllic setting. Formerly one of the largest U.S. military bases in Asia (along with nearby Clark Airbase), it was reformed in 1992 as a dedicated location for global business and international standards of living.

Although the Philippines is a developing nation, Subic stands out as the exception. Something like a gated community on a huge scale, the zone includes multiple communities with international-standard shopping, restaurants, healthcare and schools for residents, as well as a variety of breathtaking attractions for visitors. All are contained within its almost 170,000 acres, in a region that edges one of the most naturally beautiful bodies of water in the country.

“I was nervous to come back to the Philippines after 15 years of living with my American husband in Tucson,” says Gabraille Robes about her return to her country of birth, “but we decided his pension would go much further, and I could live near my family. The thing is, I know the difference between the general standard of living in the Philippines and what we had in Tucson, so this is why we looked at Subic Bay. It’s U.S.-standard here.”

Gabraille left the Philippines in the 1990s to follow her career as a nurse in the U.S. She met her contractor husband, Robert, when he showed up in her ER for some stitches. Robert was always in agreement about retiring to the Philipines, and he and Gabraille used vacations there to explore different locations where they might settle down. They chose Subic for its ease of living and close proximity to Gabraille’s extended family.

“At first we wanted a fully furnished condo on the bay,” Robert says. “We easily found a two bedroom for $1,000 a month with all the amenities: gym, pool, tennis court. We lived there for a year but then decided we could save money by buying a house. We sold up in the U.S. and bought here four years ago.”

Their three-bedroom house in a gated community cost about $50,000, before some modest refurbishment. On the whole, they figure they have reduced their cost of living by about 70% in comparison to their costs in the U.S., which is how they’ve been able to retire early with peace of mind.

We’ve reduced our cost of living by about 70%.

The Subic Bay area is a great place to retire, but it’s also a popular vacation destination for Filipinos and visitors from around the world. Within the zone is a yacht club and a motorracing speedway that hosts events throughout the year. Various amusement and adventure parks are situated within the zone, too, capitalizing on the combination of pristine coast, untouched forests, and easy transport links to the capital, (the E1/E4 expressway brings drive time to Manila below three hours, making Subic Bay a tempting weekend getaway for city-dwellers). One interesting feature is that less than five miles from Subic Bay’s international airport, the Pamulaklakin Nature Park—perhaps one of the most pristine natural preserves in the area—is home to the indigenous Aetas who once trained the U.S. Navy in jungle survival tactics.

“In my service days, Clark Base was like a private club for service men only, now it’s open to everyone and that’s good to see,” says Bob Quinn. “I was stationed at Clark from 1981 until 1985, so for me, coming back here to retire was kind of a coming home, even though so much has changed.”

After his military career, Bob worked as a software engineer in Seattle, Washington, but was laid off at 59. He ran the numbers and figured he’d have to work another 10 years, if he could even find a job at almost 60, to get by in Seattle. Alternatively, he figured, he could retire early to the Philippines and live without financial worries.

Bob’s moving experience was basically pain-free. “I was single, so no complications. I sold everything back in Seattle, packed my bags, and flew to the Philippines. I soon found a nice two-bedroom, one-bathroom condo with kitchen and living area.”

Living carefree in Subic, according to Bob’s calculation, costs about one-third of living modestly in Seattle. His monthly budget is $2,000 for rent, utilities, car payment, and insurance. “A beer costs a dollar and a meal is $2 if you go to the beach outside of the Subic Bay zone. Even inside, it’s very affordable. It’s $20 to $30 for a nice meal for two,” he says.

“I was single for the first year I lived here, so I hung out with friends in bars, and played baseball on the weekends. Now I have a girlfriend and we’re planning to marry and buy a house. We look forward to exploring more of the Philippines and other parts of Southeast Asia. Living here, there’s plenty of money left over to travel in comfort.” 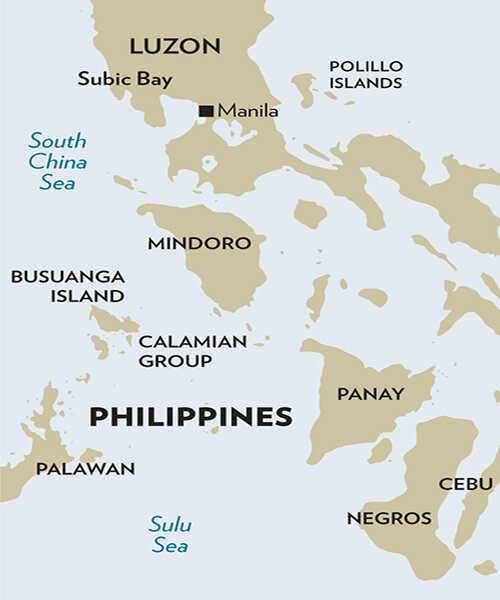 Since the Freeport was established in 1992, it has been home to international companies as well as those looking for a comfortable place to retire. It was Fed Ex’s Asian base for a while, and still hosts international shipping companies as it works toward becoming the primary hub for new technology in the Philippines. Almost all foreign workers live in the Zone, their kids go to schools there, and health and medical care is provided by the hospital at the port.

Like other countries in Southeast Asia, buying everyday household or personal products is much more affordable. That’s unless you insist on imported brands, which can cost as much or more than in the U.S. This goes for vehicles as well, though insurance and registration fees are dirt-cheap.

While shopping and dining in adjacent Olongapo City and nearby Balon Beach may not be as polished as in the Freeport, they make up for that with local character. Olongapo is home to two large fresh markets offering everything from seafood to seasonal fruits, while the restaurants and beach bars in Balon provide spectacular views with bargain street food and drinks just a few minutes’ drive from the Freeport.

Ron Mauldin, at 73, has lived in the Philippines three different times over the past 15 years. Married to Jenny, his Filipino wife, he counts her as his number one reason for coming back to live in the country time and again.

“We tried living in a couple of other places: Mexico, Thailand, and the Azores Islands of Portugal. In those places we were both foreigners, which didn’t make the settling process any easier. This time I think we’re back for good. I’ve invested a bit more this time, buying both a house in the zone and a small farm outside.”

Ron hopes to build a tropical plant export business with the help of his wife’s family. At 73, he’s fighting fit and energized to get hands-on.

Ron has had multiple experiences getting medical attention in Subic’s local hospitals. “If Jenny or I faced major surgery, we’d probably go either to Thailand or back to the U.S.” But for routine procedures, he says that the service and care he experienced was above average.

And it’s super-affordable: “I had a couple of minor surgeries, for which I would get a suite room at the hospital for about $20 a day. My entire cataract surgery cost 1,200 pesos ($140),” Ron explains.

The greater Subic Bay area lies within a former U.S. military base, which is fenced and patrolled by private security. According to statistics provided by Henry Empano of The Subic Bay Metropolitan Authority, driving within the Freeport zone is the safest in the country. Likewise, the zone provides award-winning fire, 911 service, and hospital care.

Though there are a number of residential areas within Subic Bay, the majority of the 6,000 residents live in the Kalayaan or Binictican areas.

Subic Bay is best served by the international airports in either Manila or in Angeles City, both of which are a couple of hours from Subic by bus, or a bit less via private taxi. (The zone does have an international airport at Olangapo, but it currently serves only the Philippine Airlines route to Dubai.) For anyone staying in the Freeport zone, it’s cheapest to rent a car in the city of arrival. However, if you don’t want your introduction to Filipino driving practices to be in a big city (that’s understandable), you can rent in the Subic area, for a little more.