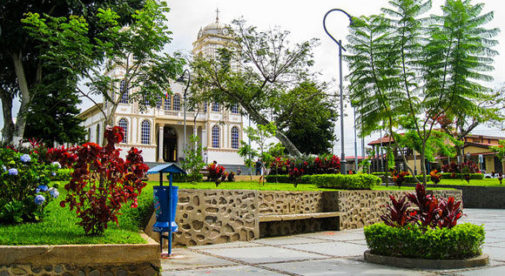 My friend Marie, from the Washington, DC area, recently emailed me: Could I offer her advice on having dental work done in Costa Rica? She’d already heard a lot about living in Costa Rica from me. Since Marie had just received a huge estimate for urgently needed dental care, she was exploring options abroad.

Her U.S. dentist’s estimate came to nearly $5,000. And this didn’t include something that a dental phobic like Marie needed: IV sedation. This could carry a price tag of around $2,000 extra. It was looking like a bill of $7,000 from the dentist’s office for her. She’s one-half of an empty-nester couple, putting a child through college and saving for retirement at the same time. So this news was unwelcome, to say the least.

I didn’t move to Costa Rica only—or even primarily—for its excellent dental care. But after more than five years living here, it’s something I’m now familiar with…cleanings, x-rays, fillings, bleaching. I live in the Central Valley, near the capital of San José, where I have plenty of English-speaking dentists and doctors to choose from.

My personal experience with Costa Rican dental services actually dates back to 2005 when I visited the country as a tourist. Then, I took a week-long vacation and also had a porcelain crown put in. All combined, it cost less than my U.S. dentist’s estimate for the dental work alone.

But back to Marie…after some research she decided to have her dental work done at a well-known clinic in Pavas, west of downtown San José.

Marie’s first trip to the clinic filled her with confidence that she’d done the right thing coming to Costa Rica. The clinic was spotlessly clean, filled with up-to-date equipment, and the staff was friendly and attentive.

Her first appointment was routine…cleaning, an exam, and an x-ray and Marie got the chance to discuss her treatment with her new dentist. The following day was the big day…drilling, fillings, inlay, etc. After it was over, I came to the clinic to bring Marie back to her hotel in a taxi in case she was woozy, post-sedation. After a few days of sight-seeing for Marie, it was back to the clinic in Pavas for a final appointment to replace some old crowns.

So how much did all this cost? A round-trip air fare and Marie’s hotel came to less than $1,000. The dental work itself was $2,500. Even adding in meals out, taxi fares, some sight-seeing, and a guided tour to Poas Volcano National Park, costs stayed under $4,000. And this was after Marie had added some extra work to her dental to-do list. We figured she saved around $3,000 compared to the quote she got at home in the U.S. and got added perks like having tea at the National Theater’s café in San José, light hiking on a volcano, and visiting the Basilica of Our Lady of the Angels in Cartago

Saving money is a definite benefit of living abroad in a locale where reasonably priced, but excellent quality, dental services abound. Going to the dentist is still uncomfortable, but at least the pain for your wallet doesn’t hurt as much.