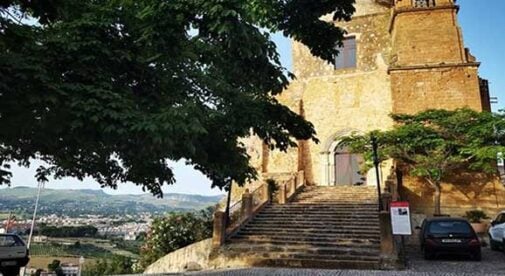 CNN got it wrong…

They called this place “Little America,” saying that a “wave of mostly Americans” have rolled into town. But so far, I see little evidence of it.

Here in Sambuca di Sicilia on the island of Sicily, the Italians are still very much in the majority. Indeed, in two days I haven’t seen an American flag or heard a single American accent. The cars are still small. People still eat pastry for breakfast. And beer is still served in stemmed glasses.

I came here to investigate CNN’s claim. Ever since the hilltop town of Sambuca started giving away homes for €1, the program has rarely been out of the news for long.

For those of you who missed it, in 2019 Sambuca made the unusual decision to start selling houses at this nominal cut rate price. The idea was to attract fresh blood to the town, which has been suffering from depopulation for years as young residents move to bigger cities.

The homes on offer for €1 sit in the town’s historic center and have been unoccupied for years. Many are in a state of extreme dereliction and require extensive renovations.

But that’s the beauty of the program. Those who take the offer are required to spend a minimum of €15,000 on refurbishments within a few years of their purchase.

They also need to cough up a €5,000 security deposit that will be returned once work is complete.

It’s a win-win. The buyers get a cheap home in an ancient Italian town. The town brings in fresh blood…and money.

And it’s been a huge success. Not only did they sell the original 16 houses on offer. They ran a second round of the program (this time the homes cost €2) and it was another sell out.

Buyers came from as far away as China, Russia, and Argentina. But predominantly they came from Europe, Britain, and the U.S.

However, perhaps the bigger gain for the town has been the sales they’ve made since the €1 offer finished. Many folks who came because of the media coverage of the cheap homes were so bowled over by the place that they bought a home on the regular market—which are still extremely cheap and arguably better value.

I met up with the charming local mayor, Giuseppe Cacioppo, who told me they have sold 150 homes so far, mostly to Americans. They sold a house here just yesterday. And two last week.

I see how it happens…

You arrive out of curiosity. Maybe with the hope of claiming a €1 home for yourself.

You’re taken in by the beauty of the town. The narrow alleys and sandstone homes of the Arab Quarter…the arches and ribbed vaults, the small doors and streets embellished with Mediterranean colors.

You drink in the green valley views from the Terrazzo Belvedere, the highest point in the town, where olive groves and vineyards create a mesmerizing patchwork over the undulating hills…

You stretch your waist on seafood and pasta at Pane e Radici, the best restaurant in town. And you gorge on Minni di Virgini, a Sambucan pastry made to resemble the local hills and filled with cream, chocolate chips, and candied squash.

Then there is the wine. Restaurants will serve it by the liter for €5. But you head to Di Giovanna, one of the best of the many local wineries that surround Sambuca. It’s set on the side of Mount Genuardo and run by two brothers.

By now you’re sold on the idea of owning a home here. There is no €1 home available, but what the heck, you can buy a historic home on the regular market for as little as €40,000. You’re sold…

A quick search on Idealista.it, one of Italy’s main real estate listings websites, shows a historic four-bedroom home in the Arab quarter listing for €25,000…

A completely renovated two-bedroom apartment off the main street for €60,000.

And a five-bedroom apartment in need of some freshening up for €40,000.

The thing about these €1 homes is that you’ll be spending almost as much as the price of a home in order to renovate them. Better to buy something on the regular market and avoid the extra work—as so many have done in Sambuca.

I shot some video of the town to give you an idea of what it’s like:

Click to watch a brief tour around the town of Sambuca di Sicilia.

However, my observation is that few of the folks who came and bought here have made Sambuca their permanent home. A number of buildings I saw look like renovations had progressed and then stopped—I suspect suspended due to the pandemic.

There is a certain impracticality to these homes. Most of the local services run around the perimeter of the town, away from the historical center, which can’t cater to a high volume of traffic. And there aren’t enough restaurants or cafes in the town to feed you with variety.

Yet, Sambuca is unquestionably a great regional jumping off point. It sits right on the Sicilian wine trail, which has been gaining a strong reputation in recent years. Just last night I dined with a couple of British wine connoisseurs who’s winery itinerary had brought them through.

The culturally rich city of Palermo, which I wrote about in 2019, is just over an hour away. And Sambuca is just 30 minutes’ drive to some incredible beaches.

As it was over 33 C (90 F) yesterday, I sped out to Porto Palo Beach, a hugely popular bay with creamy soft sand and a boardwalk lined with seafood restaurants and cafes. Because it was a local holiday, the beach was too busy for my taste. But drive down the coast a little and you’ll reach Le Solette, a quieter sandy beach set among sand dunes.

Just one word of warning. The main roads through Sicily are acceptable but get off the beaten track and “roads” becomes a matter of interpretation. If possible, stick to main routes and take Google maps directions with a pinch of salt…

I don’t think we’ve seen the last of the €1 (or €2) home offer in Sambuca. There are still a lot of historic buildings throughout town that look abandoned. I suspect that once press coverage dies down we’ll see more released.

I’m more interested in the homes that have already been renovated or are semi-renovated and unfinished. With so many foreign buyers, some may well decide to sell on the project. For the shrewd buyer it could make a good opportunity to swoop in and pick up a ready-renovated historic home for a bargain.

This might not be “Little America,” but what you’re getting here is arguably better. A cheap home in the Mediterranean sun, where you can immerse yourself in the Italian lifestyle in a historical village on a very modest budget.

I did eventually hear an American accent. It was a family of three generations sitting next to me at dinner. The grandfather looked Italian. They compared Chicago style deep-dish pizza to the Italian woodfired style. And the kid speculated that one day their house in Sambuca would be his…