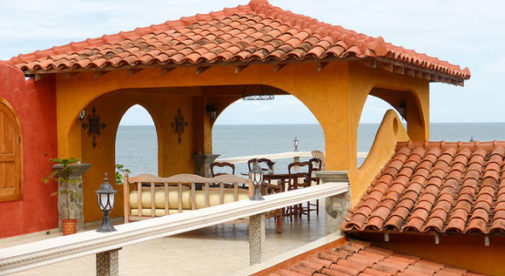 Life in Texas was not going well for Allen Connally. A professional designer, his business was falling off as more and more clients turned to the internet instead of the print publications he specialized in. And in his hometown near Austin, his earnings didn’t stretch nearly far enough.

Allen wanted a better life. He was looking for “a slower and more tranquil pace of life in a place where my dollars would stretch much, much further.” He also wanted to improve his Spanish, experience a new culture, improve his health, make new friends, and have some fun…something he’d not had a lot of in the previous few years.

“I have always liked Latin American culture and traditions,” Allen explains, so when he met someone who offered him a free place to stay in Panama, in exchange for doing some work around the place, he grabbed it. His plan was to go for six months.

Allen’s little cabin in Guarare, just outside of Las Tablas on the Azuero Peninsula, was paradise. Situated on 2.5 acres of land, with 150 trees, shrubs, and flowering plants, it should have been a showplace. Instead, it had been neglected and the plants were out of control.

Allen did his best to revive the property, but when the rainy season arrived he discovered that maintaining it was more than a full-time job. “At the same time my design business picked up, and I had a lot of projects going,” he says, and Allen found himself working too many hours every day.

When he realized that he wasn’t experiencing any of the benefits of life in Panama, Allen made a point to work less, and to get out and meet more people. He started attending an informal aqua aerobics class at the local pool, meeting new friends for dinners and parties, and expanding his social circle.

After several months of relying on taxis and buses to get around, Allen bought a car to make it easier to spend time with friends and experience Panama.

Then someone recommended he connect with a woman who could help him improve his Spanish, and that’s where he met Otilia. “I fell instantly in love with her,” Allen says. They knew they had something special and less than a year later, he married his Panamanian sweetheart.

After the wedding, Allen experienced a true Panamanian lifestyle firsthand when he and his new bride stayed at her parents’ house for 18 months while they built a home of their own.

The house, which Allen says would be worth well over $200,000 back in Texas, cost him about $40,000. It’s light and airy, with tile floors throughout and high-end finishes like granite counters, and includes two bedrooms and an office.

Because he was focused on getting the house built, he spent less time on his business, and projects and income have declined. “If my business declined like this in the U.S., I’d be living under a bridge,” he jokes, “not in a really nice house, spending under $1,500 a month.” Allen says he used to spend at least $4,500 a month when he lived in Texas, and sometimes a lot more.

What was supposed to be a six-month experiment has turned into a new life for Allen. Best of all, he has accomplished most of the goals he set for himself before he left the U.S. He’s lost about 25 pounds, and feels healthier. His Spanish is a lot better, he’s experienced a new way of life, met lots of new friends, and his dollars stretch a whole lot further than they did in Texas.

In Panama, Allen is happy, in love, and having fun.